Notes from the ground at Redsfest 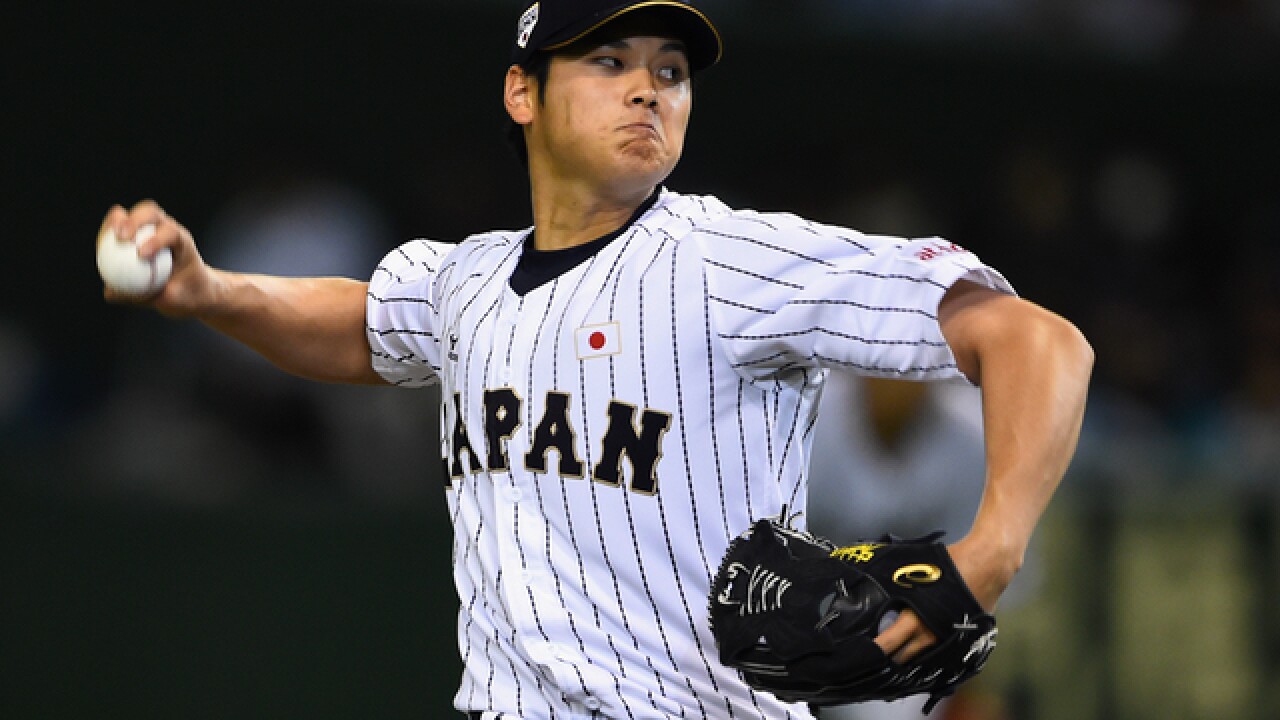 CINCINNATI — The perfect gift for fans at Redsfest would have been a Shohei Ohtani announcement.

Reds president of baseball operations Dick Williams could not deliver that.

“If we end up getting him, we’ll have another Redsfest in January,” Williams said.

Signing Ohtani, the 23-year-old right-handed pitcher/outfielder from Japan, would merit that. The Reds have to be considered a longshot in the race to sign Ohtani, but Williams is trying to get it done.

“We’ve put a lot of thought and effort into this project,” he said.

Because Ohtani is under 25, he cannot come to the U.S. as regular free agent. Teams have to sign him out of their regular international signing pool. That makes him a huge bargain.

And reports are money is not the driving factor. His agent sent a letter to all 30 teams. The Associated Press reported it asked for the following:

The Reds answered the questionnaire. But that’s just the beginning. Williams refers to attempting to sign Ohtani as “a project.” He leaves it at that.

“Out of respect to the player and his representatives, I don’t want to get into that,” Williams said. “I don’t think they want all the teams hashing it out in the court of public opinion.

“From here, I want him to be able to converse directly with us and make his decision. I don’t try to lobby and brag about what we have or haven’t done.”

Shortstop Zack Cozart is likely to leave as free agent. But the Reds are not conceding that.

The Reds have been quiet this offseason for the most part.

“I’ve given up on trying to predict the pace of offseason activity,” Williams said. “It’s been quieter than the last few offseasons so far. I guess it’s due to Ohtani and (Giancarlo) Stanton. But it always seems like there are big guys out there. I don’t why it would have such an effect this year.

“I can just say for us it’s been quieter.”

Things will pick Dec. 11 at the Winter Meetings.

“We’ll go there with the same goals in my mind and be ready to react.”

Top draft pick Hunter Greene was one of the stars of Redsfest, despite barely playing in the minors, much less in Cincinnati.

“It’s been a lot of fun,” Greene said. “The whole set-up is really cool. People are awesome. How it’s all set up and organized, it’s really fan-friendly. I’m just having a great time. I’m getting to meet some new guys and people and fans and management, and major league ballplayers. It’s fun and a great experience.”

Greene might have been a big attraction, but he’s still an 18-year-old kid. Fittingly, his father, Russ, was recording everything on his iPhone.

Hunter says his life is pretty much the same as it was pre-draft.

He did get his driver’s license and used some of his $7 million bonus to a buy a 2018 Mercedes E400 Cabriolet.