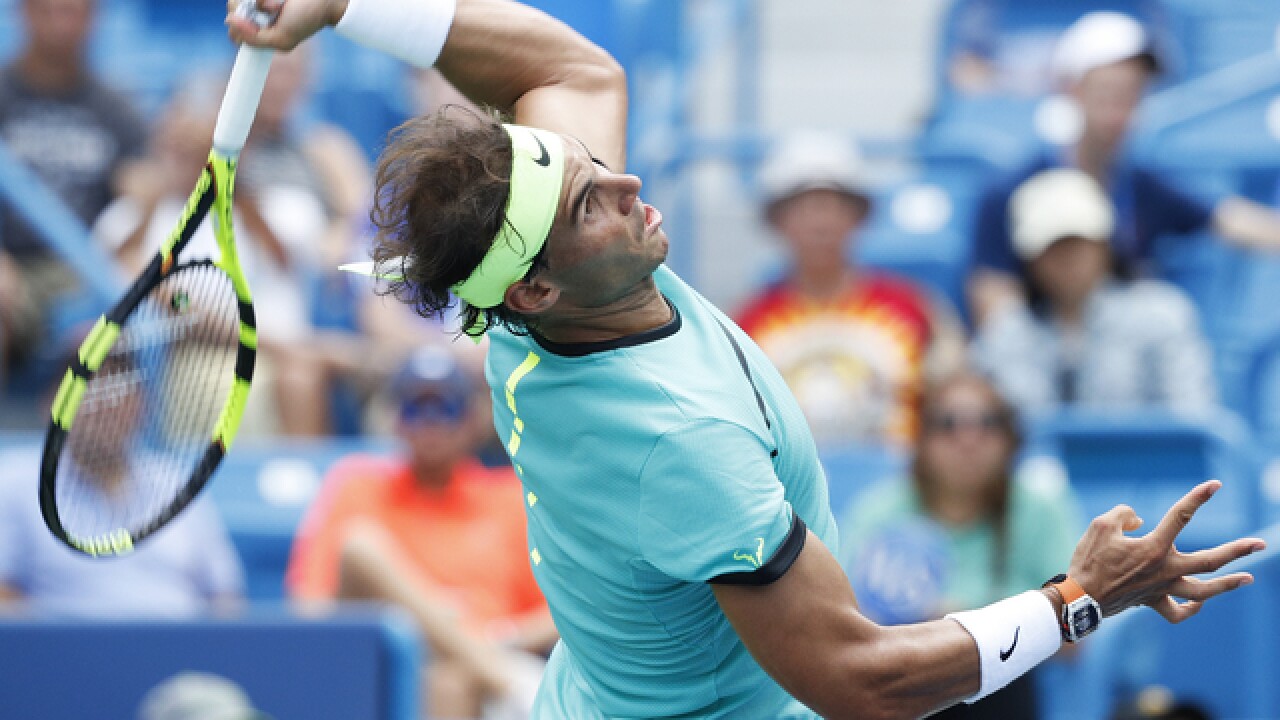 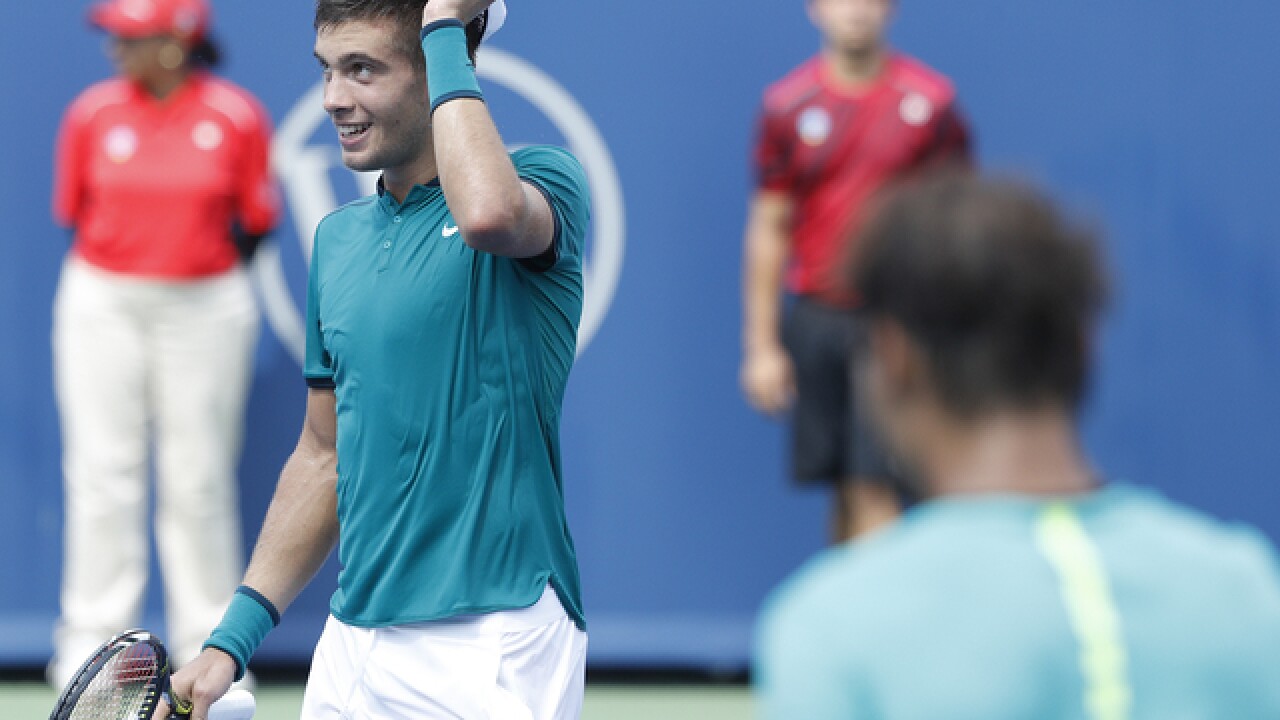 MASON, Ohio -- Rafael Nadal missed two and a half months with a wrist injury then returned to play singles and doubles in the Rio Olympics.

“I spent four and a half hours, five hours on the court every day,” he said.

Still, Nadal showed up to play in the Western and Southern Open at the Lindner Family Tennis Center. Nadal was bounced 6-1, 6-4 by unseeded Borna Coric in the Round of 16 Thursday afternoon. Nadal was dealing with a combination of pain, fatigue and rust.

However, he felt obligated to show up and play on.

The name has changed through the years. But the Cincinnati stop on the tennis tour — that’s how the players refer to it — has always been a big event on the tournament calendar. It’s an ATP Masters 1000 tournament. It’s two weeks before the U.S. Open. It’s played on a same surface as the Open. That usually means it gets the best of the best as far as players go.

But this is an unusual year. The W&S started right after Olympic tennis ended.

The two top players in the world, Novak Djokovic and Serena Williams, aren’t here after competing in the Olympics.

Steve Johnson, the top-ranked American after beating seventh-seeded Jo-Wilfried Tsonga in the Round of 16 here Thursday, says the Olympics hurt tournaments like the Western and Southern.

“You know, it’s not the best time of year for the Olympics for tennis, to say the least,” Johnson said. “I think Toronto got hit hard.”

He was referring to the previous ATP Masters 1000.

“It’s unfortunate because that’s a great event,” Johnson said. “I really enjoyed my time up there this year. Guys have to be smart. It’s tricky playing a Masters, going to South America, coming back to here with the U.S. Open in 10 days’ time or whatever it is. It’s a tough time of year ... This is why you see a lot of retirements or pull-outs. Guys are thinking bigger picture. It is tougher for the schedule with the Olympics being in the heart of two Master Series.”

Tennis gets an A-list field for the Olympics. Johnson, who ended up winning a bronze medal in Rio, relished the chance to represent the U.S.

“To go to Rio — I’ve said it a bunch,” he said. “To get a chance to play in the Olympics for your country is an honor. To then have a chance to win a medal is even better. To come home with a medal, it’s something I’ll never forget, and it’s definitely one of the bigger highlights of my career.”

So if the Olympics falls just before the W&S in four years, it will likely affect the field again.

But the Western and Southern is good enough that even with a bit of a water-downed field, you get to see some great tennis. On center court Thursday in back-to-back single matches, you had Nadal, winner of 14 Grand Slams, and Andy Murray, the Olympic gold medalist and the reigning Wimbledon champ.

The guy who beat Nadal, Coric, is 19, so he’s probably a star in the making. And you had Johnson moving into the No.1 ranking among Americans.

Western and Southern is one of the cooler events on the Cincinnati sports calendar -- a truly international event in the shadow of Kings Island.

Even in Olympic years, that means world-class tennis.