Fay: Griffey the 'Family Man' brought tears to my eyes 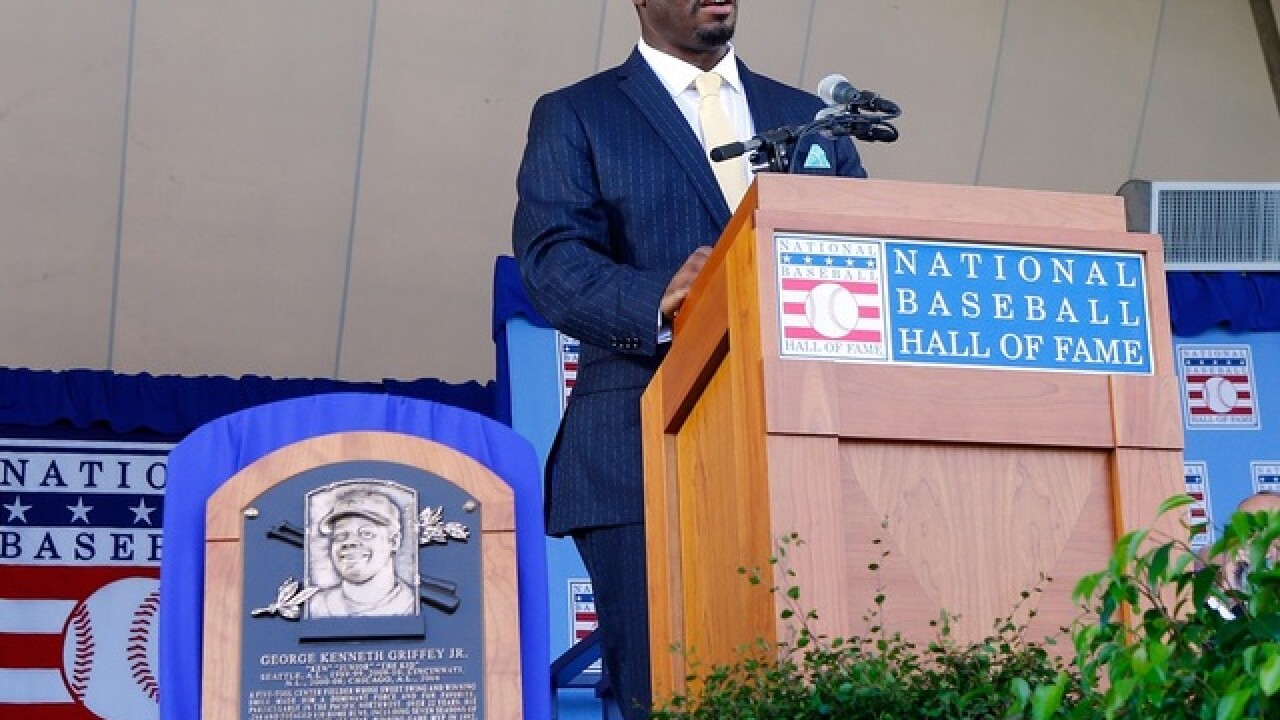 COOPERSTOWN — Isbell, a baseball fan and a friend of Homer Bailey’s, unknowingly and perfectly described Hall of Fame Weekend when he penned that.

Sunday’s ceremony triggered emotions that you don’t quite expect. I grew up hating the Yankees, but when Joe Torre walked Whitey Ford onto the stage, I had to dab my eyes.

It was that kind of weekend. I spent the weekend kicking myself for not getting to Barry Larkin’s induction in 2012. Cooperstown is not an easy place to get to and I was in the middle of a long travel grind of the Reds season, so I skipped it. Bad move. A lot of things in life are overrated; Hall of Fame weekend is not one.

Sunday could not have been better — blue skies with puffy white clouds against the backdrop of luscious green hills — and the induction itself did not disappoint.

But the common thread was that neither could go a minute or two without breaking down in tears. They were telling their life stories, stories that got them to the pinnacle of baseball.

Their stories weren’t that different from the life stories of the 50,000 people there to celebrate; everyone in life has a lot of people who get them to where they end up.

Griffey said Birdie had to be mom and dad because Ken Sr. spent so much time away; my mother, the late Mary Grace Fay, was literally both to me after my father died when I was five months old. That connection pulled at my heart strings.

I knew the Griffey we Reds writers saw on stage was there: He’s a tremendously giving and caring man. We butted heads when I covered him over things I wrote, but on a personal level, he could not have been kinder.

My lasting memory of him is not some majestic home run or some leaping catch. It’s what he did on the sidewalk outside the Union Square Westin in San Francisco. I was back on the road after my brother had died.

Griffey was talking on his cellphone when he spotted me. He hung up and offered his condolences. We talked for a few minutes. It meant a lot to me at the time; it still does.

A lot of people see Griffey as arrogant and aloof. I never saw him that way. Could he be hard for a writer to deal with? Absolutely. I always thought he was a little bit shy, and the man absolutely abhors talking about the "baseball" Ken Griffey Jr.

But I’ve never met anyone more dedicated to their family.

That side of Junior was on display Sunday. I’m glad he went that route — even if it did almost having me crying like an old woman drinking gin.