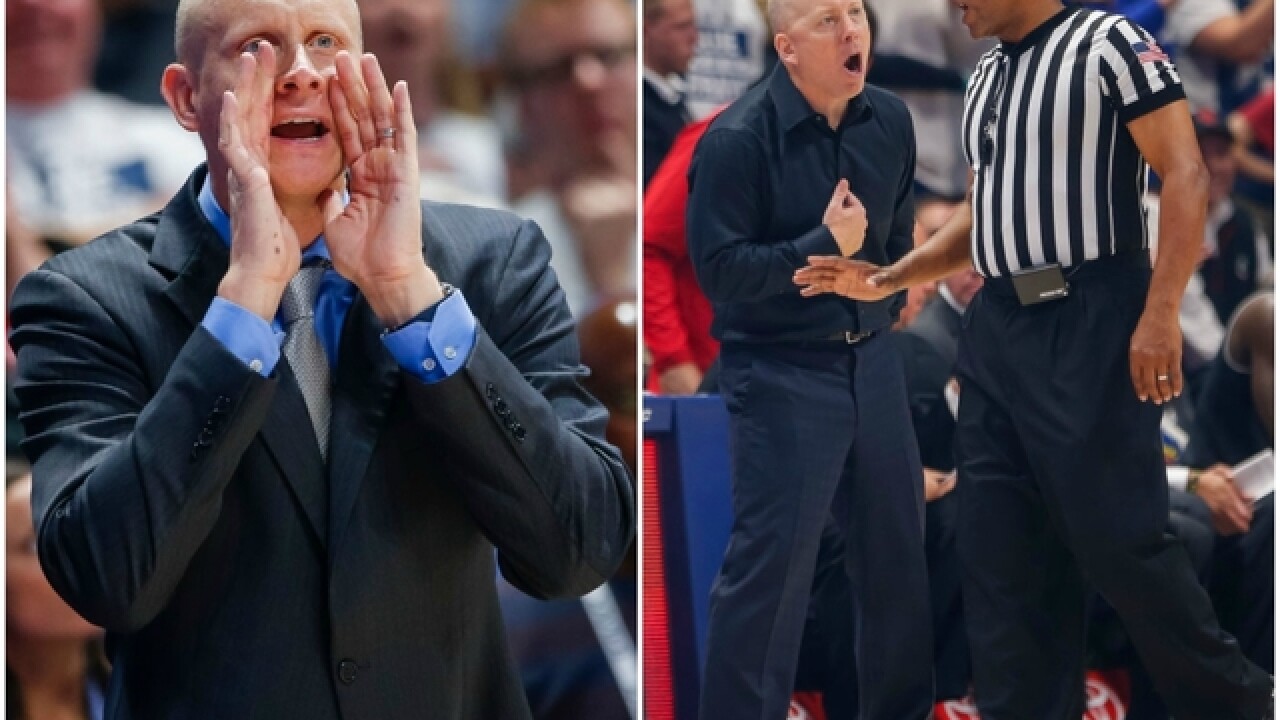 CINCINNATI — We have our Crosstown Shootout controversy back.

Mick Cronin and Chris Mack, civil rivals and friends off the court, were livid at each other after Mack’s Xavier team beat Cronin’s UC team 89-76 Saturday at Cintas Center.

Cronin and Xavier senior J.P. Macura were called for technical fouls with 36.8 seconds left in the first half. They had words with one another after the game.

In postgame press conference, Cronin did not mince words about with Macura without ever mentioning him by name.

“I’ve never had a kid tell me to ‘F’ off three times,” Cronin said. “During the game and after the game. You know who it was. Same guy every game. Fifteen years I’ve been a head coach, five as a assistant with the (Bob Huggins), two with (Rick) Pitino and I’ve never seen anything like it.”

There’s nothing to talk about. If he was playing for me, he wouldn’t play. He couldn’t play for me.”

Mack obviously heard what Cronin had said when he entered the press room a little later.

“I’m not going to have the narrative be anything other than us playing better than Cincinnati and beating Cincinnati today.”

But Mack was not finished.

As if Huggins and Gillen are coaching in the Shootout again. It’s what makes rivalries rivalries. And this one, at least for now, has its bitterness back.

Mack would not give specifics about Macura’s side of the story.

“I’m not answering any questions about he said, she said when there’s two sides to the story,” he said.

Cronin was given a second chance to explain and didn’t take it.

“I thought I was pretty clear in my statement,”Cronin said. “I don’t have anything else to say.”

Mack did have more to say when given a second chance and he was much calmer.

“J.P.’s my guy,” he said. “He’ll fight for every inch on the basketball court. He’s great kid. I’m not going to let anyone control the narrative on who they think J.P. Macura is. He’s a warrior. He’s does things the right way.

“He’s made mistakes — just like every kid on their team and every kid on our team and probably everybody in here in college. To say he wouldn’t play for me, I think that’s really disrespectful.”

The Shootout has had it’s share of controversy. Huggins and Gillen did not like each other. They had an incident over the postgame handshake in 1994.

There was an ugly fight in 2011. That led to the game being played at U.S. Bank Arena the next two seasons. It moved back to the campuses after those game were played without incident.

Will this one blow over?

My guess is it will be worked out. Cronin and Mack are similar. They’re tough competitors, and they’re fiery.

Both blew off some serious steam. Mack was asked how he’d celebrate.