Fay: Cronin's 2017-18 Bearcats might be his best team and are certainly his most talented 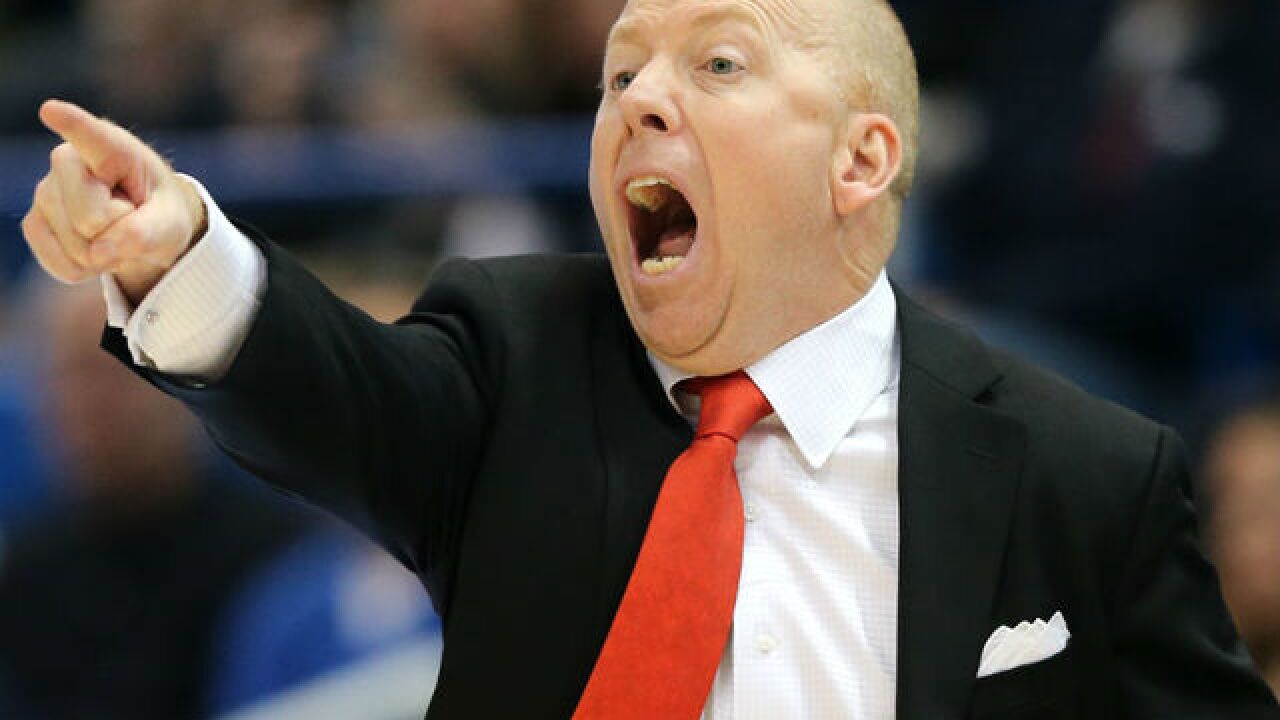 HIGHLAND HEIGHTS, Ky. -- The big question about this season's version of the Cincinnati Bearcats is this:

Is this Mick Cronin’s best team?

It’s hard to judge anything on the opener. The Bearcats, after all, were playing Savannah State, a Mid-Eastern Athletic Conference team competing in Division II. UC won 107-77, despite a sloppy effort.

Cronin, as is his wont, focused on the sloppy part. Was he happy with anything he saw?

“Um . . . Not a whole lot,” Cronin said. “Not a whole lot. Our attitude’s great. Guys are trying. I thought the 20 turnovers we had drive a coach crazy. The year’s too long. I can’t lose it on the first game. I can't go to the Maalox that early.”

Even against a team like Savannah State, the Bearcats’ talent level showed through. UC is athletic, big and deep with scorers. The holdovers -- Jarron Cumberland, Jacob Evans III, Gary Clark and Kyle Washington -- would make UC a good team if they were merely surrounded by role players.

But the new players are much more that that. Cane Broome, the transfer from Sacred Heart, is going to be a huge factor. He’s athletic and he can shoot the 3. He averaged 23 points a game and was the Northeastern Conference player of the year in 2015. He won’t have to carry that kind of load at UC. He scored 17 points in 20 minutes on Friday.

Broome is part of an influx of talent. Freshmen Keith Williams, Trevor Moore and Eliel Nsoseme are really good. Williams had 10 points and five rebounds in 15 minutes. Moore had eight in 14 minutes. Nsoseme had eight rebounds in 13 minutes.

“They change our pace,” said Evans, who led UC with 19 points. “We’re more up and down. I think on the defensive side it will change us most. We’ll be able to get up under people.”

Jenifer is making an early run as most improved player.

“When I was out this summer with my surgery, I was watching a documentary on (Cleveland Cavaliers guard) Isaiah Thomas,” Clark said. “I sent it to (Jenifer). I was like: ‘This is you. Little killer. We need you to do that.’ To see him out there performing the way he is, he’s just going to get better."

UC looked out of sorts for stretches of the game. Savannah State even got the lead to single digits with 12:31 to go. But UC’s talent overwhelmed the Tigers in the end.

The Bearcats had six players in double figures.

The question will be how quickly the talent can meld together into a unit. The Bearcats were a bit sloppy, turning the ball over 20 times.

Cronin has gotten his players to buy into his way of looking at things -- trying to fix what's wrong instead of settling just for what's working.

“We always look at the things we can do better as a team,” Evans said. “This game it was our turnovers and the way we defended the three. We let them catch and shoot a little too much. And we turned the ball over way too much. I had five. I can’t do that.”

The big tests will come in December when UC has Xavier, Florida, Mississippi State and UCLA, consecutively.

UC is far from a finished product, but it’s hard to argue against the talent. The newcomers make this team more talented than last season -- and the Bearcats won 30 games last year.

If Cronin can get this group to play like that group, big things are possible.