How long will Castellini tolerate this bullpen? 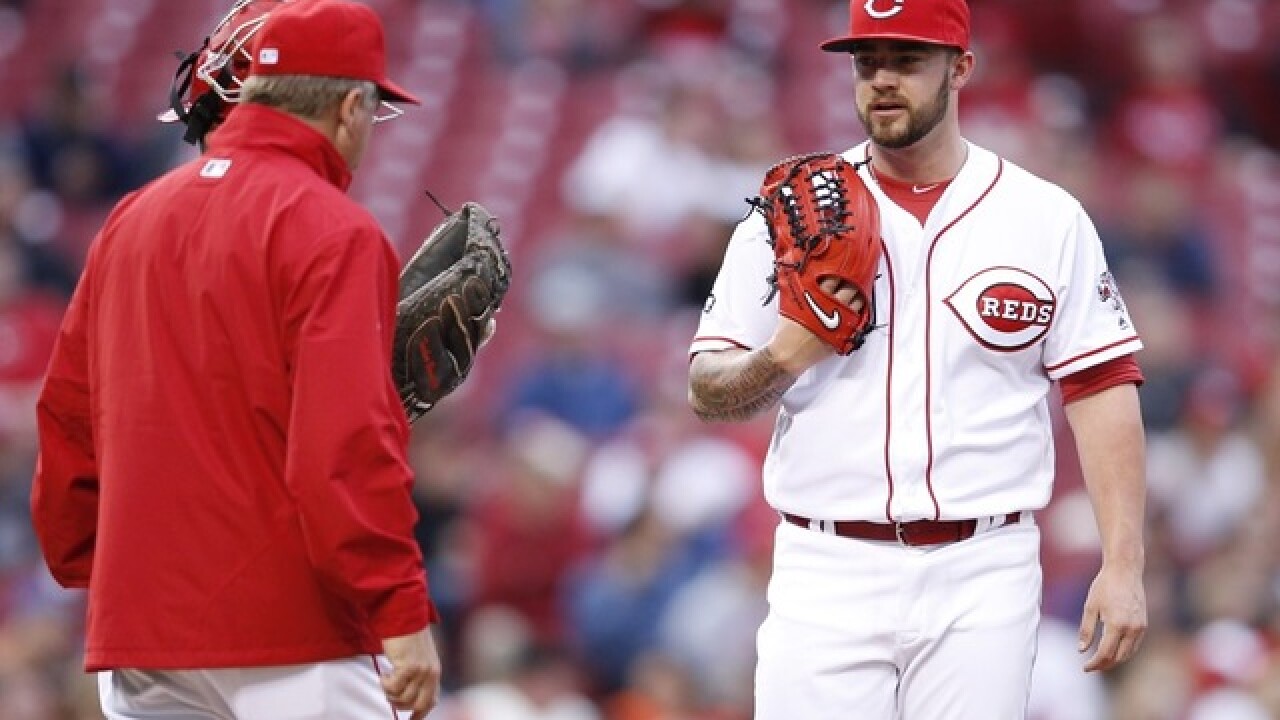 Joe Robbins/Getty Images
<p>CINCINNATI, OH - MAY 02: Brandon Finnegan #29 of the Cincinnati Reds looks on after giving up three runs in the second inning of the game against the San Francisco Giants at Great American Ball Park on May 2, 2016 in Cincinnati, Ohio.</p>

The Reds bullpen has been historically bad. The club had nine different pitchers at Triple-A or Double-A with ERAs of 2.25 or under going into Tuesday.

Why not bring up one or two or four?

There seems little hope of the bullpen getting significantly better with the same cast of arms. Pick any number you want. They’re all bad. The Reds have a 6.52 bullpen ERA, worst in Major League Baseball. The relievers have runs allowed in an MLB-record 21 straight games. The relievers have 56 walks, most in the MLB. Blake Wood has a 3.46 ERA. Everyone else is at 4.09 or above.

So why not go young? I’m not talking about top prospects Robert Stephenson or Cody Reed here. I get that the Reds want to keep them in the minors to delay free agency.

I’m talking about guys who aren’t on the top prospect list but who are throwing the ball extremely well in the minors. But it sounds like the Reds are not ready to push the development pace for their young pitchers.

“That’s really a tough question to answer,” Reds manager Bryan Price said. “The answer is keeping an eye on the progress of the players. By bringing them to the big leagues early, can we slow their development? I think that’s the question that’s being asked organizationally.”

The Reds have signed on to rebuild. That means placing development above wins.

“We’re going to bust our tails to win as many as we can,” Price said. “But we understand that we’re transitioning somewhat. The impetus is not to reach down and grab the guy who is pitching the best to get him up here as soon as possible. If we were on the verge of wining the World Series, I think we would take more risks.

“Because of where we are, we’re not going to take the risk early in the season. That would be my stance, my understanding. You may get some different feedback from Walt, Bob C. or Dick.”

But no one expected the bullpen to be this bad. Attendance is way off already. Monday’s game — Johnny Cueto’s return to Cincinnati, no less — drew 13,829.

The Reds knocked Cueto around for six runs. But the bullpen blew a 6-3 lead, giving up six runs in three innings. A loss like that is hard to take.

“It’s miserable for a personal standpoint,” Price said. “But I also knew what I was getting into. We talked that there were going to be some growing pains along the way. I didn’t know to what degree.

“It’s been challenging to everybody. I’m not immune to that. I also did agree that it was time for us to transition and rebuild our pitching staff. It’s going to be painful at times.”

I don’t think Bob C. will sit back and watch this continue much longer. I would not be surprised if he tells his baseball people to shake up the bullpen.

If he does, here’s a list of relievers who have good numbers in the minors so far. None is even on Baseball America’s list of Reds top 30 prospects:

—RHP Dayan Diaz, 27: Signed as a minor-league free agent. Has a career 2.05 ERA in the minors. Looked good in spring training. He and Somsen, if fact, were the only two on this list in big camp.

I don’t know anything about these guys beyond their numbers. Scouts may think they have no chance in the majors right now.

But with the way the bullpen has gone so far, it’s at least worth considering brining up one or two or four of them.