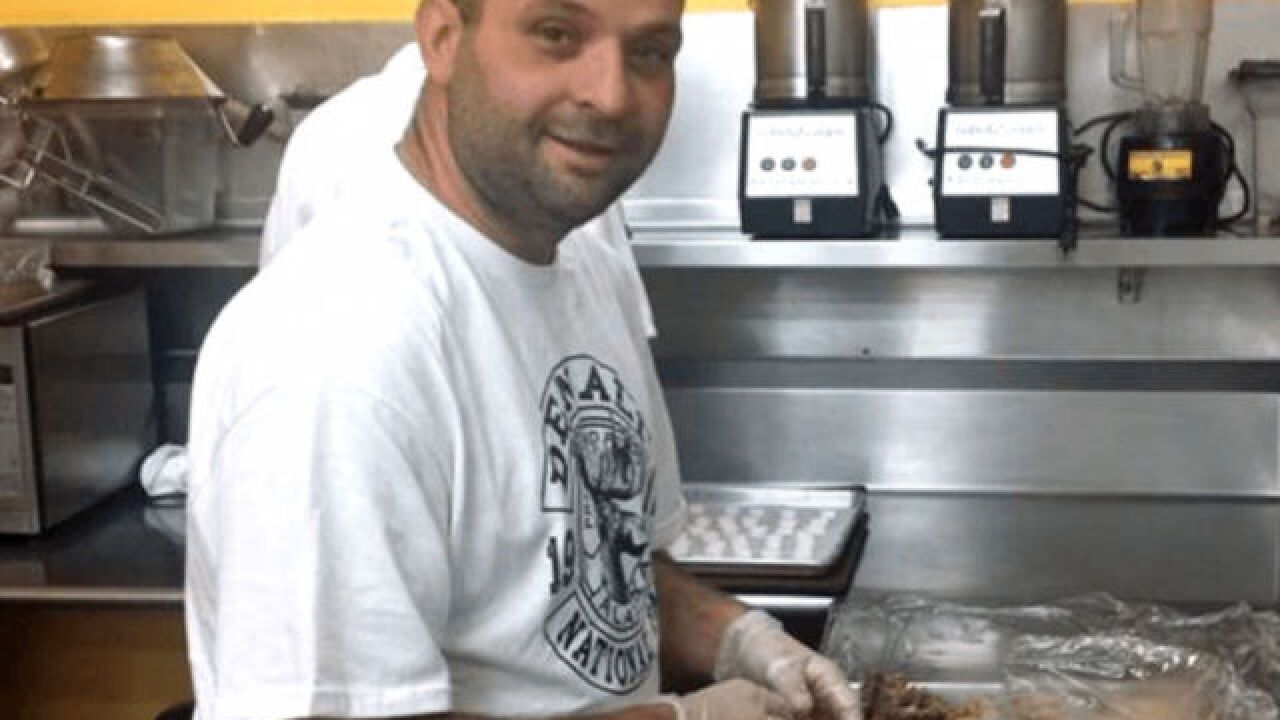 CINCINNATI -- Vitor’s Bistro recently closed down, but its hard-charging chef will remain in business. And so will the farm that supplied fresh produce and meats to the eclectic West Side eatery.

Of the Cleves-area farm where Vitor Abreu and his wife keep cows, pigs, chickens and pond bass and grow vegetables, he said, “We’re still working the farm. Our goal is to plant (spring seedlings) and do our normal routine.”

After the Bistro’s final bow, Abreu’s fresh vegetables and meats will feed patrons all over Cincinnati as the Portuguese-born chef devotes more time to his high-end food truck, Urban Vistro. La Soupe will receive greater quantity from the farm. And Abreu said he is looking into supplying other food pantries as well. One food bank, in Indiana, donated venison to La Soupe, and Abreu said he wanted to pay back the favor with his own surplus.

“Right now,” Abreu said, “we’re feeding out the cattle (at his farm). We’re getting ready to start seeds, and we’ll soon be looking at the different markets (for) produce from the Amish and things of that nature for (seed) starters.

“We’ll definitely be growing some lima (beans) again. Those were wonderful.” He said he planned a wide variety of crops, adding to his regulars mesclun and baby greens.

He’ll continue to use the kitchen at Vitor’s Bistro as a commissary for the food truck.

“We’ll definitely use as much (farm product) as we can on the truck,” he said.

And so, for now, the farm-to-table eclectic chef will become a farm-to-truck purveyor in his inimitable way – restless, with a large appetite for experimentation, ambitious.

“We’re doing everything from our chicken pot pie poutine (to) this weekend we did a fresh pad Thai. We just mix it up so much. We did an Asian Pacific Rim salad with a pan-seared ahi tuna.”

“We’ll be featuring New York strips and pan-seared salmon with an almond-ginger brittle using local honey for the brittle,” Abreu said. “We’re really trying to take things to the next level. That’s our slogan: ‘rolling to the next level.’”

As the wheels turn, Abreu said he’ll be scouting for a new restaurant location.

“The West Side,” he said, “obviously is not our side as far as the Western Hills area,” he said, believing there was not enough close-local support to keep his restaurant going. “We’d probably be looking for Downtown or the East Side.”

“I’ve been a chef,” Abreu said. “I will always be a chef, and I will continue to chef – eventually I will find another restaurant to open.

“Right now I’m just going to … get out as much as I can on the food truck. The extra time I’ll spend at the farm doing the farm things.”