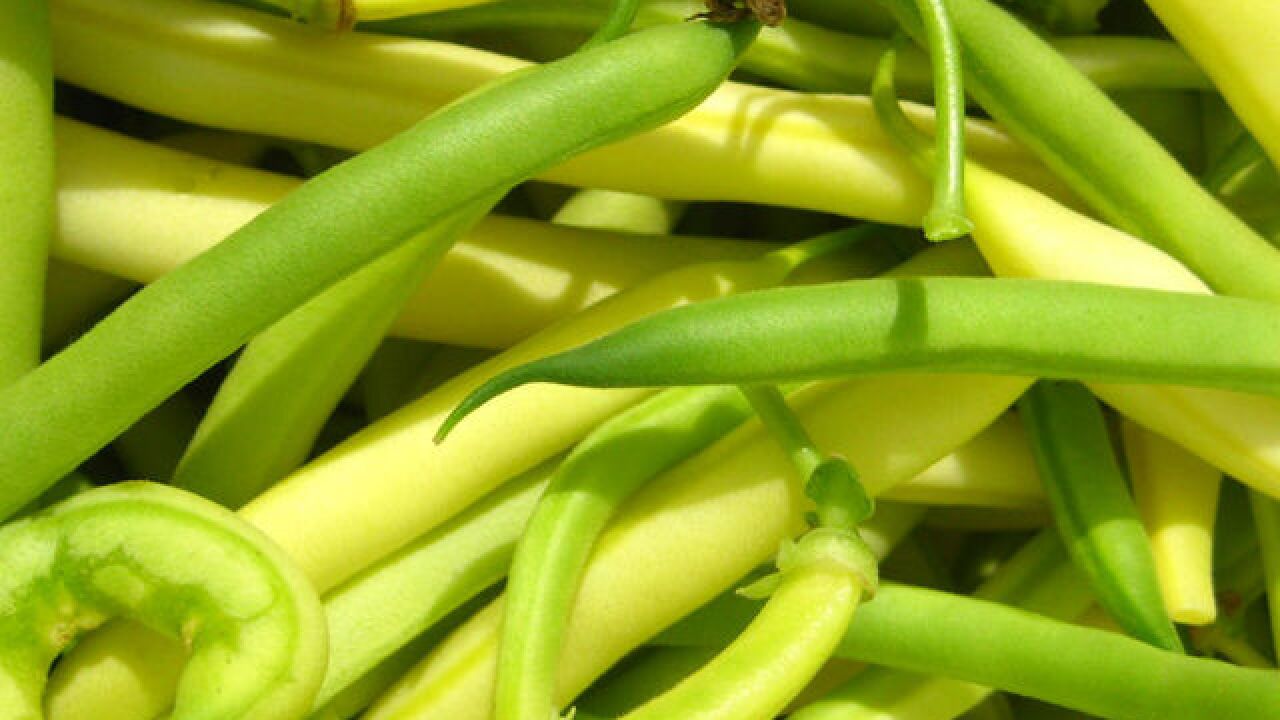 <p>Carriage House Farm in North Bend is seeing a promising start for vegetables such as beans, but its fruit trees may suffer because of recent cold. Provided</p>

CINCINNATI -- The recent cold snap and gray skies may have looked angry, but for leafy-green organic produce, they have signaled a cheerful start to spring.

As the year’s first growing season gets under way, what does the recent cold – and the especially mild winter before it – mean for area farms and tables?

Richard Steward, farm manager of Carriage House Farm in North Bend, said things are off to a promising start for vegetables, but many of his fruit trees may suffer.

So far, he said, “This has been almost a perfect season for us,” as far as vegetables are concerned. “All of our crops (currently growing) are cool-weather crops. It’s a perfect start for all of our perennial herbs. It’s a really good start for our honeybees because during the day we’re seeing a lot of sunflower growth, but it’s not getting hot enough to turn off the blooms. What we want is for that blooming season to run as long as possible for our ground flowers and wildflowers.”

In the coming weeks Carriage House and other sustainable growers in the area expect to be harvesting spinach, radishes, herbs and greens like mustards and Swiss chard.

“Right now,” he said, “it’s almost a perfect asparagus weather. Asparagus loves the warm, but if it gets too warm too quickly it starts sending out ferns (instead of fattening its stalks). … Right now, because of the cool weather, we’ll probably get 30 to 40 days of production out of it.”

The orchards are a different story.

“For some orchard owners,” Stewart said, “this has been a very bad season because of this cold weather. It’s been like a one-two punch.”

He explained that because of warm weather in February orchard owners had to prune their trees early, which was a lot of work, after which the trees started flowering in preparation to produce fruit. “And then we’ve had these pulses of cold weather,” which will have harmed many of the blooms.

Carriage House grows pears and other fruit, and Stewart said some may have suffered but others show signs of starting fruit.

“We’re investing a lot right now in root crops, in mustards. We’re trying to find Asian greens that do a lot better here in the Ohio climate (of today) but may not have been a standard in 1805 or 1860,” he said, referring to the history of his family farm, which was established in 1855.

If it has been rainy and cold this past week, however, it’s been nothing like last year where, Stewart recalled, we had snow on the ground until mid-March. This year it started warming up in February.

Annie Woods, owner of Dark Wood Farm in Burlington, said in the three years since she started Dark Wood “my experience has been you have to expect wild variation in the weather in March, April, May – in the springtime. Spring (brings) the most unpredictable months for area farmers, especially sustainable/organic ones.”

Like Stewart, she said, “We’re planting things like spinach and lettuces and greens and things that actually do really well in the cold.”

Tomatoes will go into the ground later.

“It’s all about preparedness,” Woods said, which can be difficult in present climate conditions.

“A lot of times people call it global warming, but in my mind it's just change – you don’t know if it’s going to (get) warmer or colder. And that comes in the form of rain and drought, too. We might get a lot of rain. We might get no rain.

“You have to be prepared for that as well. One of the things we did this year was, we’re orienting all of our rows … so that the water flows downhill … in case we do have 3 inches of rain in one day” – to avoid flooding, like she experienced in 2015’s heavy rains, which drowned her potatoes.

At the same time, she is working on ways to store rainwater for use in dry weather.

Claire Luff, co-owner of Finn Meadows Farm in Montgomery, said February’s warm spell may have been lucky in terms of timing.

“In early march, Luff said, “it was warm and sunny and because of that we were able to get into the gardens earlier than usual this year. So we were able to direct seed lettuce and Asian greens and beets and peas.”

“When there’s a cold snap that hits like there was this past week, it’s really important that you cover your crops to protect them from the frost and freeze. So we spent probably a whole day covering them several weeks ago when we knew it was going to get cold again. But they’re still doing well underneath the cover – so they’re okay.”

She said the season is “starting out very well just because it dried out early, in March. So it seems that by all indications that it’s going to be a really nice spring, at least from an organic farmer’s perspective.”

One gift of the cold weather, she said, is the spinach.

“The greenhouse crops actually get sweeter. The spinach will be sweeter just because it was colder at night. … The warmer it gets maybe the spinach won’t be as sweet. It’s still peak spinach season for the next couple of weeks. But the outdoor (spinach) should be coming on maybe in another month, and if the nights stay cooler then maybe that spinach could be really delicious, too.”