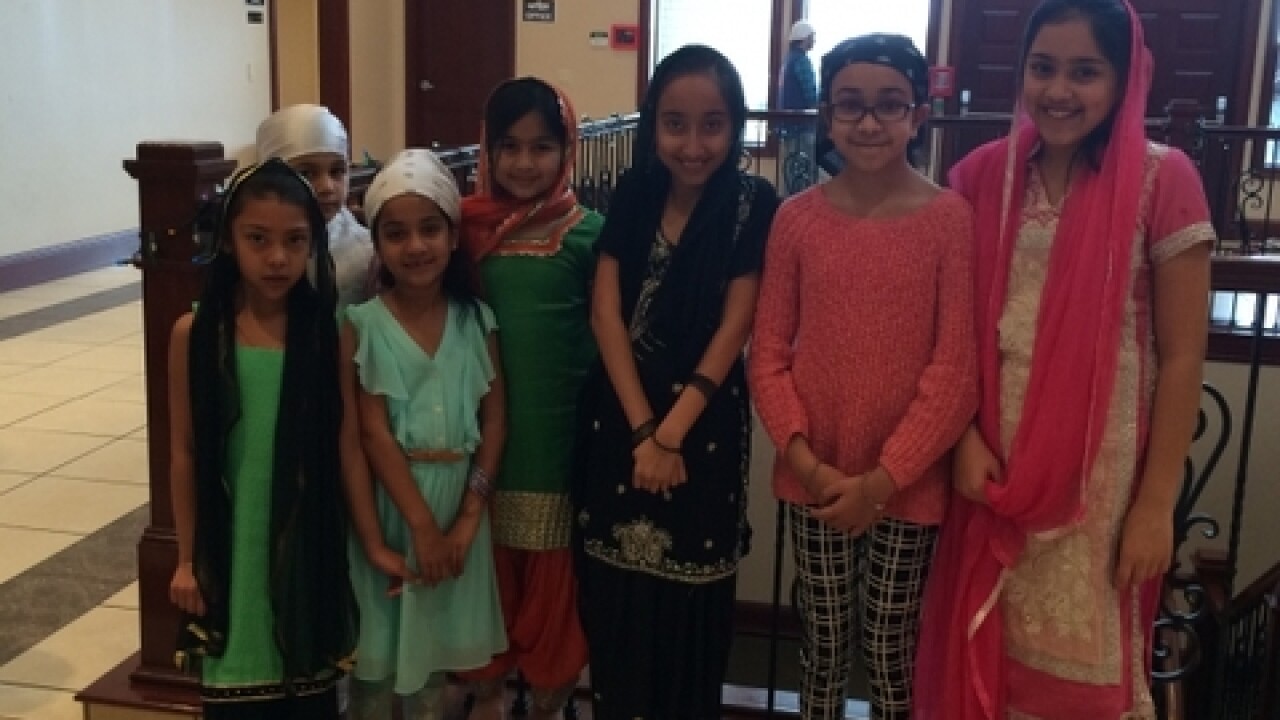 <p>Those on the security force say it is an honor to be able to protect the children and families who belong to the gurdwara. Sonia Chopra</p> 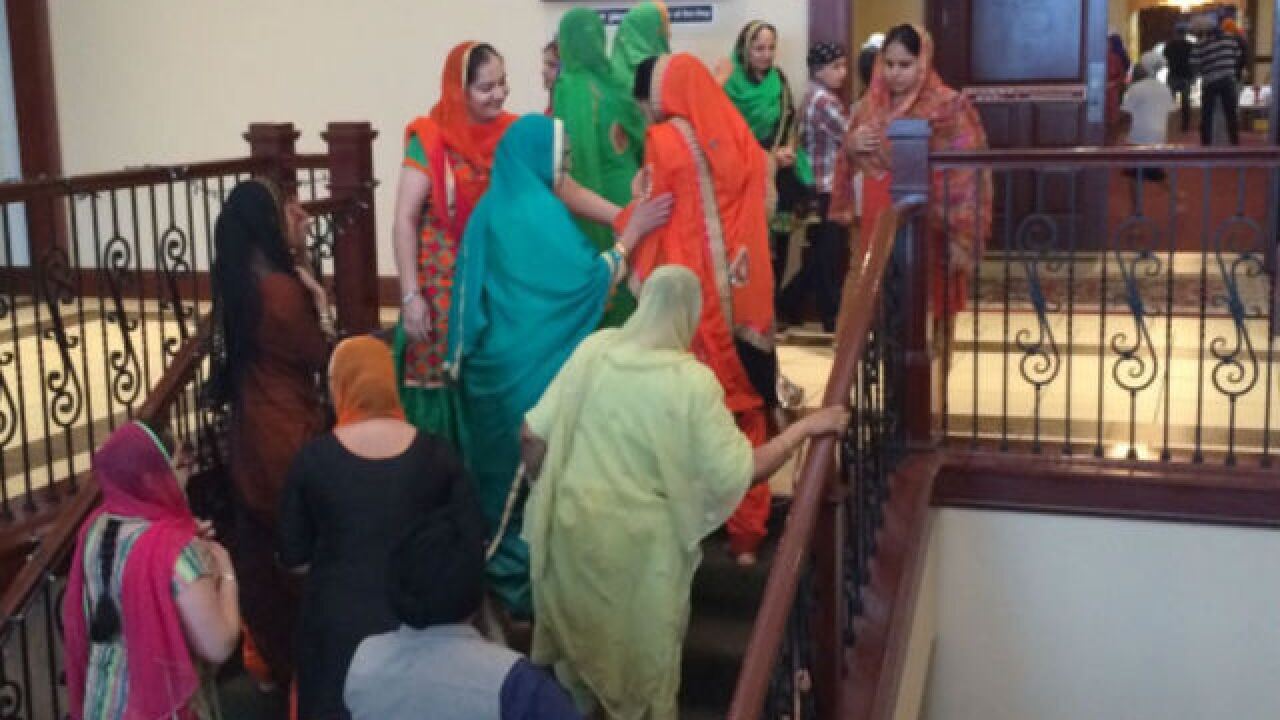 WEST CHESTER TOWNSHIP, Ohio -- Seven years ago, the Guru Nanak Society of Greater Cincinnati on Tylersville Road had all its four doors unlocked during its normal business hours.

The Sikh temple, or gurdwara, was following the primary rule of the religion Sikhism, which dictated that God is everywhere and everyone is equal in His eyes and visitors may enter the gurdwara from any direction, east, west, north or south.

On that day, the priests were gathered in the lobby while volunteers were preparing lunch as worshippers were arriving for Sunday services. It is a routine faithfully followed by Sikhs around the world in gurdwaras since the religion was established in the 16th century in India.

Soon after the Wisconsin incident, the executive committee of the Tylersville gurdwara held an emergency meeting and decided that they would have a high-level, sophisticated security plan to keep worshippers safe.

Today, they have a 12-member, all-male security team whose members carry concealed weapons. They were certified and have been trained and helped by both the West Chester police and the local Federal Bureau of Investigation.

Without divulging specific details, Dr. Satinder Bharaj, president of the gurdwara, said there are surveillance cameras, security alarms, television monitors and protected glass windows all around the facility.

“It’s a sad reflection of the times we are living in. Places of worship now have to be armed with weapons, but we have no choice, “said Bharaj, 51, who lives in Liberty Township and is a section head in the Healthcare Business Unit at Procter & Gamble. He wears a turban and has a beard, as all Sikhs do.

“We decided that we must never have a tragedy in our gurdwara, and now we are fully confident that we never will,” he said.

Sikhism is the world’s fifth-largest religion, with more than 25 million followers, and Sikhs can be identified by their long hair and turbans. They were among the first immigrants to help with building railroads in the western part of the country.

Bharaj said there were approximately 800 Sikh families listed as members of the gurdwara in the Cincinnati area. There are 500,000 Sikhs in the United States, according to The Sikh Coalition.

Even before the Wisconsin massacre, violence against Sikhs had steadily been on the rise since the attacks of Sept. 11, 2001, because people sometimes mistake Sikhs for Taliban members, who also have beards and sport turbans.

In the wake of the San Bernardino, California, terror attacks in December and the charged political rhetoric by some presidential candidates aimed at minority communities across America, the Sikh American community has seen a sizeable rise in cases of hate crimes and backlash over the past six months.

The Sikh Coalition, the largest Sikh civil rights organization in the United States, said there has been a 300 percent increase in these cases since December.

“It scares us very much when we are sometimes misidentified as Muslims and we are targets of hate crimes,” said Bharaj.

“We wanted to make it our priority to make our people feel comfortable in this environment, and we want to send a strong message to mischief makers that we are armed and ready.”

The security team members wear navy blue jackets with a gold crest that symbolizes a circle to denote the oneness of God with two entwined swords that stand for the protection and defense of the weak.

All the members, who range from their early 20s to 40s, carry concealed weapons in their daily lives and in their jobs, which include owning gas stations, convenience stores and trucking companies.

They say they are honored to be entrusted with the safety of the congregation and point out that their religion preaches “service to their community.”

“I know it is dangerous. I want to do this; I want to protect our people. I don’t care what happens to me as long as everyone is safe,” said Tirath S. Sandhar. “God is here. He decides when to give us life and when to take it away. Our breaths are numbered and our fates are preordained.”

Karan Singh, 30, and his wife Rupi Singh, 28, of West Chester bring their two toddler boys Navi, 2, and Yavi, 1, to the gurdwara often.

“We come to be a part of the community. We come to pray and teach our kids about our culture. We feel safe and comfortable always,” Karan said.

Bharaj said more than 2,000 families from Northern Kentucky, Indiana and Cincinnati consider themselves part of the congregation. On Sundays, worshippers come for the services, which consist of prayers and a huge meal. The men, women and children dress in traditional clothes, and head coverings are essential for both sexes. The meals are donated each week by a different family and include vegetables, lentils, rice, rotis (flatbread), yogurt and dessert.

Families are so dedicated to the success of the 20,000-square-foot gurdwara that they donated money for the construction and contribute toward the monthly mortgage payments.

Jaswinder Baath, the only woman on the executive board, said even the kitchen where the women prepare the meals has monitors.

“I am satisfied that we are doing a good job. We never forget that we have to be careful,” she said.

Bharaj, though, has found another issue to worry about: He is getting concerned about the rising popularity of presidential candidate Donald Trump.

“I want the new president to continue to be a unifier, not a divider. We all came to this great country for a reason, and that is to work hard, earn an honest living, take care of our families in a safe environment and contribute to society in general, Bharaj said.

“So when we are looked upon as other-than, it makes people very scared, which is not a good place to be.”