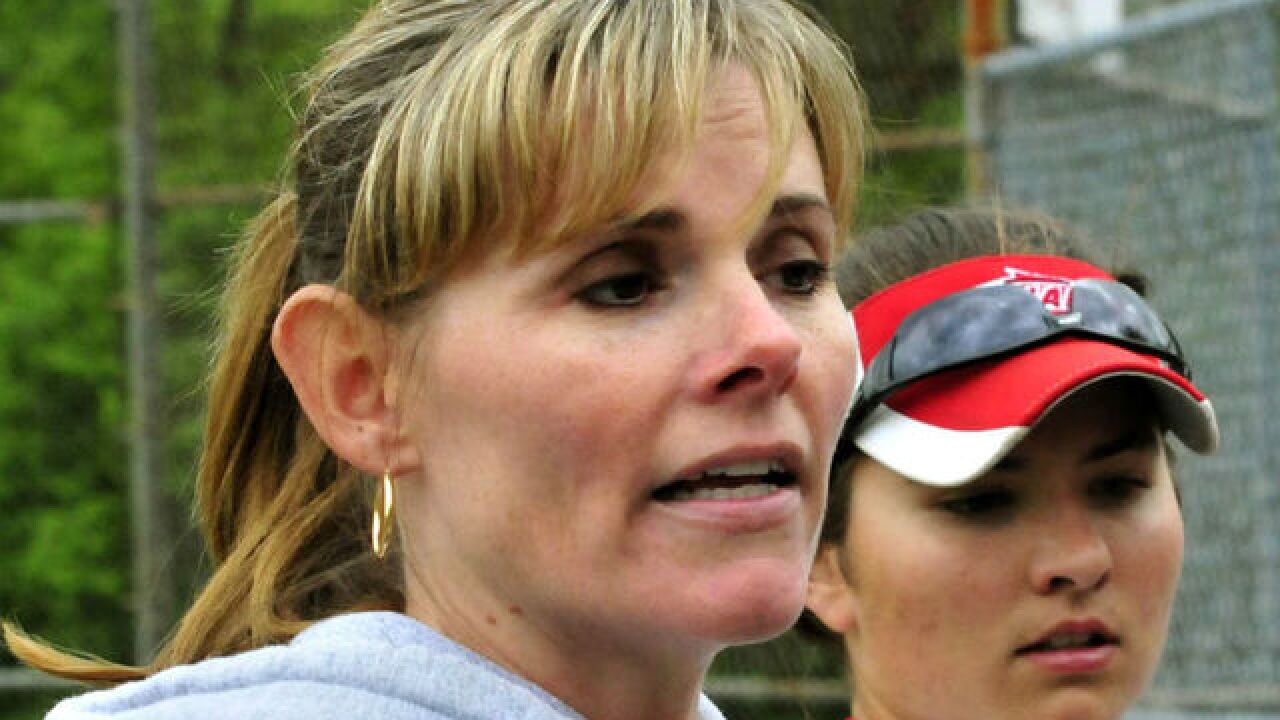 Stieger’s dedication, teaching and coaching instills characteristics her student-athletes have appreciated over the years.

“She’s made me a better person, a better athlete and a better student,” said 2010 graduate Jaisa (Fox) Emerson, now an assistant at Northeast Mississippi Community College. “She is a great person overall.”

"It's a great accomplishment for the program itself," Stieger said Tuesday night. "It's a great community and a great place to teach and coach."

According to the Ohio High School Athletic Association website, Stieger is tied for No. 20 in career wins with Springfield South’s Greg Newland. (The OHSAA site is commonly updated after a particular season).

On Tuesday, Sydney Wyatt was 3-for-4 with a triple and Taylor Delk hit her second home run of the season. Maddie Koger had a double and two RBI.

Stieger is in her 20th season as the Indians coach. She entered Tuesday with a 399-133 overall record. She has won four Greater Miami Conference titles, nine district titles and three regional runners-up.

“She’s a rock,” Fairfield athletic director Mark Harden said. “She is consistent. You can watch her teams now and 15 years ago, and they warm up the same way. They are disciplined and fundamental. She is super, super consistent.”

That consistency helps give confidence to her players on and off the field. The acronym DPT -- Dedication, Pride, Tradition -- is evident within the program each year. Stieger wants her players develop and improve in the sport over time.

“She eats, sleeps and breathes softball – that’s her passion,” said 2014 graduate Kate Bartolovich, who plays third base for Northern Kentucky University. “She absolutely loves it. She takes time to get to know everyone who comes through the program.”

“From my standpoint as an administrator, she makes my job easy,” Harden said. “She takes total ownership of the program.”

Stieger spent one season as the junior varsity head coach prior to becoming the varsity head coach in 1997. Only Lakota East coach Steve Castner and Ross coach Paul Fernandez are the other area coaches in the top 20. Castner entered the season with 467 wins, and Fernandez had 565 entering this spring, according to the OHSAA.

Princeton coach Emily Breitholle said Stieger is very deserving of the recognition. Breitholle played from 1997-2001 at Fairfield and was later an assistant under Stieger.

“She was tough,” said Breitholle, a former pitcher. “She didn’t put up with much. It definitely makes you better as a player.”

Years ago, Breitholle gave Stieger a framed photo of the coach encouraging the pitcher after a missed fly ball. “That was one of the better moments” of my high school career, Breitholle said.

Stieger supports all the Fairfield athletics programs and her dedication is second to none, those closest to her say. She is also the school’s sports information director.

“She loves Fairfield,” Bartolovich said. “She loves her players and the community.”