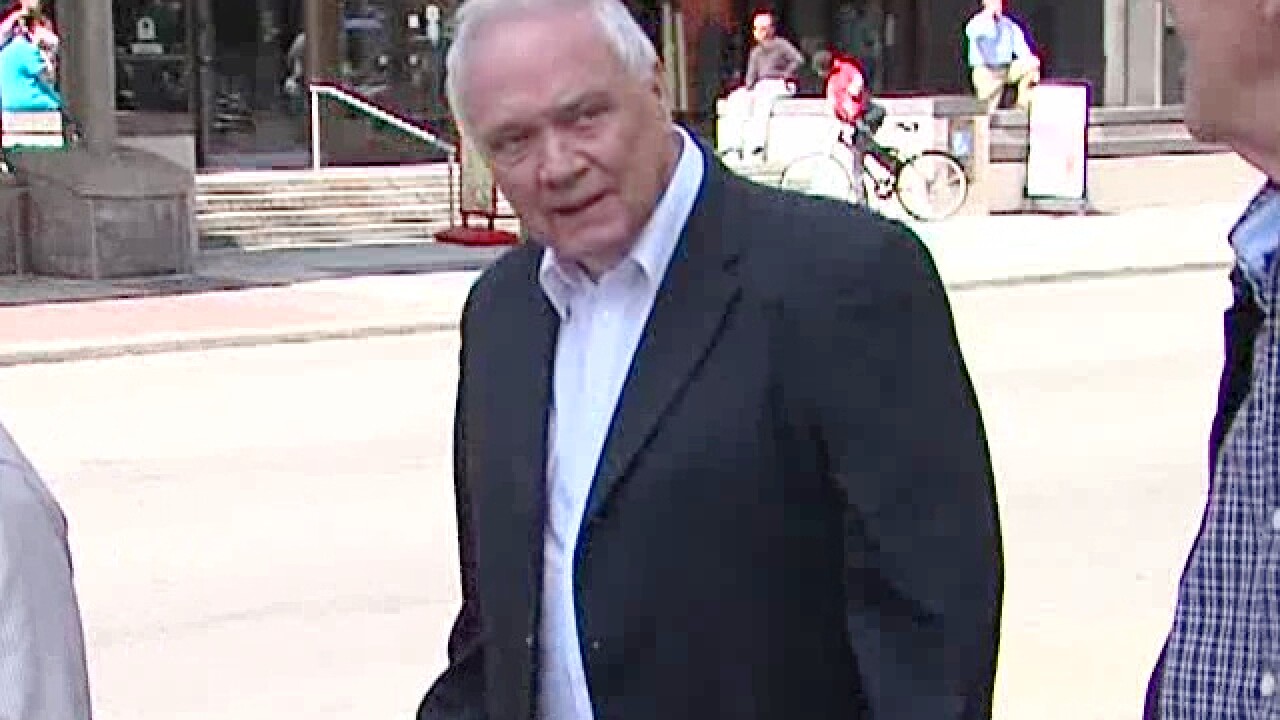 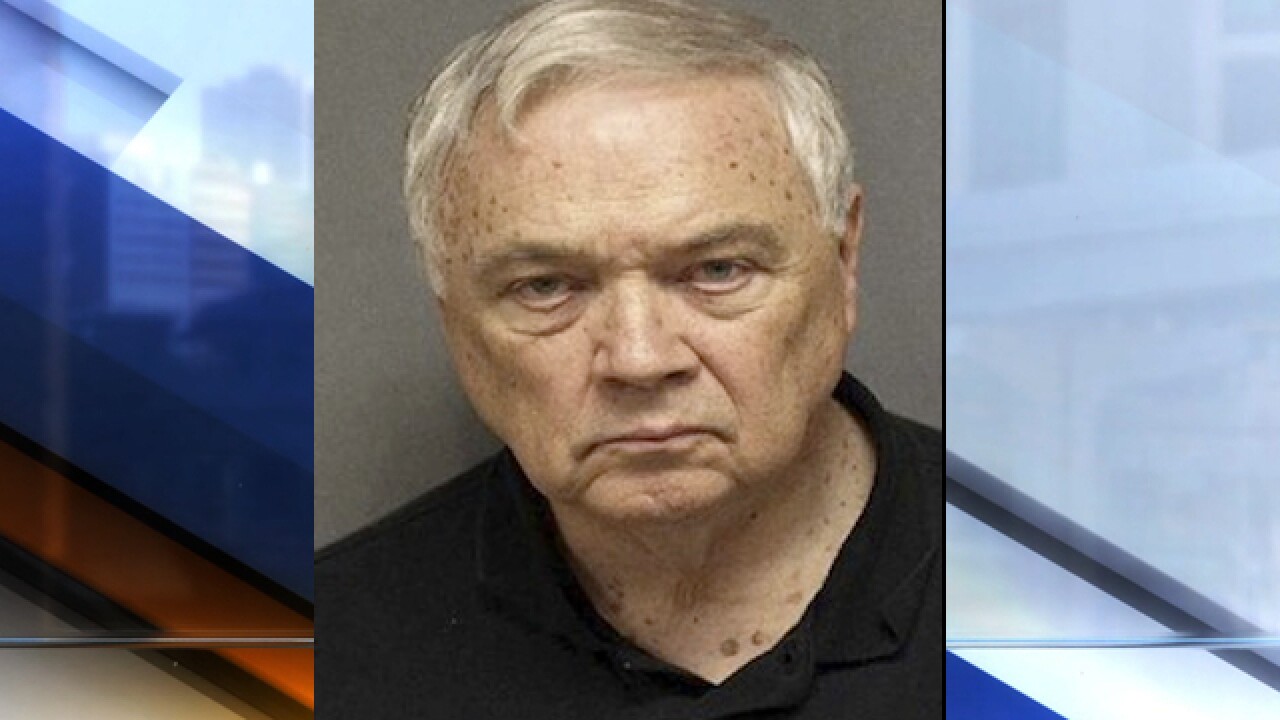 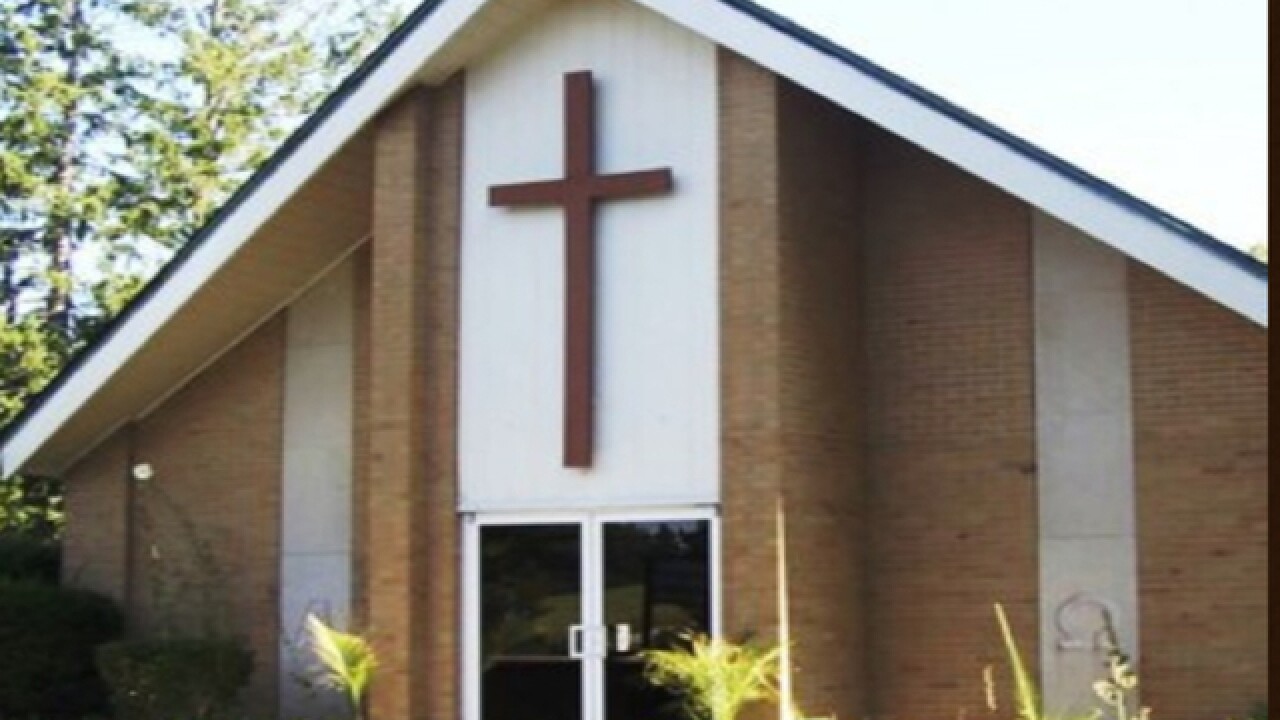 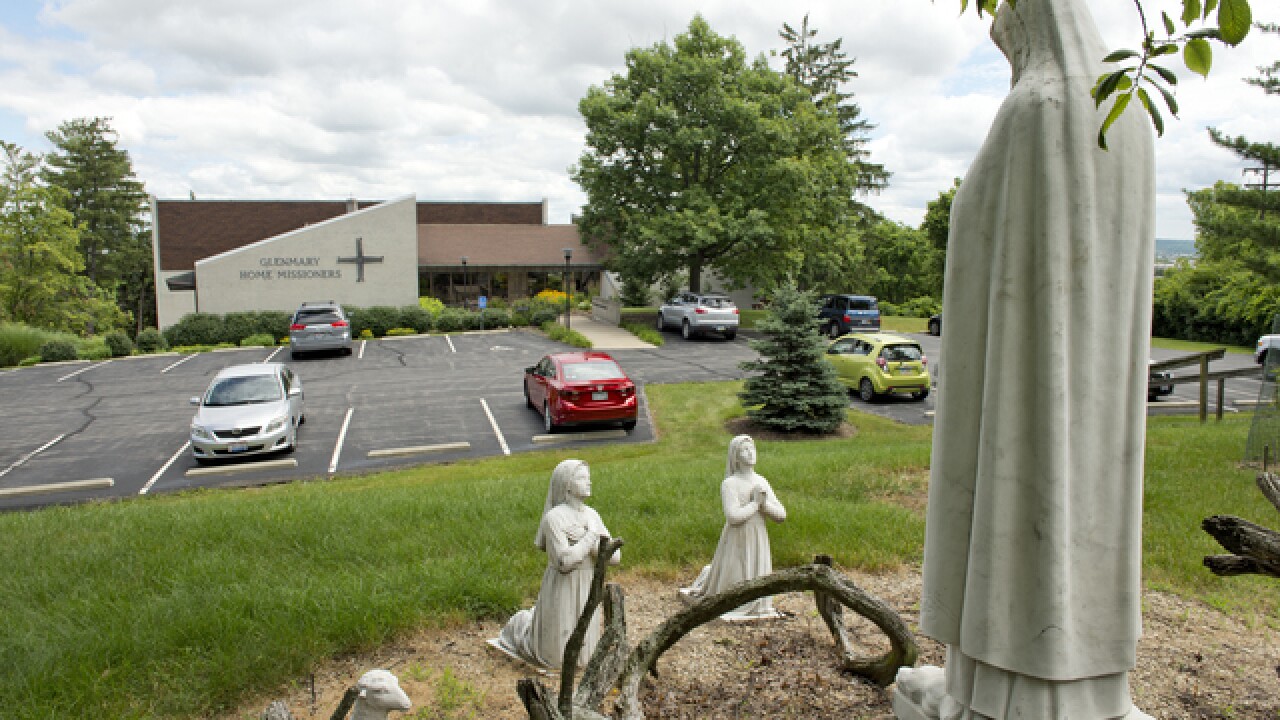 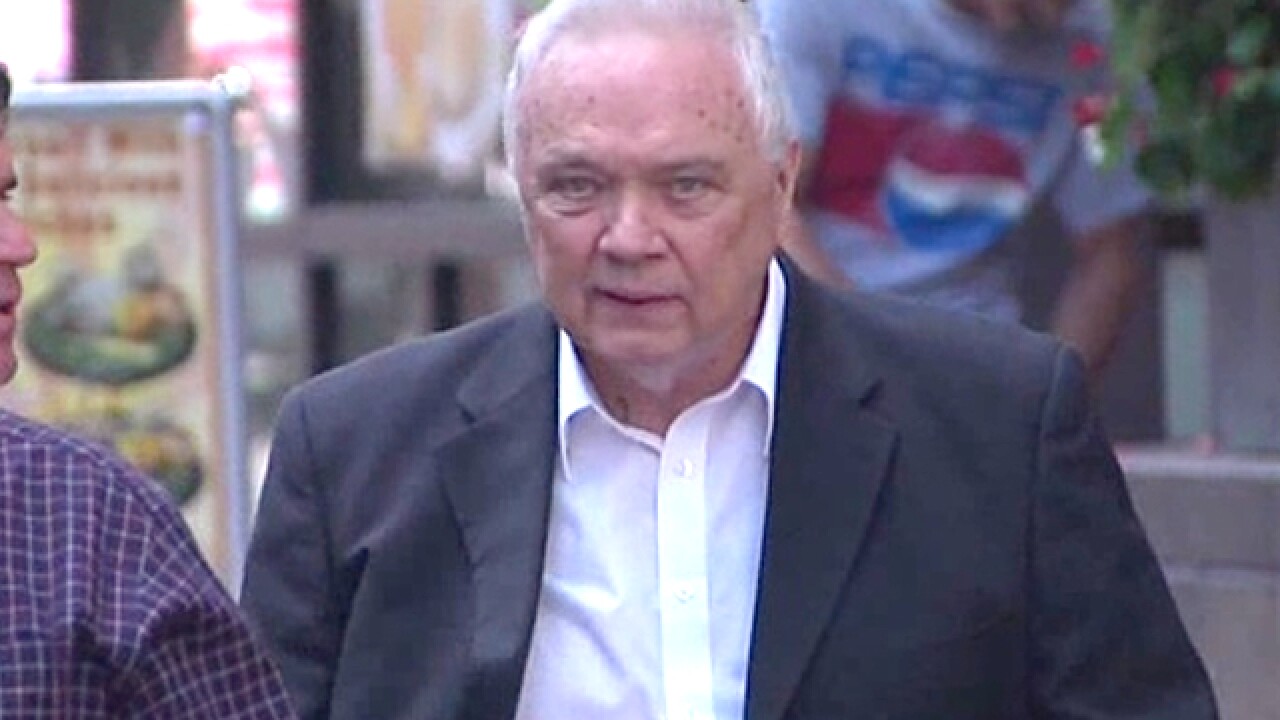 A Catholic priest lost his attempt to appeal a 2013 conviction for taking a 10-year-old Price Hill boy across state lines and allegedly raping him.

Robert "Father Bob" Poandl, 76, is in prison after a jury in U.S. District Court in Cincinnati convicted him of taking an altar boy, David Harper, on a trip to serve Mass at a church in West Virginia and raping him in a rectory bedroom there in 1991.

Poandl’s attorneys filed a motion in May asking the Sixth Circuit Court of Appeals for a chance to appeal that conviction. He claimed that his attorneys made mistakes during trial, and he questioned whether any Catholic priest accused of pedophilia could receive a fair trial in the aftermath a sexual abuse scandal that rocked the church more than a decade ago.

RELATED: Is it possible to get a fair trial if you're a priest accused of sexual abuse?

The appeals court ruled against Poandl on Aug. 31. In a four-page order the court dismissed all of his claims, describing them as “insignificant in relation to the evidence of Poandl’s guilt.”

U.S. Attorney Benjamin Glassman praised the appeals court’s decision, the hard work of his prosecutors, and the courage of Harper and his family for testifying at trial.

“I do believe justice was done in this case,” Glassman said. “It was through (Harper and his family's) courage and bravery in coming forward and testifying that the jury was able to discern the truth of what happened and return just verdicts.”

Poandl, 76, who is serving a 7 1/2-year prison term, is being treated for life-threatening kidney cancer at a federal medical center in Butner, North Carolina.

With Poandl in prison, it “furthers justice for the victim and also hopefully deters others priests,” Glassman said.

The decision was disappointing but not surprising to Joe Maher, founder of the Detroit-based group Opus Bono Sacerdotii, meaning "Work for the Good of the Priesthood," which helped to pay for Poandl's new appeal.

“I feel so very badly for Father Poandl who has consistently professed his innocence,” Maher said.  “In our great country, we have the sad history of condemning certain groups of citizens during times of hysteria.”

Maher has helped hundreds of accused priests since founding Opus Bono Sacerdotii in 2002 after his parish priest was arrested on rape charges. That priest was later acquitted.

“A Catholic priest who is accused of sexual abuse is immediately assumed to be guilty and paraded through the media as a pedophile, regardless of the fact that there is no proof other than that someone said he did it,” Maher said. “It’s not surprising therefore that Father Poandl could not receive a fair and unbiased trial, and now is being rejected for his efforts at appeal.”

Poandl, of the Fairfield-based Glenmary Home Missioners, spent his life in a Catholic order devoted to serving the rural areas and small towns of the United States. He has always maintained his innocence.

The dramatic week long trial here in September 2013 was polarizing due not only to the nature of the accusations, but because they emerged 18 years later.

The federal courtroom was packed with reporters, Poandl's supporters -- who silently prayed the rosary each day -- and family and friends from both sides. A man from Georgia came to watch the trial for several days. He also claimed to have been sexually abused by Poandl as a child, said Judy Jones, Midwest director of SNAP, Survivors Network of those Abused by Priests.

During the trial, prosecutors were prepared to bring up two other sexual abuse allegations, but since Poandl never testified, the jury never heard about them. The jury convicted Poandl, and U.S. District Court Judge Michael Barrett denied his motion to overturn the verdict.

At the sentencing hearing in February 2014, both sides spoke passionately before Barrett sentenced Poandl to 90 months in prison.

"If you want to send an innocent man to jail, send me. He didn't do it," said his nephew, Frank Poandl.

Just as vocal were Harper, his family and friends.

"He preyed on the weak and the poor, he preyed on children to satisfy his sexual desires," Harper said at the sentencing hearing. "It is time for justice to finally be served."

For nearly two decades, Harper, now 35, told no one about what allegedly happened on his trip with Poandl to Spencer, West Virginia in August 1991, where Poandl celebrated Mass as a visiting priest and Harper served as altar boy. It wasn't until Harper's fiancée, Lauren Cope, mentioned in 2009 that she wanted to marry him in a Catholic church and baptize their children there that Harper revealed what happened to him as a child, according to Cope's testimony.

"I didn't tell a single human being until 2009," Harper testified.

Poandl appealed his conviction for the first time in 2015, and the Sixth Circuit Court of Appeals upheld it by a 2-1 vote. But one judge on the panel believed that Poandl did, in fact, deserve a new trial.

Appellate Circuit Judge Karen Nelson Moore wrote in her dissenting opinion that a prosecutor inflamed the passions and prejudices of jurors by implying over and over again that Poandl might have abused other boys, and that the jury must protect other children.

"One thing is clear: The jury believed David Harper," Moore wrote. "What we cannot determine, however, is whether the jury found him credible because they felt obligated to find Poandl guilty out of sympathy for David Harper, or anger at the Catholic church, or because they thought Poandl abused other boys, or out of fear that Poandl would abuse other children."

In his latest appeal, Poandl’s new attorneys seemed to seize on those comments. Their appeal accused Poandl's trial attorney of not doing enough to overcome juror bias against Catholic priests accused of sexual abuse, and other mistakes.

But the appeals court was not persuaded.

“It is an extremely difficult standard to meet,” Moore said. “If the trial lawyer for the defense doesn't take a particular action at trial objecting to something … it’s just really difficult to come in after the fact and say ‘woulda, shoulda, coulda.’”

So few priests have won appeals of their criminal convictions, Maher said, “I don’t know of any.”

For now Poandl will remain in prison.

“At this point there is nothing else he can file, as of right, to challenge his conviction,” Glassman said. “That’s the end of road.”