Exclusive: Local non-profit wants you to get 'WASTEd in the City' 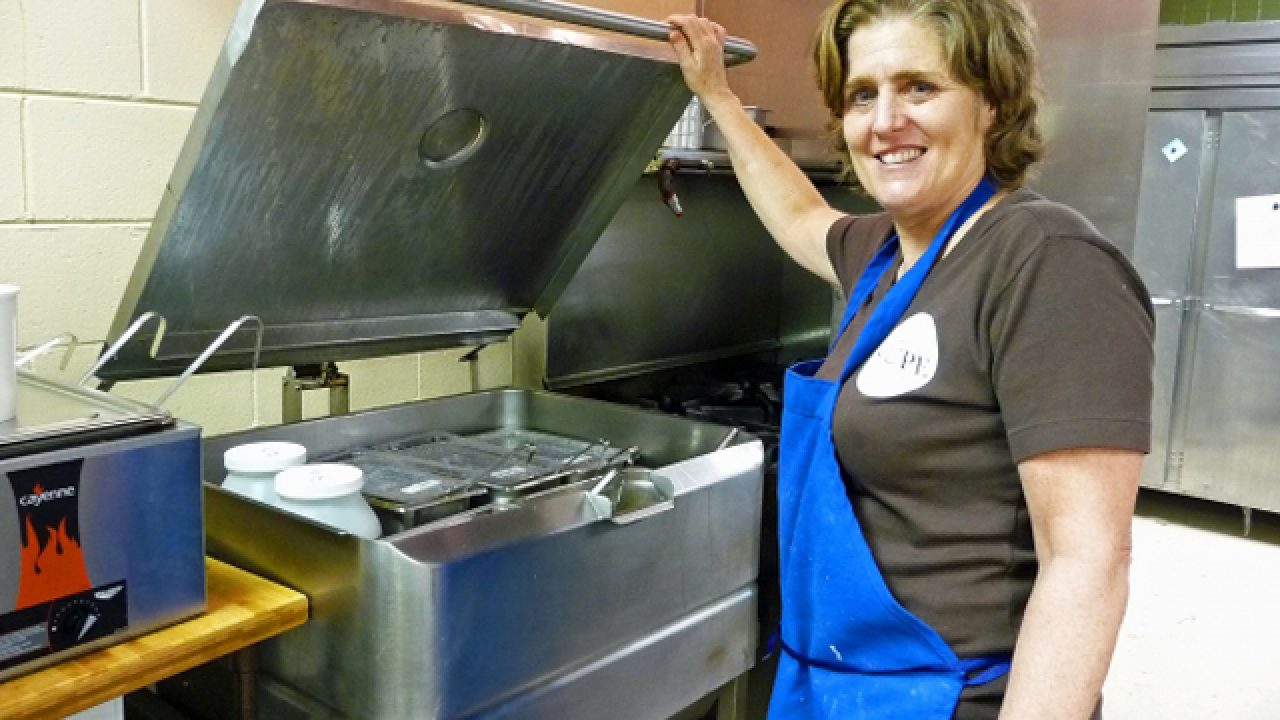 Copyright 2018 Scripps Media, Inc. All rights reserved. This material may not be published, broadcast, rewritten, or redistributed.
<p>Chef Suzanne DeYoung founded LaSoupe four years ago after more than 30 years in the restaurant industry. Picture by Grace S. Yek | WCPO Contributor</p>

CINCINNATI -- On October 9, La Soupe wants you to come to Cincinnati and get “WASTEd and the City.” Although this catchy fundraiser has a similar ring to a certain popular television series, its central theme is anything but comical.

La Soupe is a non-profit organization on a mission to feed the food-insecure through the rescue and transformation of perishable food into delicious and nutritious meals. One hundred percent of the fundraiser proceeds will benefit La Soupe.

For $75, diners will enjoy a progressive dinner at restaurants along the streetcar route in Over-the-Rhine and Downtown. Patrons will get a couple of bites including a different signature cocktail at each stop. More than 20 restaurants are lined up for this night on the town.

“We want to make it fun and interactive,” Chef Suzanne DeYoung said.

DeYoung founded La Soupe four years ago after more than 30 years in the restaurant industry. She felt a calling to do something about the rampant food waste she saw happening every day, and at the same time, use her culinary skills to feed the hungry. To date, La Soupe has rescued more than 570,000 pounds of food, and feeds around 2,000 food-insecure kids every week in the Tri-State.

DeYoung got the fundraiser idea when she attended Dine-N-Dash in Washington, D.C. recently. It was a fundraiser for World Central Kitchen, a non-profit organization founded by internationally acclaimed chef José Andrés. WCK taps into its chef network — of which DeYoung is a member — to help communities in need through food. WCK’s work includes the deployment of freshly-cooked food in disaster-stricken areas such as Puerto Rico, Hawaii and now, California.

“The hardest thing is knowing we are only capturing a fraction of the food,” DeYoung said.

The food and drink for this progressive dinner will be made with—you guessed it—overages from La Soupe’s rescue. And that constitutes the “Ed” portion of “WASTEd.” DeYoung hopes to educate the public that imperfect food can be transformed into perfectly usable, if not aesthetically pleasing, food. Her secret weapon? The city’s leading chefs.

“La Soupe utilizes perfectly fine yet cosmetically imperfect produce to create meals for the food-insecure in our city,” she said. This fundraiser is meant to bring together both of these causes in a very visual and collaborative way, she added.

Just as importantly, DeYoung wants to highlight the camaraderie and talent of Cincinnati’s chefs and “show the country what a city-wide collaboration of fighting food waste can look like.”

The restaurant lineup continues to grow with recent additions, Jean-Robert’s Table and Nicola’s. Restaurants outside of the streetcar route such as Bouquet, La Petite Pierre and Farmstand Market & Cafe will serve their fare at streetcar stations along the route. SugarCreek recently signed on to become an "Executive Chef" sponsor -- a sponsorship tier of $25,000.

DeYoung’s crusade against food waste can only be described as a labor of love, hearkening back to her late father.

“As a French chef from World War II, he definitely would be appalled by the waste in today’s world,” she said. Her father, Pierre Adrian, was the first chef to earn a five-star rating from the Mobil Travel Guide for the Maisonette.

She added, “Food waste is a serious problem so we need to continue to create new avenues and get this food to those in need in a thoughtful manner.”

WASTEd and the City

Grace Yek writes about food for WCPO Digital. She is a certified chef-de-cuisine with the American Culinary Federation, and a former chemical engineer. Questions or comments? Connect with her on Twitter.