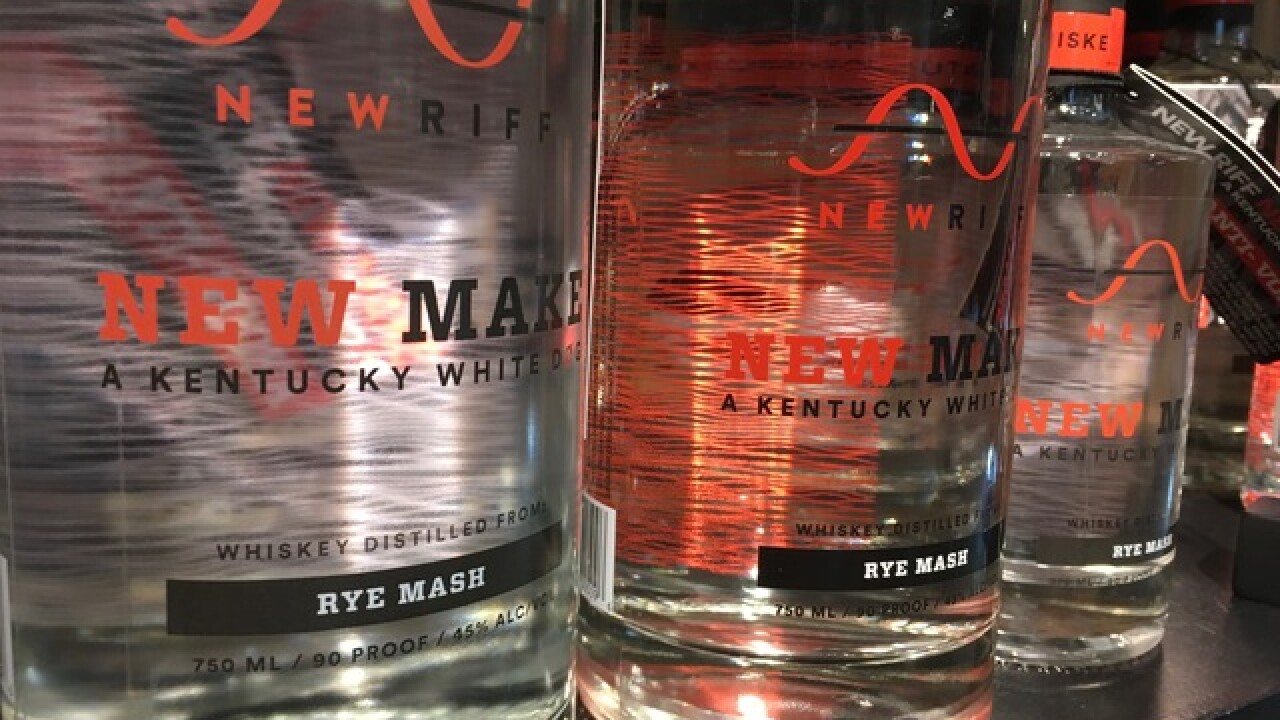 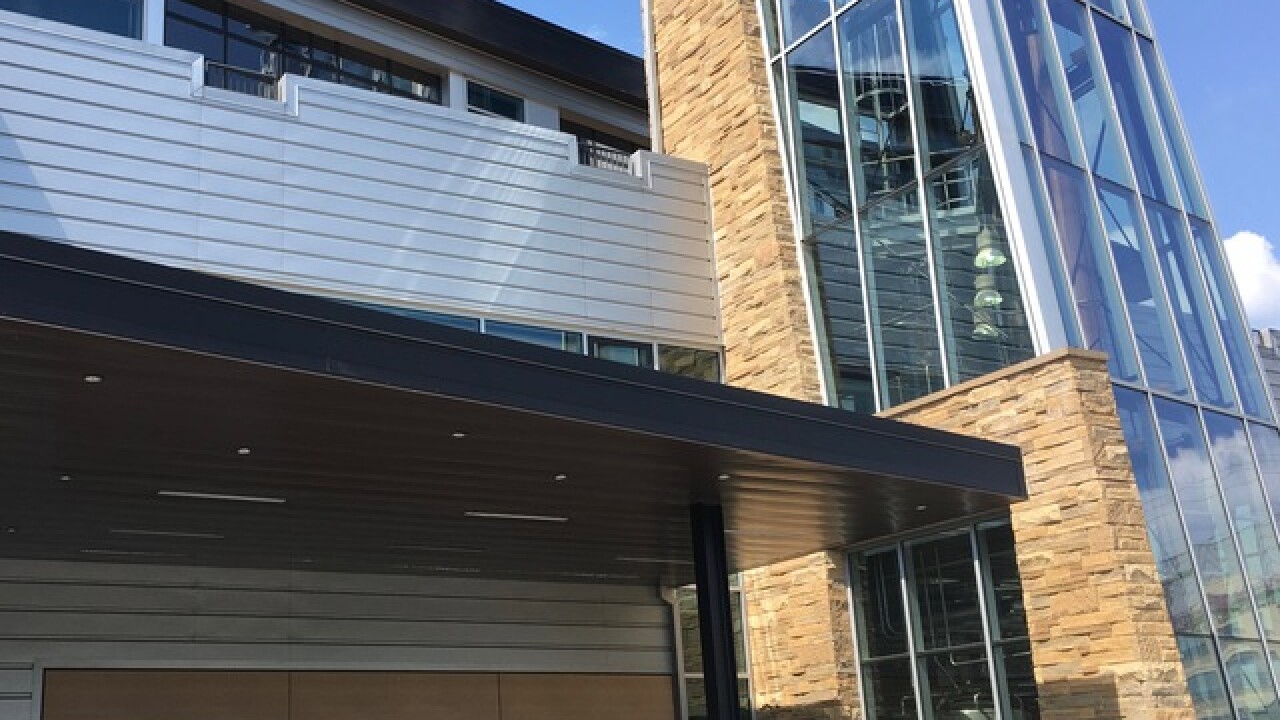 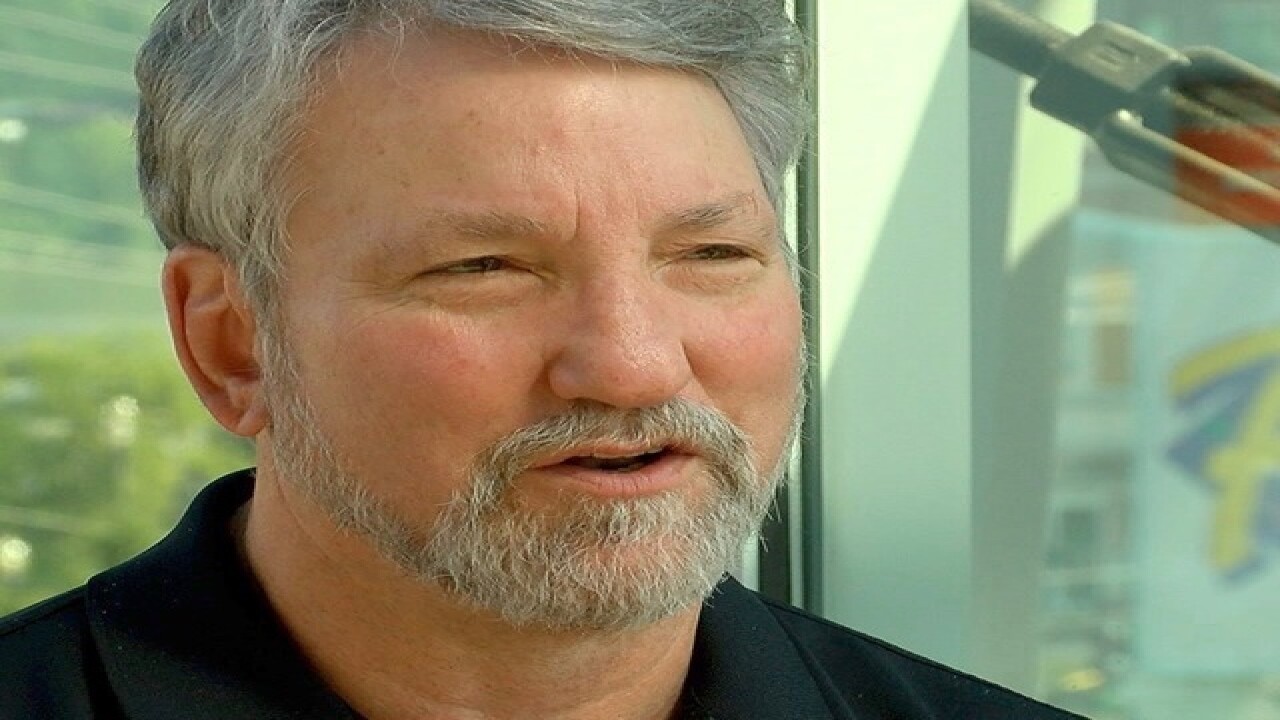 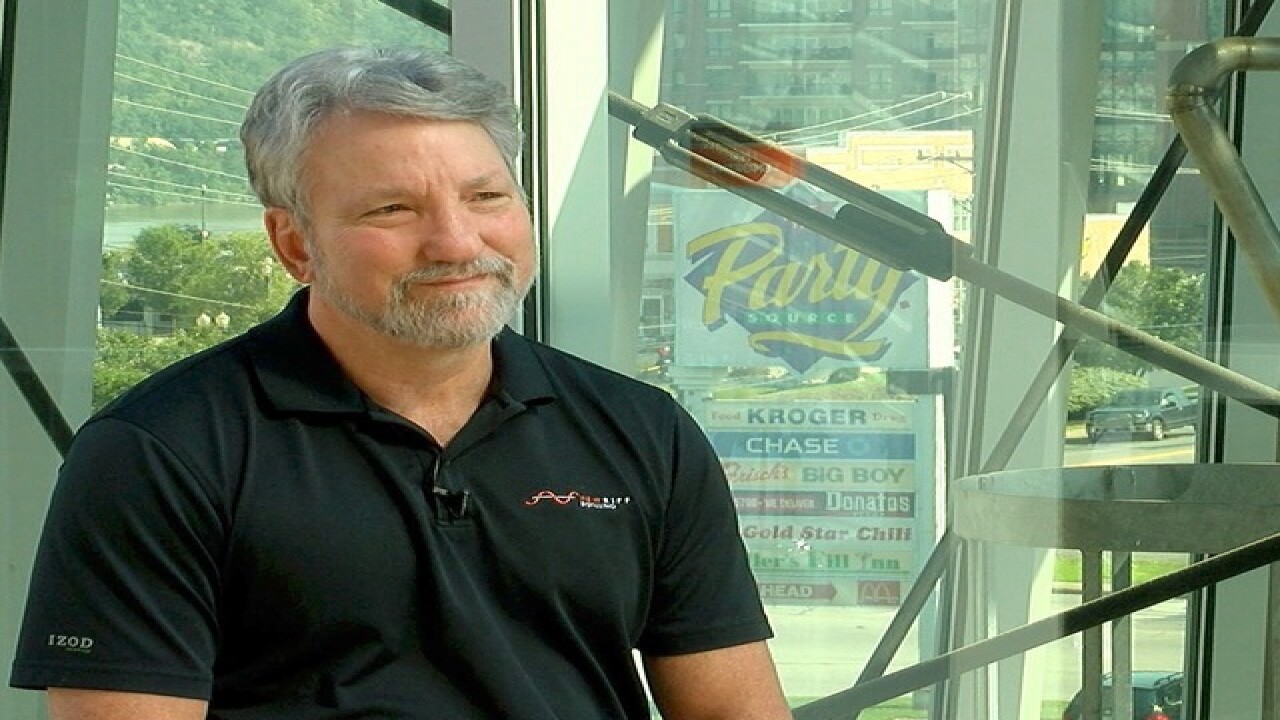 NEWPORT, Ky. - In bourbon and business, Ken Lewis doesn’t hesitate to work against the grain.

His New Riff distillery in Newport aims to make a name for itself with its rye whiskey blends, as opposed to corn, bourbon’s foundational grain.

To help finance New Riff’s development, Lewis sold his Party Source liquor store in 2014 to his employees. He could have cashed out quick and sold to the highest bidder. Instead, he formed an Employee Stock Ownership Plan, or ESOP, that spread the purchase over eight years and is intended to create a retirement nest egg for long-term employees.

“Life is not just about dollars,” Lewis said. “It’s about doing some good and doing my part to cut into the terrible income inequality in this country that’s escalating. I think you can be a capitalist and you can be a successful business owner and you can live a good lifestyle, but you can share a little bit, for God’s sake.”

That’s the same contrarian thinking that caused Lewis to be threatened with criminal prosecution in Louisville for his discount-liquor pricing strategies in the 1980s. It also led to his Northern Kentucky invasion in 1994 with a superstore concept that was intended to make booze buying more like grocery shopping, friendlier to female customers.

If you like being able to buy wine on Sunday in Northern Kentucky, you have Lewis to thank. He led the charge for that reform 15 years ago.

“He’s definitely one of the most forward thinkers I’ve ever seen,” Jon Stiles, Party Source president, said. “I don’t know if I’ve ever met a business person like him.”

It’s a tale worth telling in this age of Amazon, in which retailers – apparently fearing for their very lives -- are slashing costs in every way they can: closing stores, replacing cashiers with kiosks, limiting employee hours to avoid paying health benefits.

Party Source hasn’t done any of that in the three years following its ESOP conversion. Stiles said revenue is up 14 percent to $48 million.

They are “holding their own,” Lewis said. “They have a great location, a great group of people, a great product line. They’re working hard and I feel pretty comfortable I’ll get paid off.”

An ESOP is an employee-benefit plan in which a business owner transfers company shares to a trust that distributes ownership stakes to employees. At retirement, the trust buys back employee shares at a price that’s based on the company’s total value when the employee retires.

“When those hopefully six figure retirement checks get handed out to people, I want to go to that party and hand out that check,” Lewis said.

Stiles said the ESOP is paying Lewis about $16 million over eight years for the Party Source purchase price plus interest. But it can reduce its total payments by using profits to pay off its loan principal early without penalty.

“Our actual payments are well in advance of the payment schedule,” Stiles said. “Originally, it was an eight-year plan. We might be able to do it in seven.”

That would free up cash for future expansion, which could increase the value of shares in the trust. Or it could be set aside for those retirement checks Lewis hopes to hand out someday.

Party Source is among more than 6,700 companies, including 406 retailers nationwide, to adopt an ESOP structure, said Loren Rodgers, executive director of the National Center for Employee Ownership. Typically, the deals are driven by tax advantages to business owners and a desire to motivate and reward workers who contribute to the company’s success.

“The great majority of our members involve someone who wants to exit the business gracefully and they’re concerned about what's going to happen to their employees,” Rodgers said. “We’ve been hearing so much about wages being a shrinking part of the economy. If we can find a way to build assets at work, that’s a way to put wealth back in the hands of the middle class.”

Stiles said that was definitely the motivation for Lewis, who was disappointed by how his former employees were treated after he sold his Louisville chain of Liquor Outlet stores to competitors in 2002. Lewis initially planned for his daughter, Mollie, to own the distillery while he retained the Party Source. Kentucky’s Alcohol Beverage Control Board objected, citing prohibition era rules requiring separate companies to control production, sales and distribution. Before long, Lewis settled on the ESOP idea.

“He termed it an elegant solution,” Stiles said. It satisfied regulators and allowed Lewis to share the wealth with those who helped him create it.

An accidental entrepreneur, Lewis was teaching high school English in Michigan when his father asked him to come back home to run a failing family-owned liquor store. Lewis had worked in his father’s department store, a discount chain known as CSC. But when he applied those discounting strategies to the liquor business, the Control Board accused him of selling spirits below cost.

Lewis said his illegal prices were an accident. He was exhausted from long hours and entered the wrong prices in the company computer. But when the news broke on the Saturday before Thanksgiving, “we were inundated with customers,” he said. “I ended up paying $100 fine and apologizing, but it put us on the map.”

By the time he expanded to Northern Kentucky in 1994, Lewis was growing weary of managing his 350-employee company.

“He was living modestly in Louisville and investing all his money in the business,” Stiles said. “For the longest time, he paid himself the smallest amount Social Security would allow. He’d never vacation on Monday because he wanted to be available to write orders.”

The 2002 sale reinvigorated Lewis. He took up mountain climbing, summiting Denali in 2007. And he came up his next big idea: New Riff Distilling.

“I call it jumping off the capitalist express train,” he said. “I like a smaller environment where it’s personal, where I know the employees, I know the customers. We’re working on a first-name basis, we’re on a team, building something together. That’s where I function best.”

Listen to the whiskey

The bourbon business is booming in Kentucky. Production has tripled since 1999 to nearly 1.6 million barrels in 2016. The Commonwealth now has more than 6.8 million barrels aging in warehouses, or roughly 1.5 times the number of Kentucky residents. And the growth is expected to continue, with $1.1 billion in new capital projects planned for new distilleries, warehouses, bottling facilities and tourism centers.

“Bourbon is no longer just a drink. It’s a thriving part of the economy,” said Eric Gregory, president of the Kentucky Distillers’ Association.

Gregory said demand is growing for Kentucky bourbon in Europe and Asia, while the “cocktail culture” is on the rise in the U.S. At the same time, “the advent of single barrel and malt batch whiskeys” means “there is a bourbon for every palette now.”

And then there is tourism. KDA’s Kentucky Bourbon Trail attracted nearly 900,000 tourists to nine distilleries in 2016, beating 2015's record attendance by 17 percent.

“All these things have created this perfect storm for Kentucky bourbon,” Gregory said.

Lewis aims to ride that storm by establishing a reputation for New Riff as a maker of high-quality rye products. All bourbon is made with at least 51 percent corn in its mashbill, or list of ingredients. Most distillers use barley and rye -- and sometimes wheat -- as additional grains. But typically rye accounts for less than 10 percent of the total mix.

“The Rye whiskey that Larry mastered at (the former Seagram’s distillery in Lawrenceburg) is arguably his greatest achievement,” New Riff’s website proclaims. “Comprised of 95 percent rye, a notoriously finicky grain, it might be the most difficult whiskey in the world to make.”

New Riff’s first batches of bourbon and rye are three years old now. They’ll age for four to 10 years before New Riff is ready to bottle them.

“You do have to listen to the whiskey,” Lewis said. “There’s magic to what happens in a barrel. When the whiskey says, ‘Hey, I’m tasting really good,’ that’s about the time you release it.”

In the meantime, Lewis is using payments from the ESOP to cover about half of New Riff’s $4 million in annual operating costs. Public tours and events generate additional revenue and the 25-employee distillery is producing about 4,300 barrels a year for contract clients while keeping 3,500 barrels for its own brands.

Its product offerings so far include Kentucky Wild Gin, which is made in New Riff’s 500-gallon pot still. O.K.I. Straight Bourbon Whiskey was distilled in Lawrenceburg and bottled in Kentucky. It has a taste profile that’s similar to the flagship brands Lewis hopes to debut by next fall.

Lewis has invested about $22 million in the distillery and a rickhouse that will store up to 18,000 barrels at 1050 Lowell Street in west Newport. Each of those barrels requires an initial raw materials investment of about $300. Once filled and properly aged, they’ll generate between $5,000 and $10,000 in revenue. So, the business should be nicely profitable by the time those ESOP payments end in 2021.

And if not, Lewis will take some satisfaction in trying to make it happen by going against the grain.

“The pure raw form of capitalism is incredibly selfish,” he said. “It’s not what I wanted to do personally and I didn’t see a model that allowed me to share any of that success. I’m going to feel good my whole life about doing some sharing and not being purely selfish. I mean, don’t get me wrong. I want to pay my bills. I want to live a nice lifestyle. But if I can help 100 families (at Party Source) and help these 25 families at New Riff to have a great life and to feel a sense of engagement, I’m prouder of that than if I had five houses or something.”