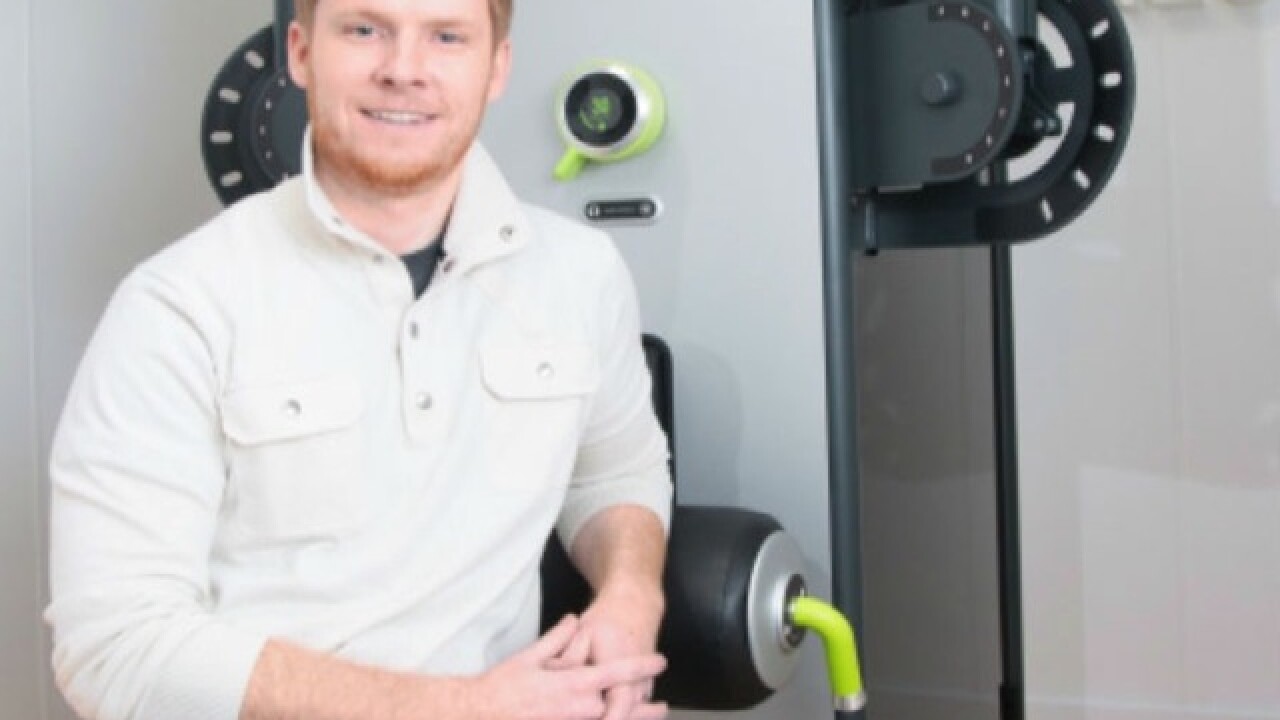 In 2007, his design for a workout machine usable by anyone, including the disabled, won the People’s Choice Award and Best of Show Award at the International Design and Excellence Awards (IDEA).

That was a mind-blowing experience for a young man who had just graduated from the University of Cincinnati the previous year. Award winners in subsequent years would include products from Apple , Nike and Tesla .

Eder knows he has won least one award in this year’s competition, this time for The Access Strength , the machine that he made using his original design as a starting point. He’ll find out which awards he's been given on Wednesday.

But perhaps more important than the contest is that Eder’s company, IncludeFitness Inc. , plans to ship the Access Strength machine to its first customers the first quarter of next year.

Eder declined to say how many pre-sales had been made, but added that his alma mater and a variety of fitness rehabilitation facilities have ordered machines.

“We have our hands full,” he said.

Like a conventional strength-training machine, with handles on cables that the user grasps and pulls to get a workout. The machine’s two independent arms rotate 180 degrees to enable even seated users to do a lot of different exercises.

It’s been designed from the ground up with features that make it easier to use, Eder said, such as a dial to adjust the resistance on the pulleys.

The machine is also equipped with The IFCloud , cloud-based software that enables users to record their workouts, track their progress, create new workouts and share the data with a doctor or therapist.

A long time to market

Eder conceived of Access Strength while working at a health club in Cincinnati, where a man in a wheelchair was struggling to work out. No one in the 200 clubs he subsequently contacted across the country had any solutions to the problem, he said.

So the industrial design major focused his senior thesis at UC on creating an inclusive fitness machine, which worked for everyone regardless of ability.

After winning Best of Show at IDEA, Eder traveled the country sharing his concept and fielded lots of calls and emails from interested customers. He then decided to raise some money to start manufacturing the machines.

At that time, however, Cincinnati didn’t have the startup ecosystem it has now, and it was hard to get the business going. Eder worked on the project nights and weekends while also working for a design firm in Columbus.

In 2010, Eler received some initial investments and had a pre-production model built in 2013 that he took on tour and showed to health practitioners.

At the same time, he said, he pitched them the idea of software that could be used to track workouts, an idea they really liked.

“What we realized was that we had an opportunity to create software meaningful for both the exerciser and the practitioner,” Eder said.

So he raised more money to develop the software, The IFCloud, which he said has become the nucleus of his product.

“At our core, we’re basically a software company, but we also produce these machines that collect high-fidelity data that could not be collected anywhere else,” he said.

Yes, four, based in Mason. Eder commutes there from Columbus three times a week. West Chester-based TSS Technologies does the manufacturing.

How much has been invested in the company?

About $4 million, including $500,000 from local seed-stage investor CincyTech , which liked Eder’s vision and his ability to address the problem of disabled people who need workout equipment, managing director Mike Venerable said.

But more importantly, Venerable said, CincyTech liked the software that collects data about workouts and helps users stay on track.

The product is a testament to Eder’s perseverance, Venerable said, and a reminder that sometimes it takes a long time to get a business going.

What has Eder learned from owning his own business?

“Any kind of startup journey has a lot of highs and a lot of lows,” he said. “If you keep at it, you’re able to succeed and build something great.”