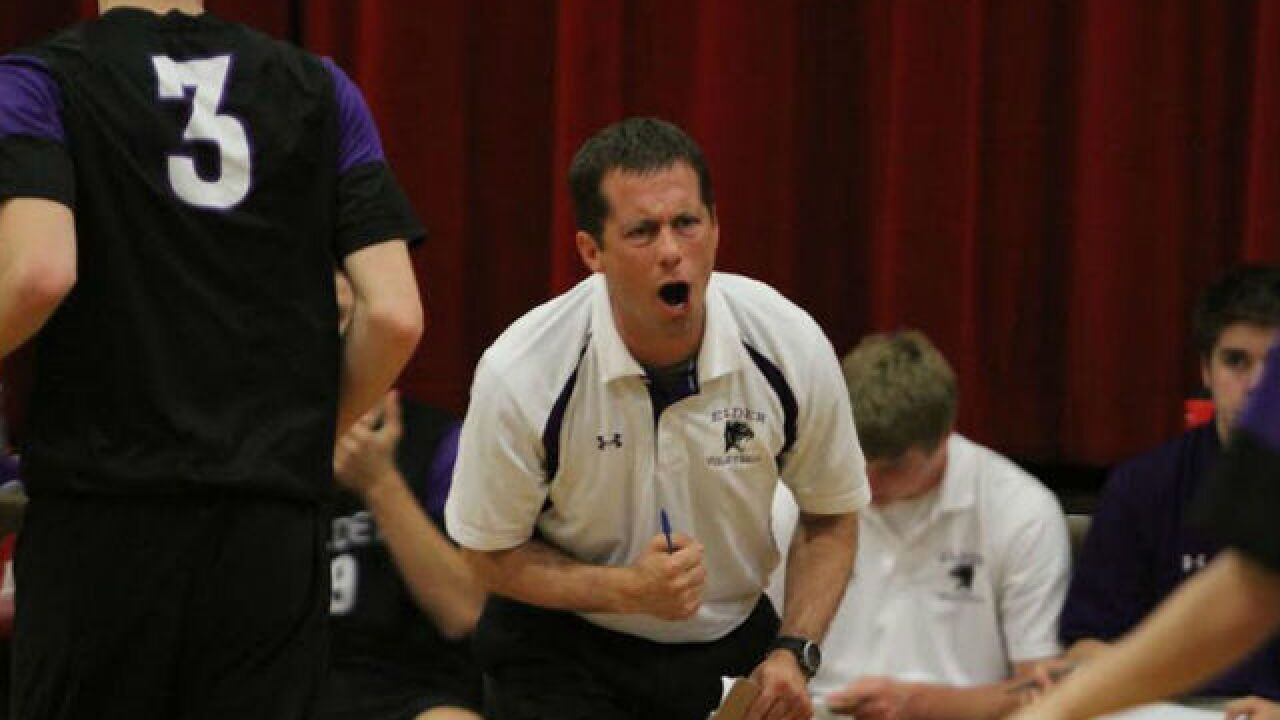 Copyright 2018 Scripps Media, Inc. All rights reserved. This material may not be published, broadcast, rewritten, or redistributed.
<p>Elder volleyball coach Sean Tierney earned his 300th career win Wednesday night during a match at Kettering Alter. Tierney is 300-98 in 15 years as the Elder head coach. (Photo by Kevin Welch/ehsports.com)</p>

CINCINNATI – Elder volleyball coach Sean Tierney knew at the start of the season a milestone win was within reach this spring.

But true to form, Tierney didn’t dwell on any personal goals. He would much rather see the Panthers succeed.

So when Elder defeated host Division II No. 1-ranked Alter on Wednesday night, Tierney and his players weren’t aware it was his 300th career win.

In fact, they didn’t find out until Thursday morning’s announcements at school.

“It’s an honor, especially when people congratulate you,” Tierney told WCPO. “I’m very honored to be a part of this program and to be a teacher at this school. But the reality is I haven’t logged one ace or one kill or anything of that fashion. It’s really a testament to all of our athletes who have come through our program.”

Those who know the 1993 Elder graduate wouldn’t expect anything else. Tierney, a religion teacher at Elder, has led Elder to four state titles in the past 15 years of coaching.

But his greatest impact may be the life lessons he has taught his players.

“Sean’s success can be attributed to a lot of things,” Elder Athletic Director Kevin Espelage said. “He is intelligent and very meticulous with offseason training, practice plans and game management. However, his greatest attribute might be his unwavering faith in God. He is a heart transplant survivor. I really can’t put into words how his outlook and approach to life has touched so many lives since 2007.”

Tierney, who has a record of 300-98 entering Friday night’s match at St. Xavier, missed the ’07 season due a heart transplant. Faith and spirituality are an obvious part of his curriculum, but unless his players ask he doesn’t dwell on his personal story. He prefers to help his players instead.

Every season, a day after the teams are selected, Tierney emphasizes what the priorities should be for each student-athlete. God, family, school and then volleyball are the order.

“I think he’s really helped to develop me and everyone else on the team as well-rounded young men,” said senior setter and captain David Daeschner.

The players enjoy being part of an Elder program that has 503 wins in 24 years. But they also know they are more than volleyball players. Tierney's coaching staff remains consistent each season; all are former Elder players with state championship experience.

“We also play in the best volleyball league in the state and schedule all comers,” Espelage said.

And the players and administration at Elder certainly appreciate what Tierney has invested in the program over the past 21 years. No. 300 speaks for itself.

“I think it’s pretty significant,” Daeschner said. “I think it goes to show the kind of coach that he is and it’s definitely impressive to get 300 wins in any sport. It shows the strength of the program over a long period of time.”