Easy-to-assemble (with no tools!) Slim Furniture looks to give Ikea a run for the money 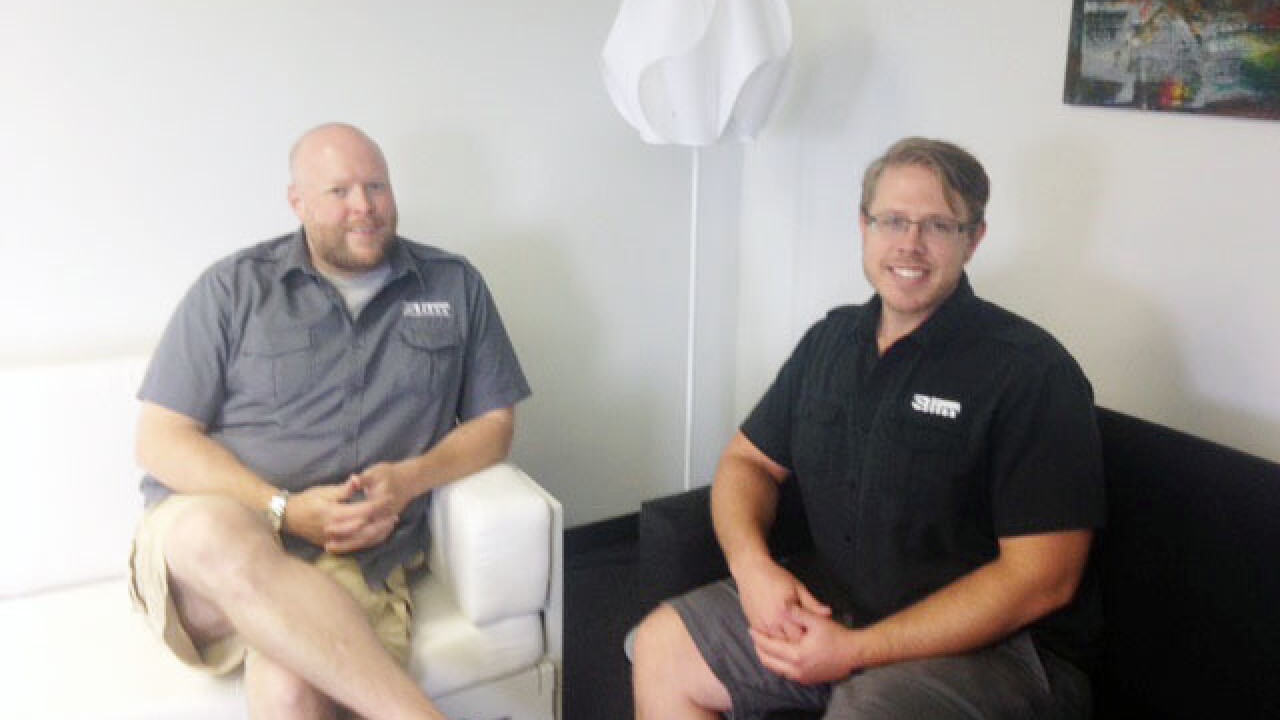 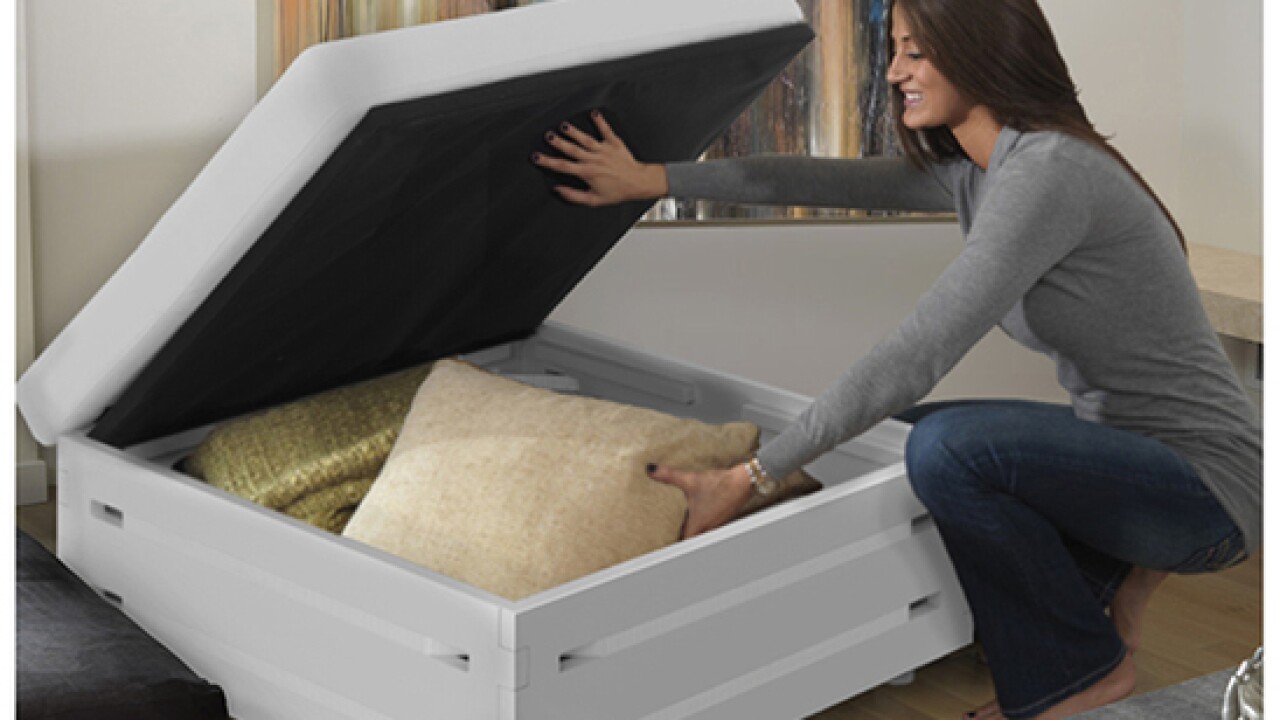 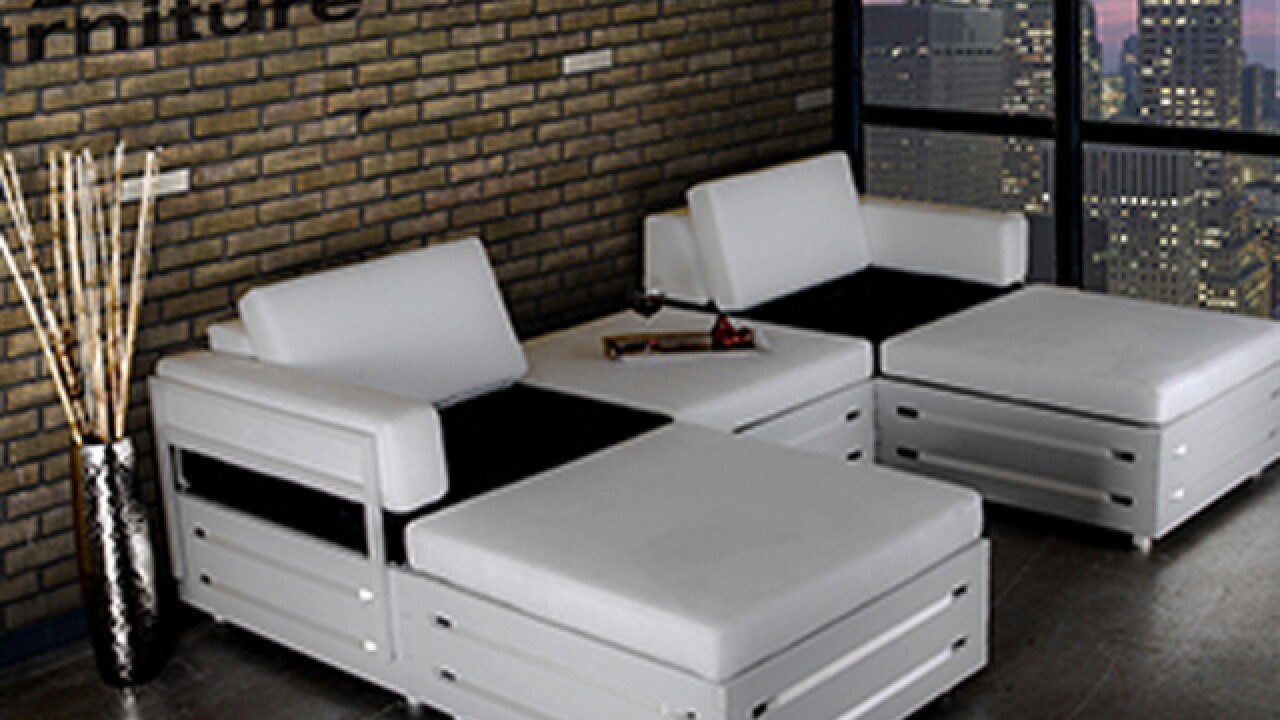 WEST CHESTER, Ohio -- Moving isn't fun, and it's even less so on a budget. Most large pieces of furniture are heavy and difficult to take apart.

When Michael Blair was attending design school in Pittsburgh, he made money as a furniture mover. People paid him to lift heavy furniture, carry it up winding staircases, and try to jam it through narrow doorways.

Blair found inspiration in the drudgery of moving, though. Today, Blair is the founder and president of Slim Furniture, and the chairs, couches, and ottomans his company makes are the moving industry's worst nightmare.

Slim Furniture's products don't require any tools to put together. They're light, they're modular, they're easy to disassemble and reassemble, and they're easy to move. The proof: A 9-foot SlimFurniture couch can quickly be broken down and packed into the back of a Volkswagen GTI. Blair, the former mover, knows he's not just selling furniture.

"I sell empowerment," he said.

Most Slim Furniture pieces start with the same basic design: Four interlocking wooden boards fastened together with a ratchet strap. Put an LG foam cushion on top, and it's an ottoman. Add some powder-coated steel rails and more cushions, and you have a chair. Two chairs can easily be converted into a love seat, and so on. And as the base of each section is essentially a box, buying a piece of Slim Furniture means buying more storage space.

When the company got its start in 2012, Blair took aim at the trade show and convention industry. Slim Furniture's light and transportable products saved exhibitors money, and they were well-suited to being mounted with digital and wide-format signage.

These days, Slim Furniture is targeting graduate students and upwardly mobile professionals who will likely move often as they get their careers started. That puts the company in direct competition with the industry's 800-pound gorilla, Ikea, whose West Chester location is a short jaunt from Slim's showroom off Princeton-Glendale Road.

Blair and Slim Furniture vice president Woodrow Plunkett both own Ikea furniture, so they both know what they're up against. They're more than happy to punch upward at their competitors; the fact that there are no threaded fasteners or tools required to assemble Slim Furniture flies in the face of the dozens of nails, screws, bolts, and dowels included with the average Ikea piece.

"Our ultimate goal is -- I'll go ‘Pinky and the Brain' on this -- it's to take over the world," said Plunkett, who joined the company in late 2014. "We want to systematically change furniture. We don't want the same-old, same-old. We want furniture that's fun and able to adjust itself to who you are -- not the other way around."

Plunkett and Blair are big on customizing their furniture. They've experimented with installing speakers in the storage area and LEDs on the underside of a couch, and they've even played around with ideas like electrical outlets integrated directly into a base box.

Slim products have been on sale on e-commerce platforms AllModern, Wayfair and Houzz for about five months, and they also have an outdoor line of furniture being sold on Camping World. The numbers are good so far.

"Since we've been in the residential market, our sales are really popping," Plunkett said. "We're at the point monthly where if we're able to keep up the trends we've been doing, we'll finally be in the black."

Though the products are made overseas to keep prices competitive, Blair envisions eventually moving production stateside. He's interested in experimenting with plastic bases, and he'd eventually like to build a shelving unit with the same design philosophy.

Slim Furniture recently joined HCDC's CoWorks program to get assistance on the marketing end of the business. Still a startup, Slim relies solely on social media for its marketing right now. Blair envisions the product being featured on a prominent design website or a show on HGTV down the road.

The company's also interested in improving its local profile. Though Slim is obligated by its agreements with its e-commerce partners to honor a minimum retail price, the company offers coupons on its Facebook page and discounts to Greater Cincinnati-area customers -- as much as 30 percent off, in some cases.