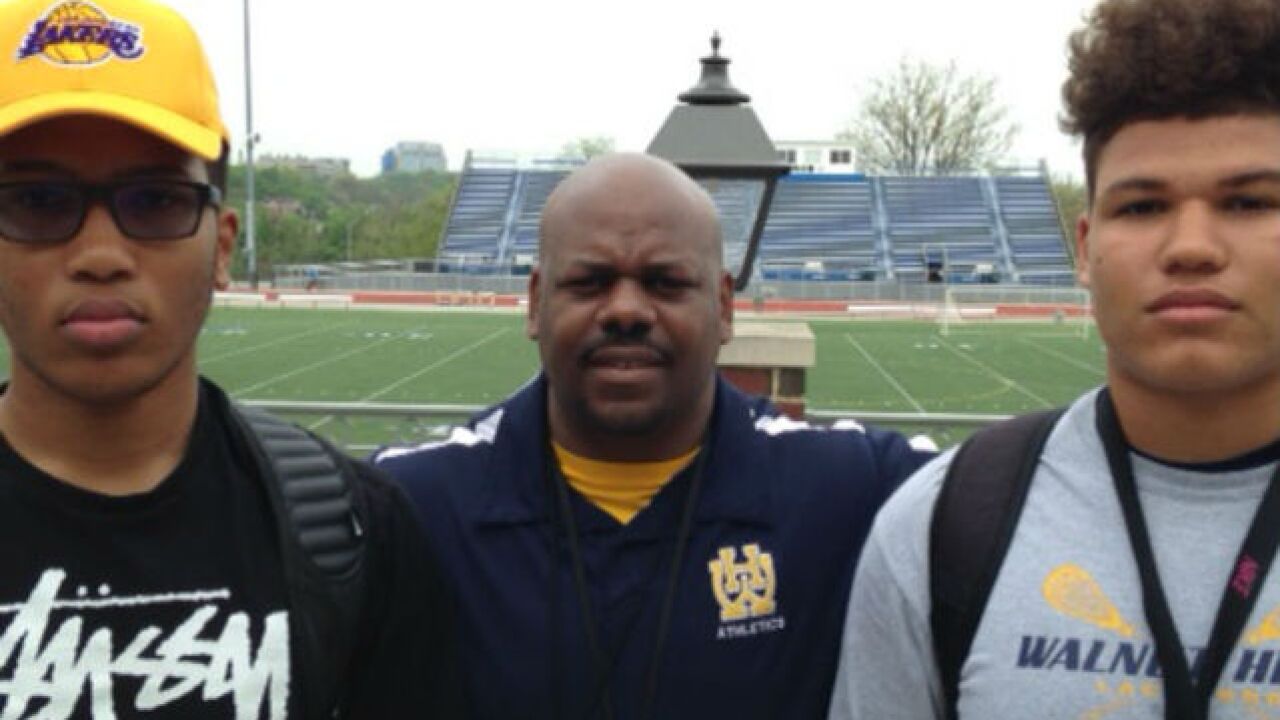 Senior linebacker/tight end Ozie Davis said the weight training and conditioning set the tone for his day at school.

“The energy in the weight room is intense,” Warmack said. “We have the music going, the blood pumping – it’s just wild.”

The Eagles said they have undergone a culture change of sorts. Not only are they improving physically, but they’ve also developed a new mentality on preparation under first-year head coach Brian Lainhart, who was named the Eagles coach in late December.

Lainhart, a former St. Xavier assistant who played on Colerain's 2004 state championship team, brought a new staff this winter to concentrate on weight training and conditioning principles starting Jan. 6. He said the first workout was an “eye-opener,” but the players have constantly progressed and made significant strides this spring.

Lainhart has energized the squad, according to Athletic Director Tom Donnelly.

“Coach Lainhart has been a real motivator – it’s been an incredible ride so far,” Donnelly said.

Even on weekends, Warmack gets up early. “Like coach said, we can sleep when we die.”

The entire coaching staff is at the school at 6 a.m. The passion and knowledge is contagious to the school staff and players, Donnelly said.

“If you don’t want to be here you don’t have to – it’s your choice,” Davis said. “Everybody here wants to win.”

Walnut Hills, which opens the season against visiting Woodward in August, is embracing future challenges too.

Walnut Hills will play Lakota East in the 2017 opener at Nippert Stadium, Donnelly said. The Eagles also have a home-and-home agreement at St. Xavier for Week 3 in 2017 and at Walnut Hills in 2018.

Lainhart, a former Kent State player, has studied other coaches he’s had during his playing and coaching career. He's emulated some of their best practices.

Lainhart said showing his players admiration is a top priority and he's shown the commitment throughout his first few months in the position.

There are 40 seventh- and eighth-grade students that work out at 4 p.m. While they don’t do the same lifting as the high school students, the opportunity to introduce them to the new culture will pay dividends in the future.

“By the time we get them in the ninth grade, they are ready to go,” Williams said.

Nutrition is also a significant part of the team’s focus. Lainhart had Gatorade stations installed in the weight room. He’s also going to have a breakfast bar in the weight room – the idea came from a trip the coaching staff took to Iowa State earlier this spring.

Lainhart isn’t asking for a fundraiser on the breakfast foods – it’s out of his own pocket. That gesture exemplifies Lainhart’s commitment to the team.

“We don’t want kids to deplete all the gains we have,” Lainhart said.

There will be bagels, peanut butter and jelly sandwiches and two blenders for shakes. The players will be welcomed to get something to eat at any point of the day between classes.

“We know you can lift all the weights in the world but if you don’t take care of your body away from the weights you are not going to see those benefits,” Williams said.