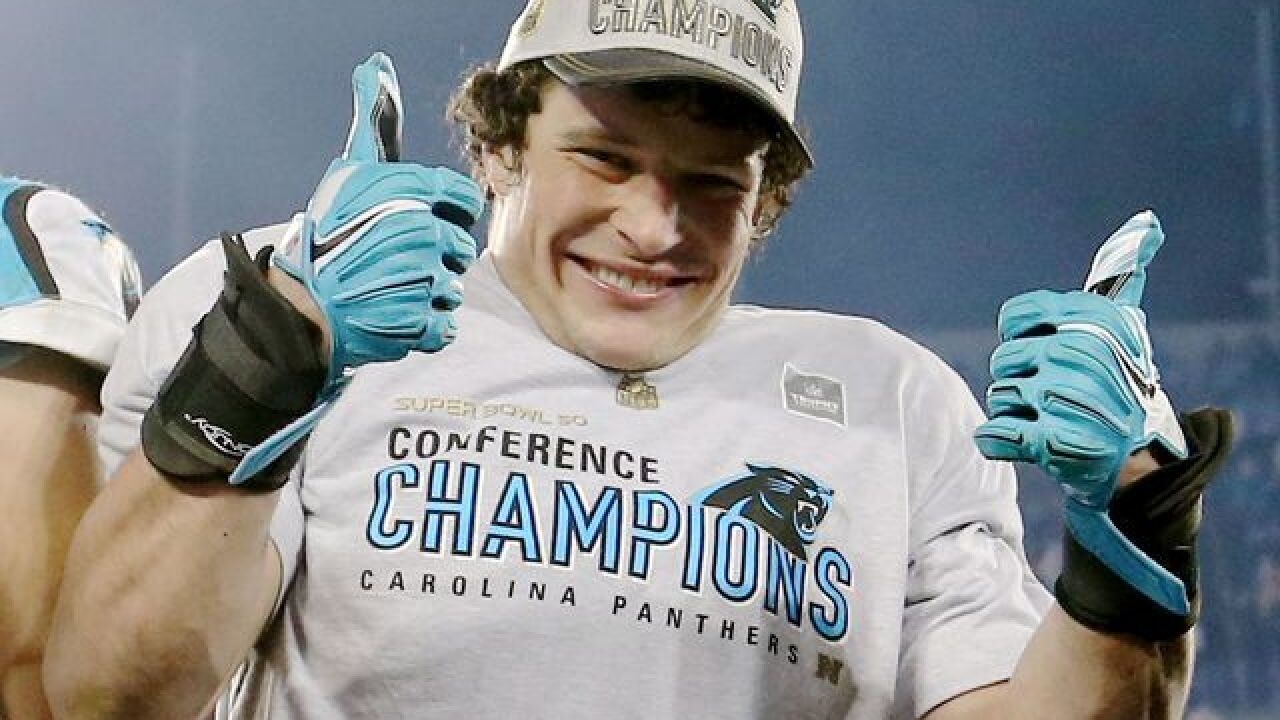 Streeter Lecka
<p>CHARLOTTE, NC - Luke Kuechly #59 of the Carolina Panthers leaves the field after their 31-24 victory over the Seattle Seahawks at the NFC Divisional Playoff Game at Bank of America Stadium on January 17, 2016 in Charlotte, North Carolina. (Photo by Grant Halverson/Getty Images)</p><p> </p> 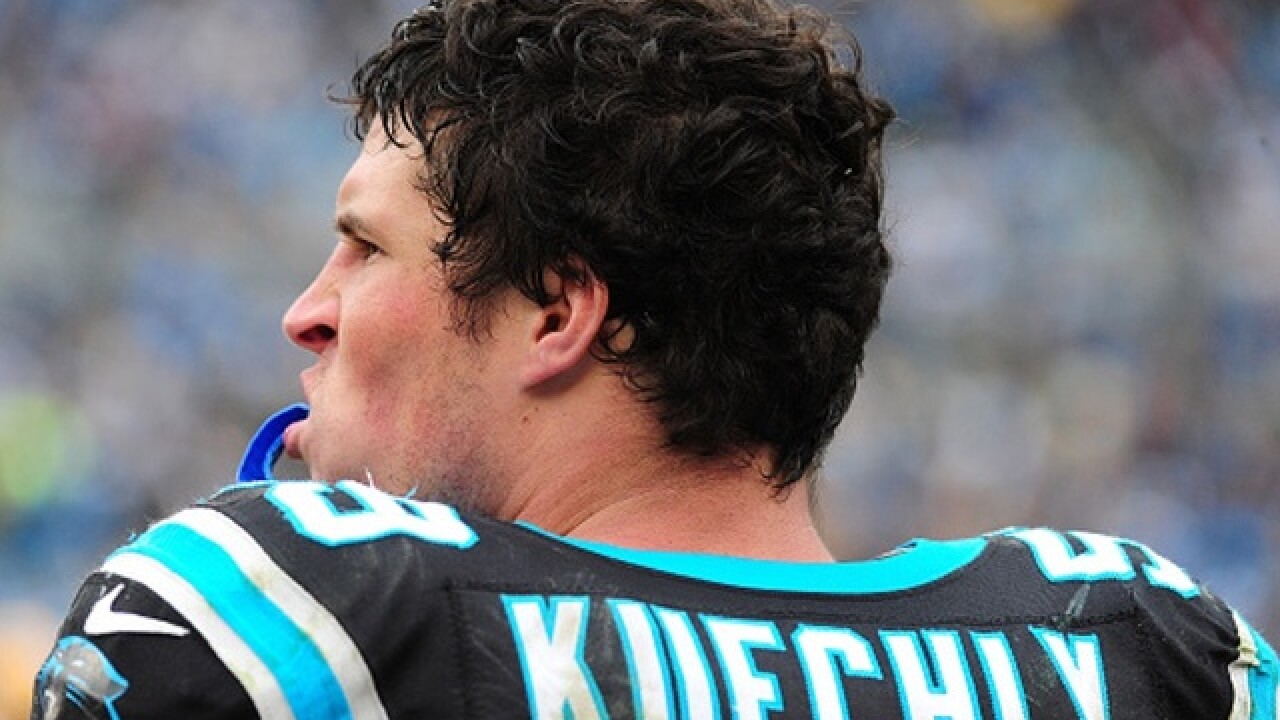 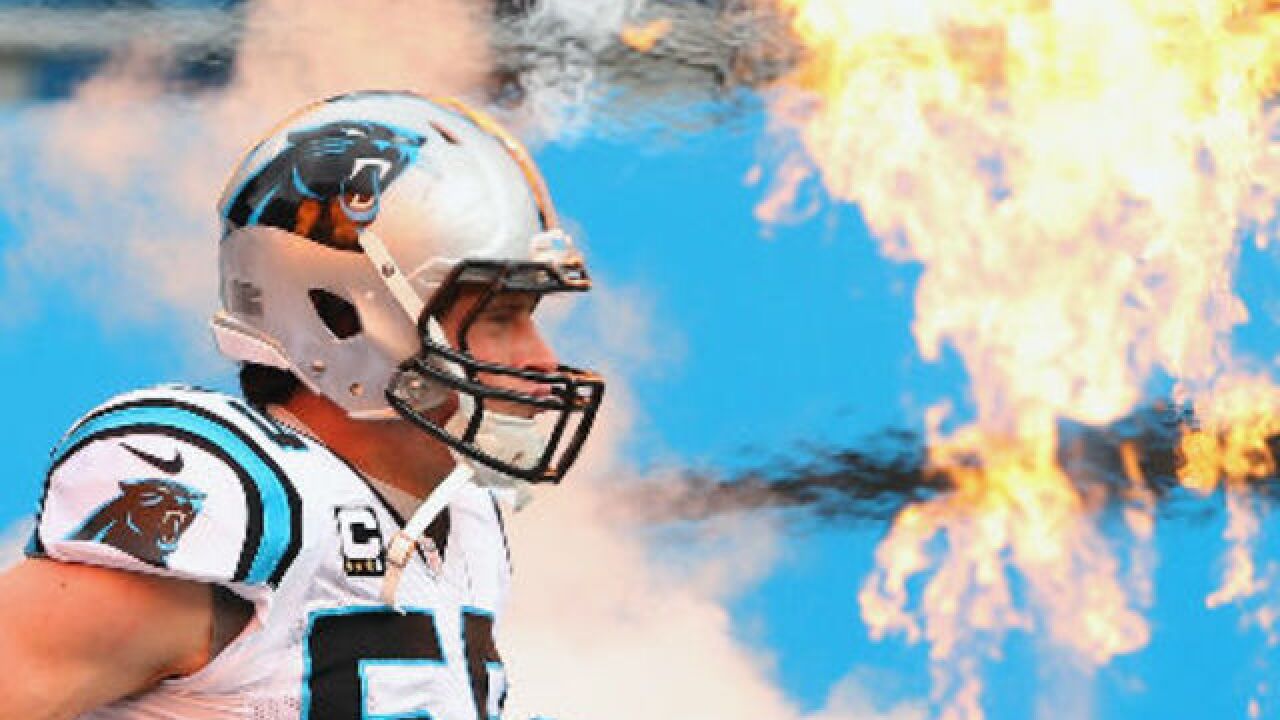 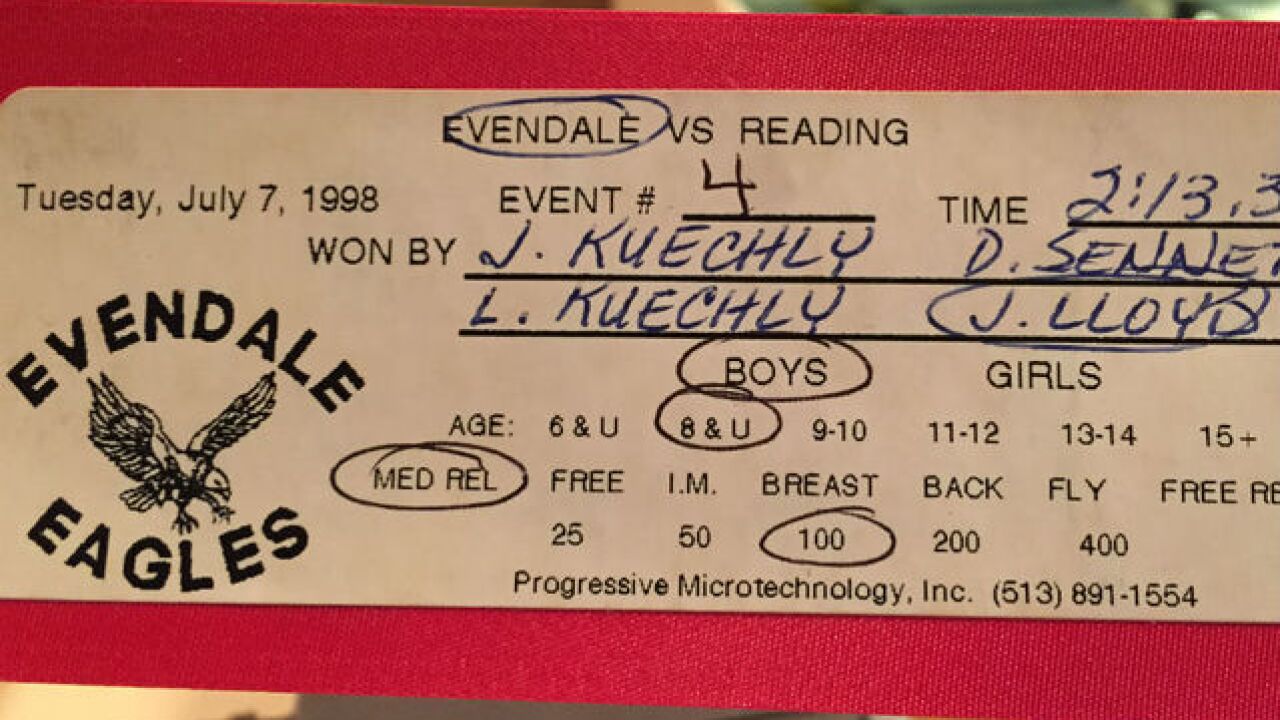 “The fact that it was like a big stadium and it had big bleachers on both sides of the field we weren’t used to that in a lot of places we played,” Kuechly told WCPO Thursday night. “So going to the Turkey Bowl there was a lot of people there and it was a good deal.”

Kuechly, a 2009 St. Xavier graduate who grew up in Evendale, appeared two months after he played in Super Bowl 50.

The money raised from the event will be used for the field turf campaign for the Deer Park football field.

Kuechly’s mother, Eileen (Burke) Kuechly is a 1978 Deer Park graduate. She asked her son if he would be willing to help with the fundraising campaign. Other members of the Kuechly family attended Deer Park, too.

“It’s something easy to do to help them get that field,” Kuechly said. “It makes my mom happy so it makes me happy. If you make her happy you are all good.”

Kuechly enjoys staying in touch with family and friends in Cincinnati. He flew up from Charlotte Thursday afternoon and was scheduled to return to North Carolina late Thursday night.

Friends from around Cincinnati still speak highly of Kuechly.

Harris never forgot the first conversation he had with Luke’s father, Tom Kuechly.

To be quite frank, Luke was overzealous in the other sports he played.

Luke played third base and often went into the outfield for fly balls. He didn’t always guard the opposing player in basketball. He guarded whoever had the basketball.

But, Luke Kuechly’s aggressive play on the football field as a linebacker and fullback was an asset to the undefeated Golden Bears team that Harris coached to a city championship in 2000. Kuechly wore No. 40 – the same number he wore as an All-American at Boston College.

“He was the kind of athlete who is going to pick up something and he is going to be pretty good at it,” said his Golden Bears teammate John Lloyd, who later played at CHCA and UC.

Lloyd was a year behind Kuechly but they grew up in the same Evendale neighborhood.

Kuechly and Lloyd hung out at the recreation center. They were on the Evendale Eagles swim team together.

“He was somewhat similar to what he is now,” Lloyd said. “He was the quiet, nice kid. Nothing really changed in his tenacity. When he was on the football field he was all business.”

“Luke could not understand why he could not play after halftime,” said Harris, who has coached the Golden Bears for 25 years. “He would rather lose than not play the whole game. He was very intense.”

Several years later, Harris included a Golden Bears team photo in his letter to Kuechly for his senior day with the St. Xavier football program. The family most certainly has the photo somewhere.

Steve Pike coached Kuechly in the fifth and sixth grade in the Golden Bears organization. In hindsight, Pike jokes he would’ve given the ball more to his fullback on offense.

“He had great instincts for the football,” said Pike, the father of former UC quarterback Tony Pike. “Just the biggest thing was how hard he worked and his will to win.”

On defense, Kuechly stood out.

“When he stepped on the field he was nasty,” Pike said. “He could turn that switch on.”

Not a lot has changed in Luke Kuechly’s football demeanor as a three-time Pro Bowl selection and 2013 NFL Defensive Player of the Year for the Carolina Panthers.

Harris, 57, wasn’t able to attend the event but he spent time with Luke and his family in early January in Charlotte. The Sycamore Township resident had lunch with the Kuechly family and drove around Charlotte during his visit.

“He is an absolute total gentleman,” Harris said. “He’s a bear on the field.”