Is there anything this swimming star can't do? 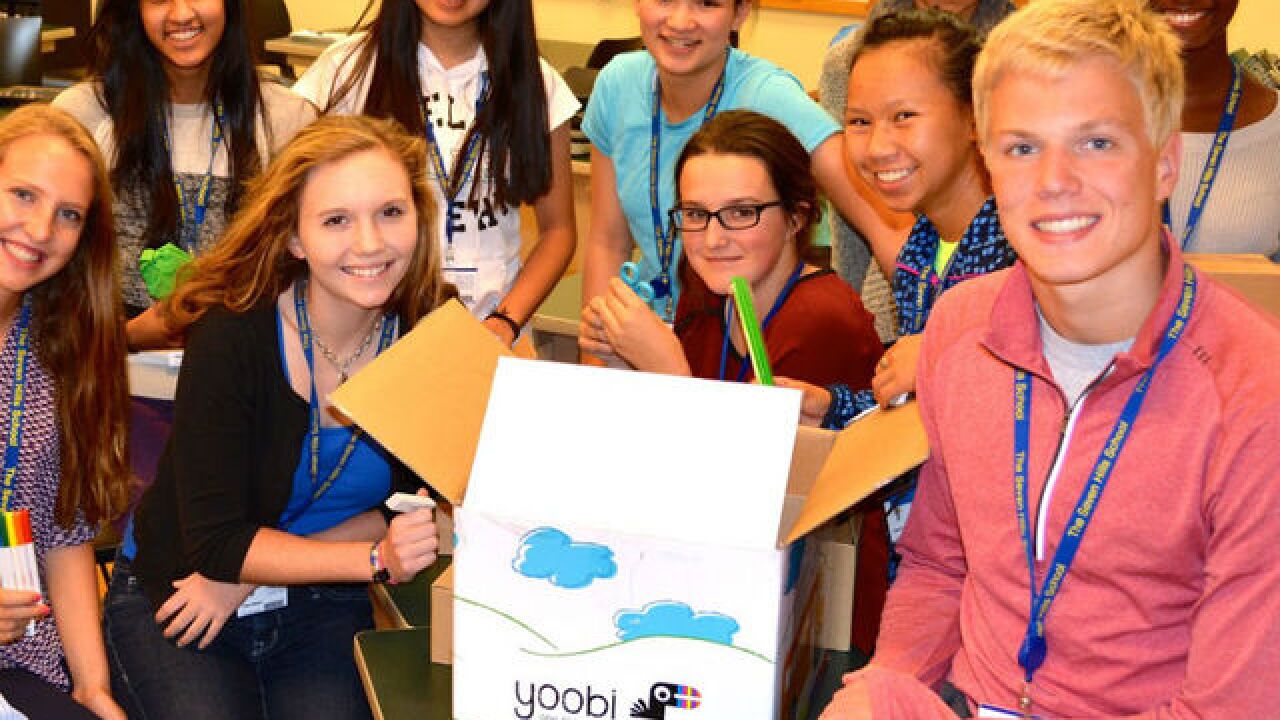 <p>Matthew Marquardt (right) with students during a recent Crayons to Computers project. (Photo from Karla DeJean)</p> 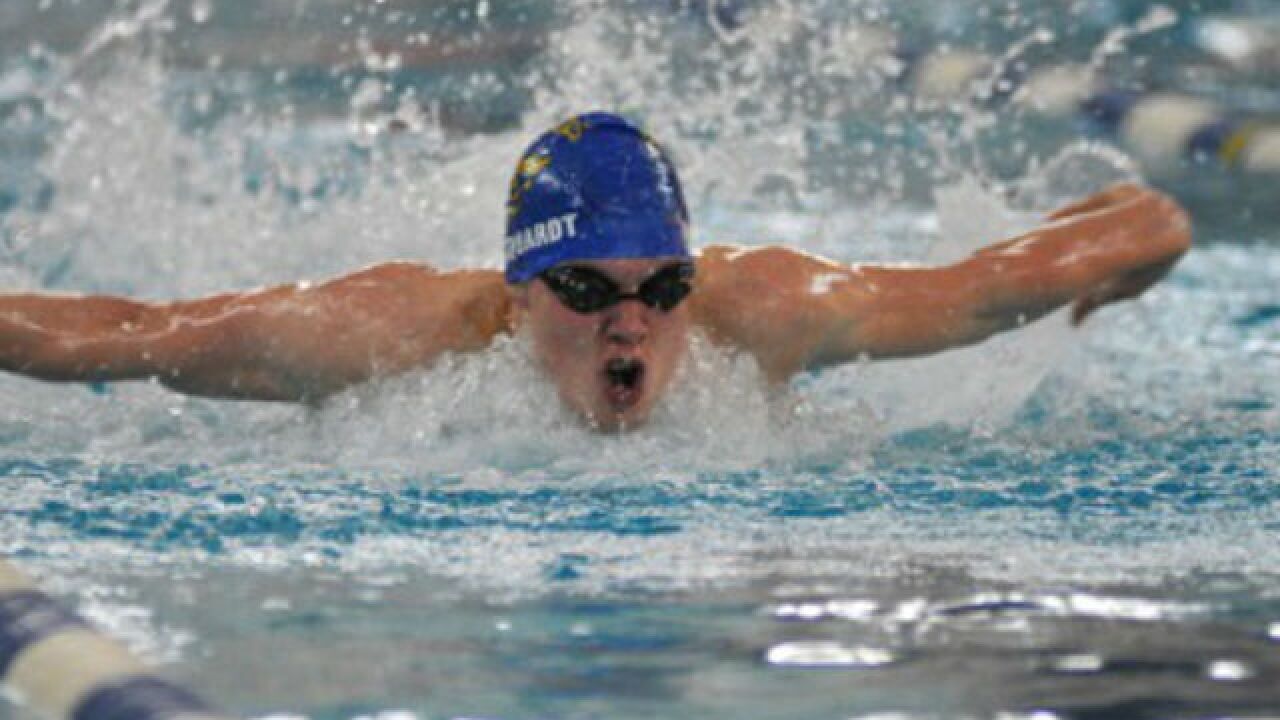 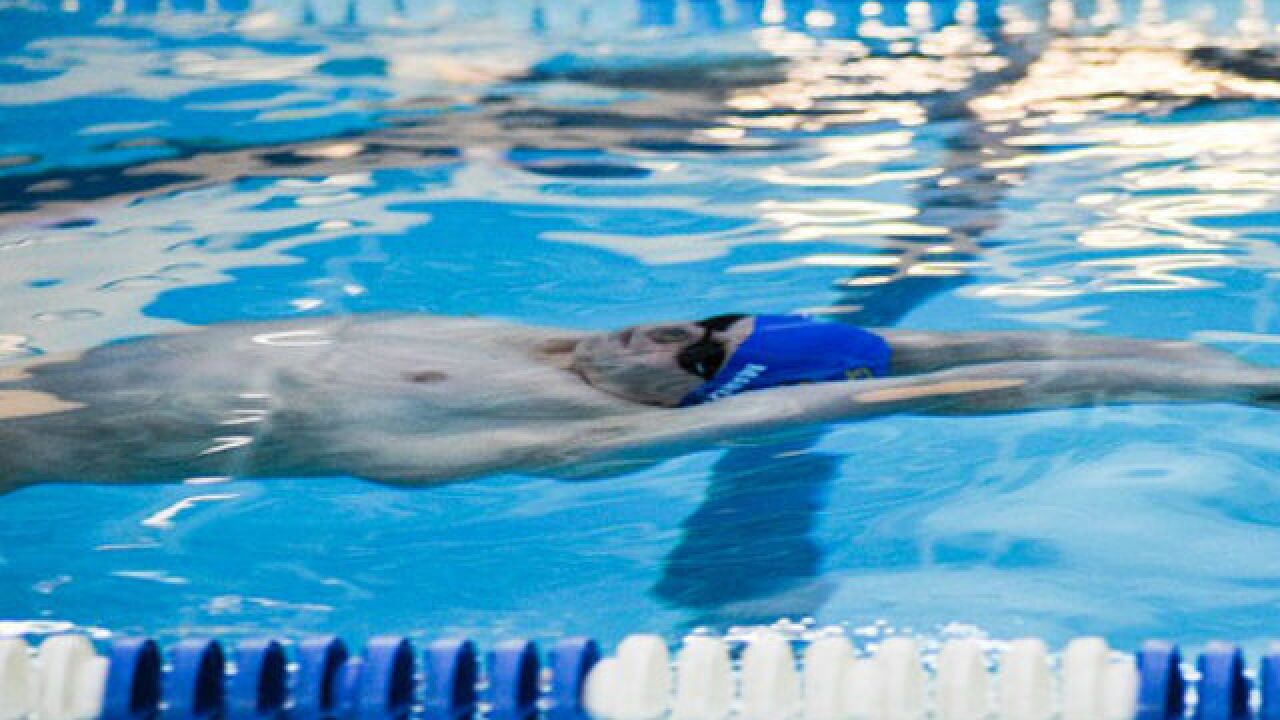 What he does with his academic endeavors and sustainability studies around the Seven Hills campus and in the community would be a full plate for most students.

Marquardt also happens to be an accomplished swimmer who has qualified for the Olympic Trials in the 200-meter backstroke (2:03.68).

Don’t take him wrong. Marquardt is psyched about competing in Omaha, Nebraska in June for the trials.

But, the 18-year-old has also so much else going for him as he prepares to attend Princeton University in the fall with a plan to study chemistry and minors in finance and sustainable energy. This month, he is running track and finishing his full class load at Seven Hills. He takes classes that include multi-variable calculus, Advanced Placement physics, biology and English literature and French 5.

A decade from now, Marquardt might be making a splash with his fervent interest in sustainability initiatives.

“One thing I really believe in is that the vast majority of people won’t adopt sustainable measures unless they make economic sense,” Marquardt said.

“My goal is to help make these sustainable systems or inventions or whatnot make economic sense so that companies that are looking at the bottom line say, ‘Ok we want to use this.’ This is a double whammy because not only does it reduce our cost, but it makes us look better as a company.’”

On a late April weekday morning Marquardt discusses the receding of Mount Kilimanjaro glaciers. As a 15-year-old, he climbed Mount Kilimanjaro to fulfill one of his school personal challenge projects during the winter break of his freshman year.

In the process of that trip, he also helped to raise money for a friend who at the time was undergoing chemotherapy for leukemia.

Marquardt also made a decision to be an ardent support of environmental initiatives.

“Matthew said when he was up there and looking at that (glacier), that really struck him about the impact we are having on the environment,” said Nick Francis, Seven Hills’ director of experiential learning. “And he said from that he really started taking an interest in sustainability and what he could do.”

Last summer, he helped paint part of the school’s roof white in order to save on energy costs. He’s been involved in various recycling projects, including placing bins around school for dry erase markers and any plastic pens or mechanical pencils.

More recently, he and a few other students have looked into reusable trays in the cafeteria and silverware. He helped design decals as reminder to turn off the lights in an empty classroom. There are also decals for laptops to remind users to limit their printing and in bathrooms on paper towel dispensers.

“Honestly, I don’t know how he does it all,” Francis said. “I really don’t. He’s just an eager kid. He wants to get things done. He’s not somebody who has an idea and just wants to talk about it. He wants to take action. And he’s very good about action steps.”

The steps toward the Olympic Trials have been triumphant for Marquardt, who helped Seven Hills win its second straight Division II state boys swimming title in February.

He qualified March 16 at the NCSA Junior National meet through his club team, the Sea Wolves. He will compete in Omaha on June 30.

Marquardt understands swimming doesn't receive a large portion of media coverage like the other sports until the Olympics. But, he's happy to share the spotlight for the other high school swimmers and his school in the process.

“I feel like I owe a lot of my personal and intellectual growth to the school," Marquardt said. "I’m just really glad I can give back in some way like this."

“As good of an athlete Matthew is, he is even a better student,” Seven Hills Athletic Director Brian Phelps. “His attention to detail and sincere passion and dedication to be the best he can be in the classroom is simply impressive.”

Marquardt takes a challenging load of courses and can often be found in the library or an unused classroom finishing a project or getting ahead on his homework.

“Matthew deserves everything he has accomplished so far because he has put the work and time into achieving his goals,” Phelps said.