Dyer: Will Ohio hoops get a shot clock? 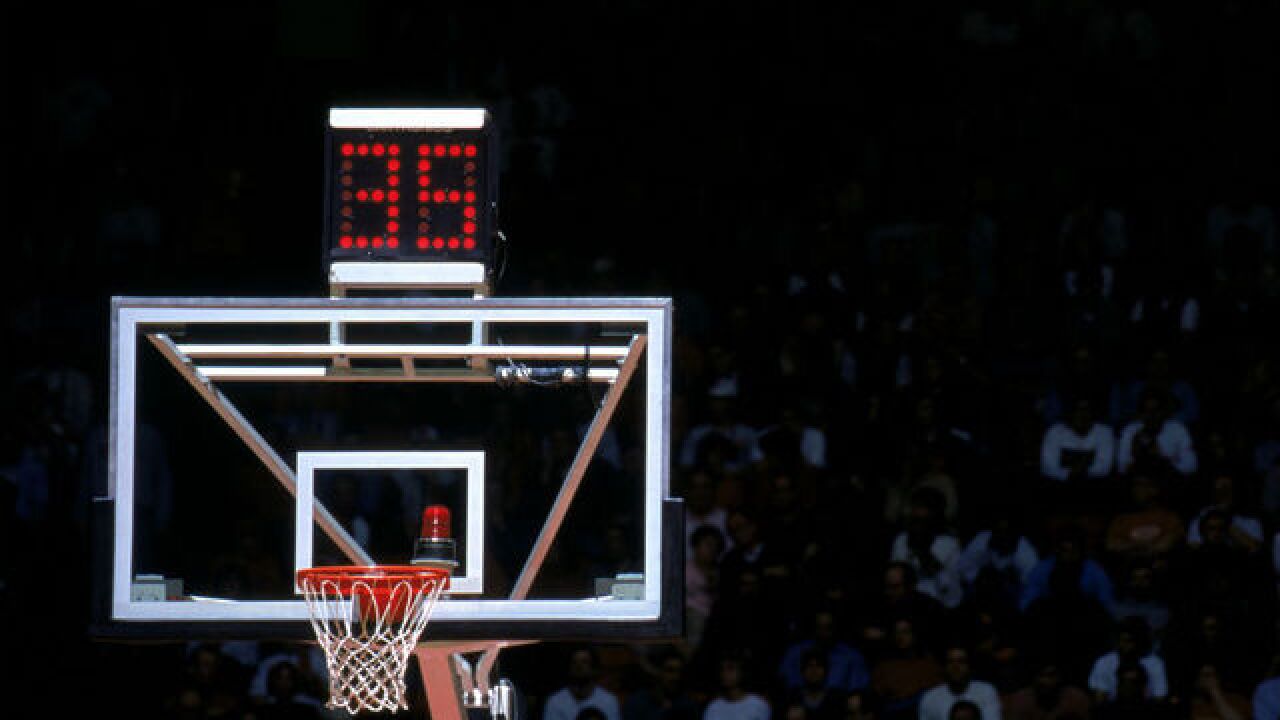 Maybe it’s the reality of teams being settled in the middle of the season. Or fans are tired of being cooped up because of cold weather.

Snodgrass, an Ohio High School Athletic Association assistant commissioner, has extensively heard the arguments on both sides of the debate.

However you slice it, the reality is a shot clock for boys’ and girls’ basketball is mostly a dead issue at the moment in Ohio.

“Many people are of the thinking we can just put it in the varsity level,” said Snodgrass, the OHSAA basketball administrator.

But the reality is a shot clock would have to be implemented at each younger level down to the seventh grade, Snodgrass said.

Just like when the 3-point line was adopted in 1987— all levels have to be consistent.

Greg Nossaman, president of the Ohio High School Basketball Coaches Association, said an informal questionnaire in October yielded 53 percent of coaches in the state against the shot clock and 47 percent in favor.

The association will host its annual winter meeting March 16, but Nossaman doesn’t see anything different on the horizon in terms of implementation.

“For a lot of schools it comes down to the finances and running it,” said Nossaman, the boys’ basketball coach at Olentangy Liberty High School in Powell, Ohio. “I guess – is it needed? I don’t know. Me personally, I don’t like it.”

For a number of years, proposals to implement a shot clock nationwide have been defeated by the National Federation of State High School Associations (NFHS) Basketball Rules Committee.

However, eight state associations utilize the shot clock for the boys’ or girls’ game or both.

Washington was among the most recent states to make the change as it installed a 35-second clock in time for the 2009-10 season.

However, those states forfeit a seat at the table of the NFHS basketball rules committee. Ohio doesn’t want to lose that influence.

“We are a very significant player in the national rules,” Snodgrass said.

Minnesota has been out of the rules process for a number of years as the state plays 18-minute halves and uses instant replay during televised games of the state tournament (semifinals and finals).

The state also allows the shot clock on an experimental basis.

“Some might say that we are somewhat rebellious, but these changes have worked really well for us,” said Kevin Merkle, associate director of the Minnesota State High School League.

“Our Coaches Association is about 60 percent in favor of shot clocks, but we are still a ways from making it a rule,” Merkle said. “(There is) just too much cost to schools for the equipment and a person to run the clock – and we still have many who feel it is not necessary.”

Snodgrass isn’t necessarily against the idea of a shot clock for the game, but the administrative challenges associated with finding a good clock operator and the cost of installation is another matter.

Cost can certainly be a hindrance for school districts, but most coaches say they worry more about the potential for errors to the game itself.

Moeller basketball coach Carl Kremer says he would favor the shot clock to a degree. He would look forward to the new strategy it would bring to the game, but he still has concerns.

"Running a shot clock is not easy," Kremer said. "You see shot clock issues often in the NBA and college. High schools will need to find competent people to do this."

With the state girls’ tournament underway in Columbus and the boys’ tournament next weekend, some area coaches feel the game is ready for a change.

“I never was a proponent of it but have been warming to the idea as of late,” Mason girls’ basketball coach Rob Matula said. “It might make some games a whole lot more interesting if teams have to shoot the ball within a certain time frame.”

Longtime La Salle coach Dan Fleming said he would be in favor of the shot clock despite the Lancers being known for their slower pace in a Princeton-style offense.

A quicker pace may not be necessarily better, Fleming said, but there would be many more shots during a game, which would change the dynamic.

“I know people think that because we play slow that it would hurt us,” Fleming said. “But we think we would adjust and the other team would have to score against us in 30 seconds – not exactly an easy task.”

Aiken coach Leon Ellison is definitely in favor of a shot clock.

“The shot clock in high school prepares student-athletes for the next level and also puts an emphasis on individual skill development as players now will have to be able to create their own shot at the end of a shot clock,” Ellison said.

Still, others prefer not to see a change anytime soon.

Longtime Mason boys’ coach Greg Richards would prefer not to see a shot clock. He likes the way the game is organized.

While the movement toward at shot clock at the high school level is gathering significant momentum, that attention is being driven by broadcasts or social media, according to Purcell Marian boys’ basketball coach Scott Kerr.

“If it’s a varsity-only rule, then you are teaching players new concepts to kids who by and large will never play basketball above the high school level,” Kerr said. “Who benefits from that?”

Kerr said his opposing view has nothing to do with money and everything on game administration.

“Watch a college basketball game and take note of the times there is a shot clock issue – from the clock working period to incorrect resets of the shot clock to questions over the ball hitting/not hitting the rim,” Kerr said.

“It adds an extra layer of potential game administration errors in an area where most of the clock operators are unpaid volunteers with little to no training. An accidental shot clock reset or missed reset in a low possession game could make a big difference.”