Dyer: Ex-Colerain star has hopes for spot in NFL 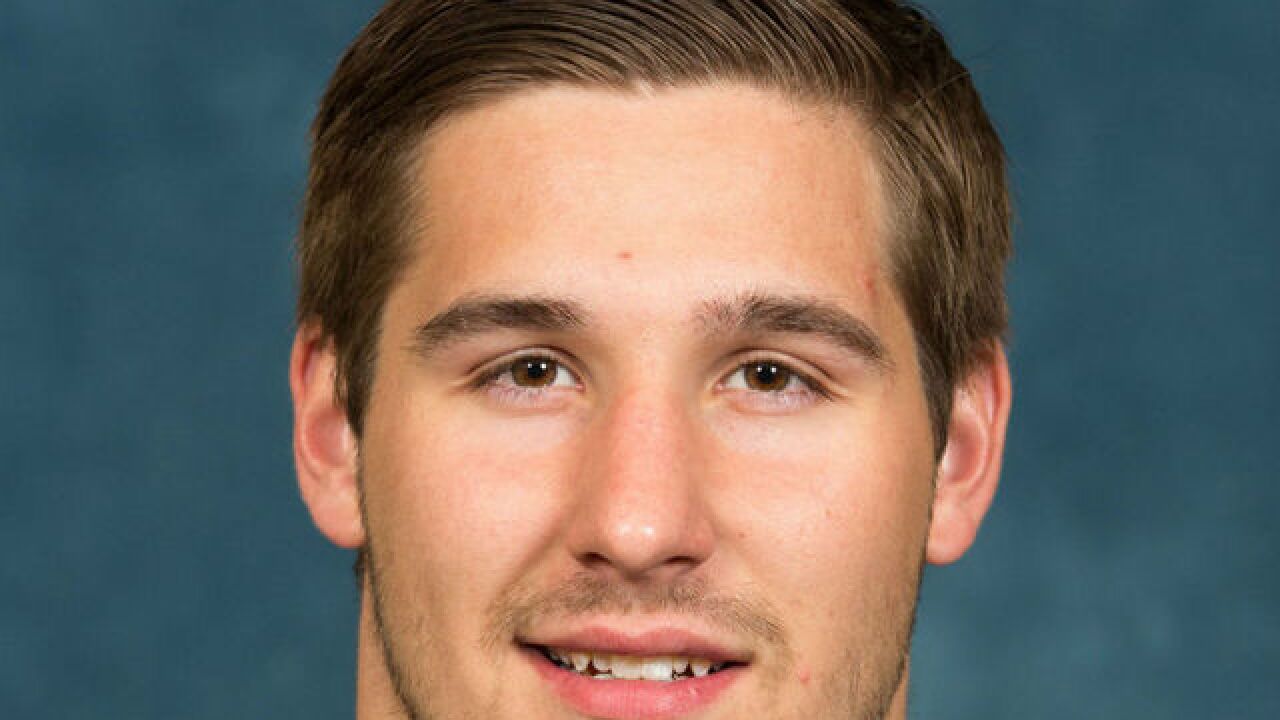 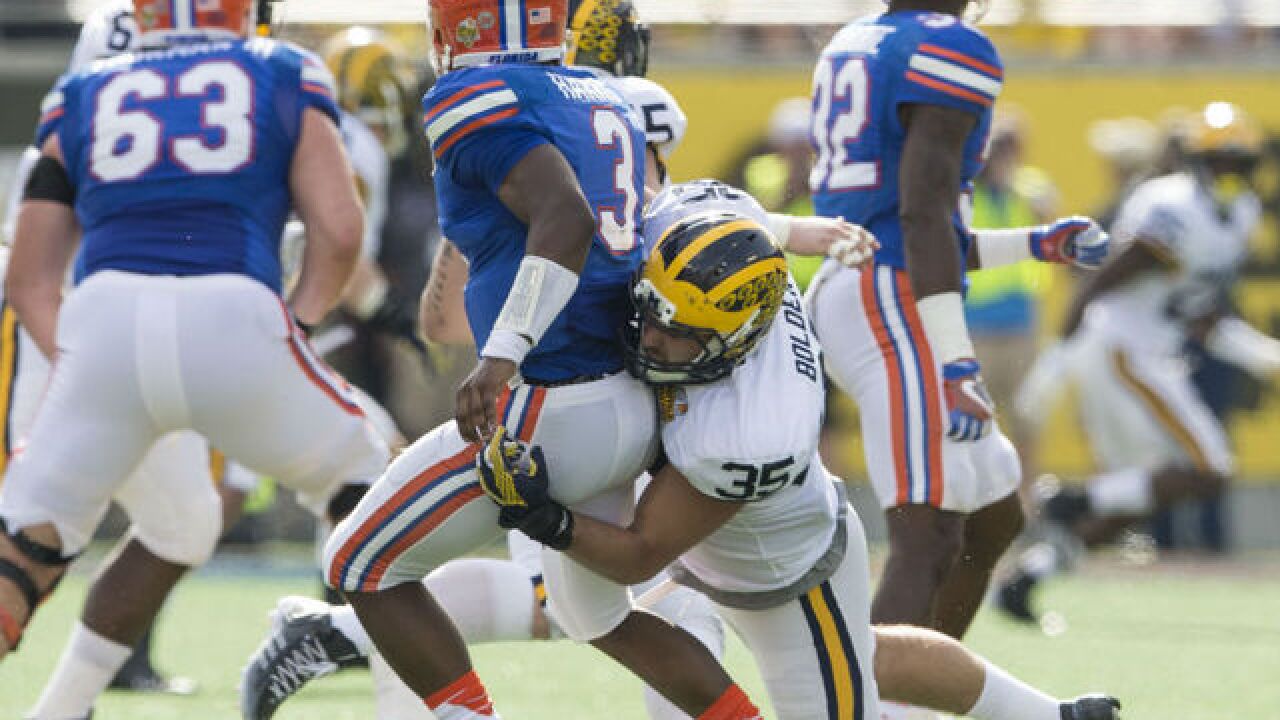 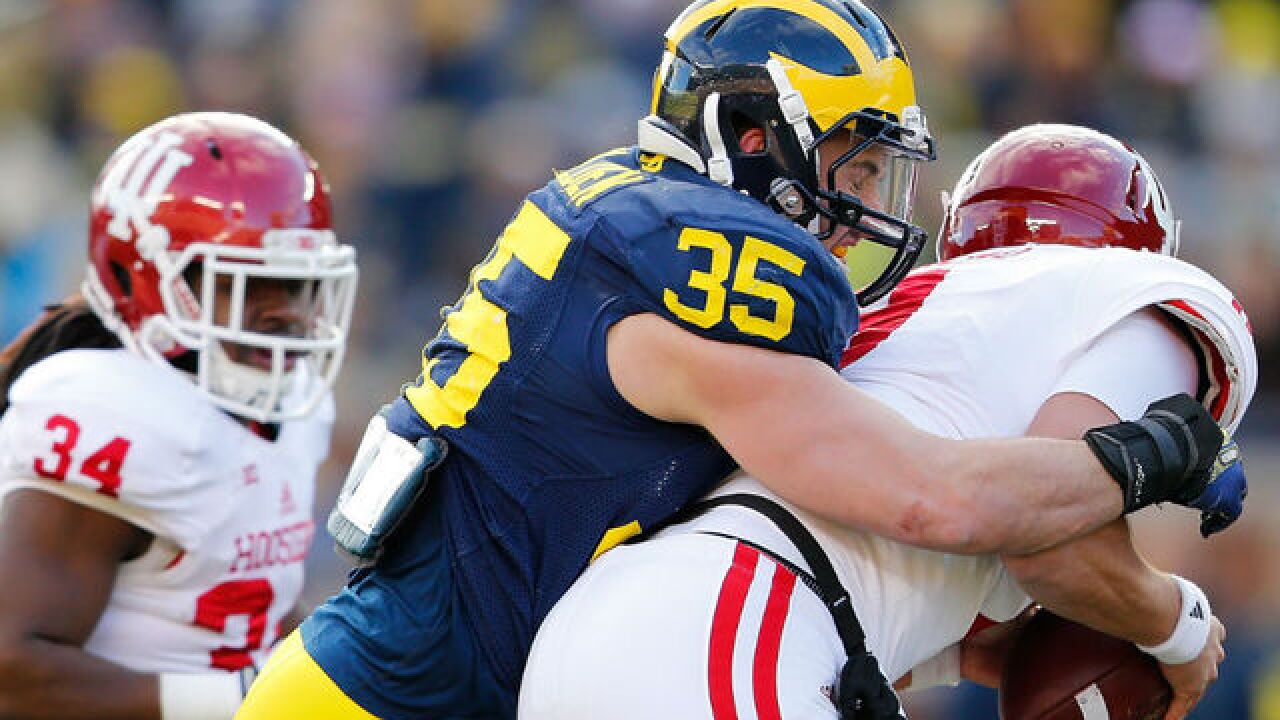 But, that’s just the reality this spring when his son, former Michigan linebacker Joe Bolden, is living at home.

The menu is understandable given that Joe is working toward a spot in the NFL.

Everyone in the Bolden household is eating baked or roasted chicken these days. “Ice cream is a no-no,” Dan deadpanned.

Joe Bolden, an Under Armour All-American linebacker while he was at Colerain High School (2011), regularly works out at Ignition in Mason while he waits for an opportunity to have formal workouts with NFL teams starting next week.

He has a workout with the Bengals April 19 and will drive to Detroit for a session with the Lions April 20.

Life is simple in some aspects for the 22-year-old yet it's unpredictable too. He may be doing some drills and workouts he may never have to do for the rest of his life. Or it may be just the start.

“Instead of getting in shape to run a 40 (yard dash) and to bench press 225 (pounds), it’s actually to get stronger and to get faster in more of a football-related way,” Joe Bolden said.

He has worked out at Colerain High School and the Clippard Family YMCA on Cheviot Road. There is also a lot of waiting and praying.

“It’s a roller coaster and it’s a journey,” Joe said. “Coming back here (to Colerain) to see my brother and my cousins work out. It’s crazy to think I was there five years ago. Now, I am unemployed and living at my parents’ house trying to get a job. You are no longer a student-athlete.”

On Monday, he worked out with his father on long snapping in a little corner of the YMCA while a rainstorm occurred outside. Dan taught Joe to long snap in grade school, but Joe didn’t need it as a punter in high school.

“He’s trying to make himself as marketable as he can,” Dan said.

That means learning to play H-back or fullback. He will pick up a blitz or catch the ball out of the backfield – anything to impress a team.

Joe has made contact with virtually every NFL team – whether through phone calls, interviews or questionnaires and he’s keeping his fingers crossed as the NFL Draft approaches April 28-30 in Chicago.

All the 6-foot-1, 230-pound Joe Bolden wants is a chance to show an NFL team what he can bring to the table. He doesn’t care too much about his combine or pro day numbers.

“You are going to see an individual who shows up and gives 100 percent every day,” Joe said. “So often when you get to this level you have to take somebody else’s job in order to get a job. I am not afraid to do that.”

Joe Bolden will probably not be a starting linebacker but could contribute as a special teams player or a long snapper. He doesn’t want to be relegated to a third-string or third-down linebacker.

“He’ll probably need to make it as a priority free agent, but there is a lot to appreciate about his game,” said NFL draft scout and CBS Sports analyst Dane Brugler. “His lack of ideal size/speed/strength will hurt him in the eyes of NFL teams and limit his pro future, but he plays above the measureables and will have a chance to make noise while in training camp.”

Bolden was a four-year letterman and appeared in 51 games at linebacker, making 28 starts for the Wolverines. He was a 2015 All-Big Ten honorable mention selection and was on the Butkus Award watch list.

Bolden was a co-captain last season for Michigan and made 11 starts in 12 games. He surpassed the 200 career-tackle mark in September.

Bolden is most proud of being a captain at Michigan. He had a good rapport with Jim Harbaugh, especially at the start of his transition as Michigan’s head coach.

“There were a couple times I would walk into his office and ask him a 15- or 20-second question and I was there 30 minutes later,” Bolden said. “A really relatable guy. He thinks outside the box. …Coach Harbaugh was a guy I felt really comfortable with immediately.”

Although Harbaugh receives a great deal of media attention, Bolden has nothing but kind words about his former coach.

“People may think he is trying to break the rules and spending how many months I did with him, there is not a rule the guy doesn’t follow and follow to a ‘T,’ Bolden said.