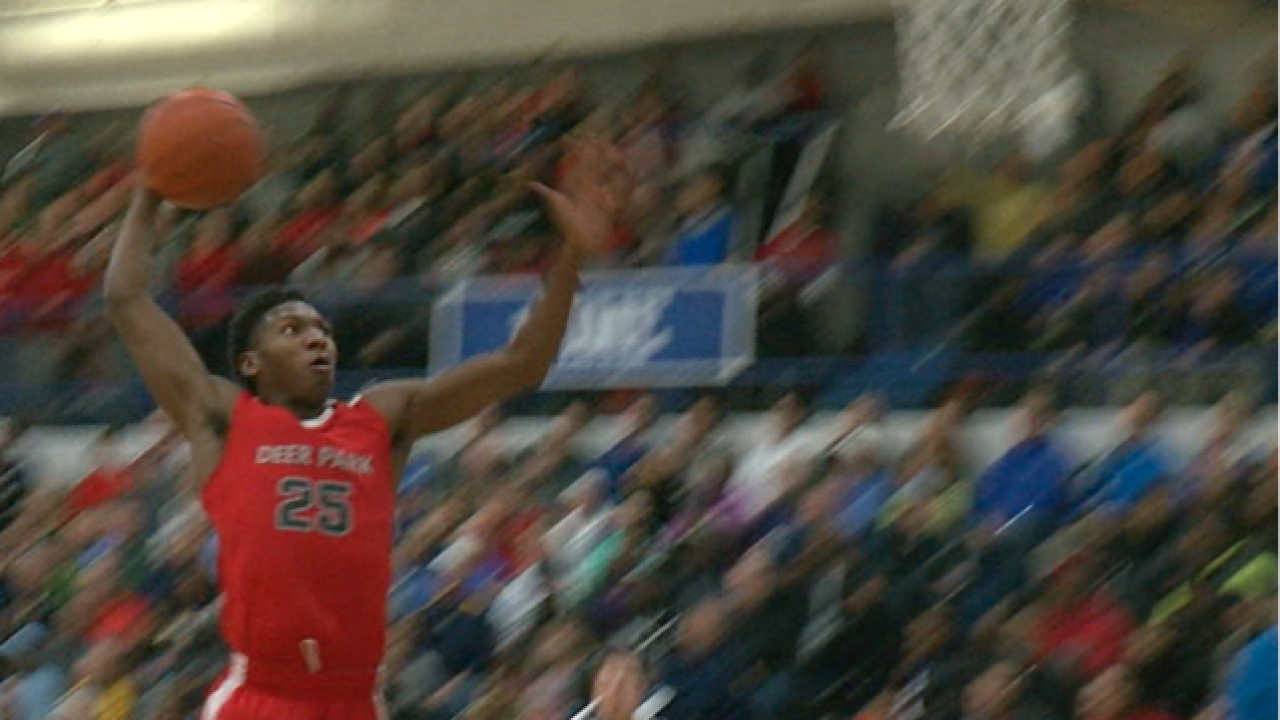 The undefeated Deer Park boys’ basketball team earned yet another significant win on the road in the Cincinnati Hills League and plenty of Wildcats’ fans were there to enjoy every moment at Wyoming High School.

“It’s electric,” Wise said. “It’s the best feeling in the world. I just like playing in front of a sold-out crowd.”

“He was on fire (Tuesday night),” Deer Park coach Steve Gentry said. “He might have the school record.”

Wise added 18 points while senior guard Damani Mcentire added 13, including a couple of high-flying dunks. Deer Park (16-0, 10-0 CHL) is ranked No. 3 in the Associated Press Division III state poll and may just be the team to beat in March.

Tuesday night proved yet again the Wildcats are capable of thriving on a big stage with their athleticism on both ends of the court being apparent in all four quarters.

“It was super intense,” Gentry said. “All of our games are going to be intense. We are the team to beat now. We have the ‘X’ on our back; everybody is going to give us their best shot. They are coming out swinging. We just hope we can sustain that and put together a run ourselves and pull the game out at the end which we did (Tuesday).”

Being 16-0 is unfamiliar territory to the Deer Park High School community. The Wildcats won the CHL title in the 2007-08 school year, but have never started the season 16-0, according to Athletic Director Greg Huster.

“Our crowd is our sixth man,” Gentry said. “They’ve been responding. When they get up and roaring that gets us going.”

Gentry said he continues to emphasize to his team the importance of the next two weeks before the annual sectional draw meeting at Lakota West Feb. 11. Deer Park has a strong resume to put toward earning a No. 1 seed and has some thinking about Columbus.

“I think this is a really special group because we are all buying in,” Wise said. “There is nobody who is selfish on our team.”

Wyoming coach Tim Edmonds liked the effort but said it was difficult to overcome 13 turnovers in the first half against a talented team like Deer Park.

“We are physically outmatched when we play those guys,” Edmonds said. “It’s tough to match up, especially with the young guys we have.”