Dumping KY's prevailing wage will save tax dollars, but at what cost to workers? 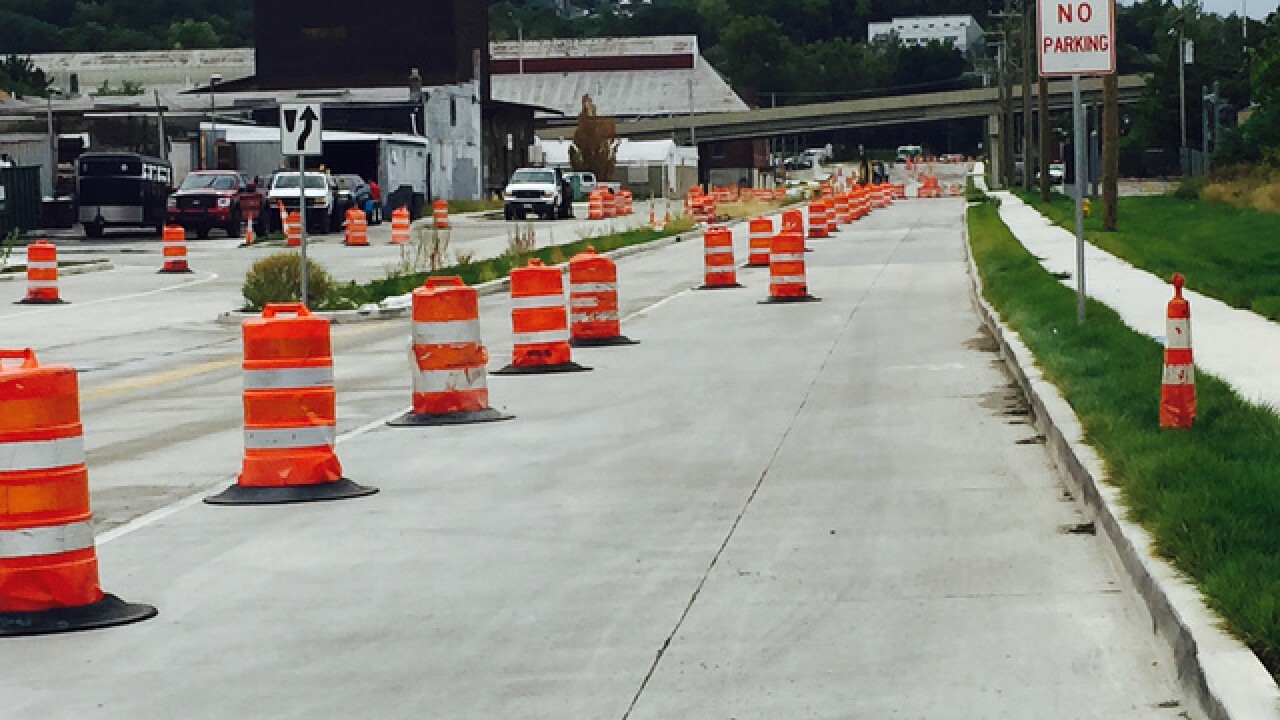 Copyright 2017 Scripps Media, Inc. All rights reserved. This material may not be published, broadcast, rewritten, or redistributed.
Vickie Ashwill | WCPO contributor
<p>Road projects like this one on Route 9 in Newport will no longer be subject to a prevailing-wage law, lowering project costs across the board. But construction workers may feel the pinch.</p>

When the prevailing wage was rescinded by the Kentucky General Assembly on Jan. 6 and signed into law by Gov. Matt Bevin the following day, it gave a needed boost to school districts and other publicly funded projects such as schools and roads.

In the process, some argue, construction workers will likely feel the pinch. Although a school district might save thousands, it would result in smaller paychecks for some workers.

But what is a prevailing wage?

In a nutshell, it's the hourly wages and benefits paid to construction workers or mechanics on state, county, local and school district government projects that are estimated to cost more than $250,000. The wages are at least the average of what the majority of tradespeople get paid in their field. Included are bricklayers, pipe layers, electricians, plumbers, plasterers, roofers and others. The hourly figure varies by trade and occupation and is set by the Kentucky Labor Cabinet for each county. Most states and the federal government have prevailing wage laws.

Kentucky adopted prevailing wage law in 1940, and it's gone through several changes over the years. Schools were taken out of the mix in 1982, but were put back in in 1996.

From the legislature's perspective, dropping the prevailing wage would save 18 to 23 percent on construction costs, said Damon Thayer, (R-District 17), majority floor leader. "It's likely to lead to an unleashing of a number of projects across the Commonwealth," he said. "It's going to save money on any publicly funded construction."

Others said it could save even more.

It's going to take some time to vet out exactly what the impact will be, "if any," said Chad LaRue, executive director of the Kentucky Association of Highway Contractors in Frankfort. LaRue said many road projects also have federal funds attached, which still need to meet prevailing wage. He said it's unclear whether some existing contracts would be affected, but he expects it would only be new ones.

Several construction companies did not return calls to comment on the change.

Tyson Hermes, vice president of Hermes Construction in Erlanger as well as the city's mayor, said his company had done some school projects in the past where districts asked that the estimate stay under $250,000 to avoid the higher wages.

Will workers head home with less in their pockets as a result of the new law?

According to Bill Finn, state director of the Kentucky State Building and Construction Trades Council in Frankfort, the answer is yes.

"They will be paid less or they will be unemployed," he said. "This law is 77 years old."

He said that in a period where there are not enough construction workers, this bill will chase more people away from highway jobs.

(It won't, however, restart Kentucky roads projects that were put on pause by the state. That is a separate budget issue.)

"It was the better pay and benefits that kept them in one of the most hazardous jobs out there," Finn said.

Then again, maybe not.

"They might stay on (a company's) payroll if they were working for less, getting paid even when there's not a lot of work," he said.

Boone County School District Superintendent Randy Poe, who testified in favor of eliminating the prevailing wage, was happy that the law went into effect so quickly. Fast-tracking it will allow schools to eliminate the prevailing wage on summer projects that will go out to bid this spring.

Poe said the district would have saved $50 million over the past 19 years if they had not had to pay prevailing wages, noting that most school projects cost more than $250,000.

That's important to a still-growing district, which Poe said is still six schools behind in construction.

The change will likely have an impact on Northern Kentucky Sanitation District 1 as well. Executive director Adam Chaney sees it as a positive change for ratepayers.

"We are hopeful that it will result in cost savings that will ultimately enhance SD1's ability to meet a variety of community needs," he said.

And although it's not clear if existing contracts will be subject to change, Chaney said SD1 is looking at current and upcoming contracts to see how a change could affect overall costs.