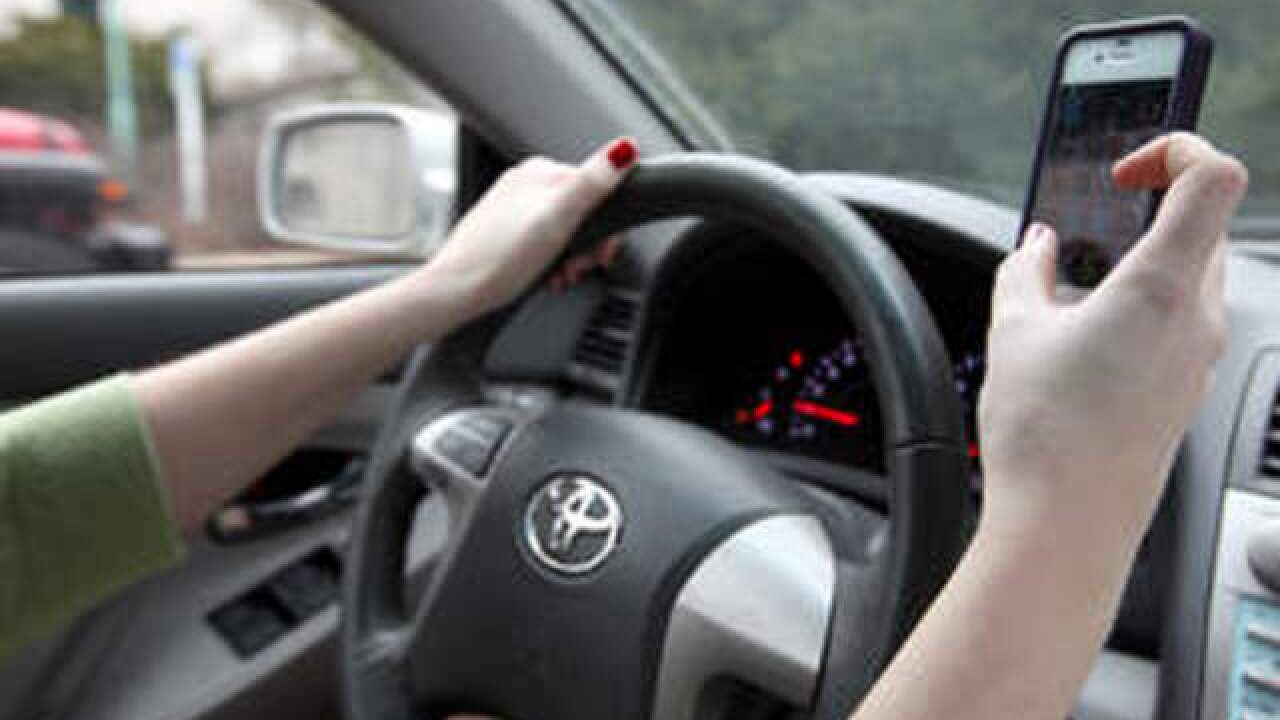 CINCINNATI -- Since the dawn of drivers’ education, “Expect the unexpected” has been a tenet of safe driving. But nowadays, road-safety professionals say there is more of the unexpected to contend with. Which means teen driving classes are quite different than the ones their parents attended – because the streets have changed.

Roads are riddled with distracted motorists – on their phones, texting, talking to backseat riders – and drivers’ education has changed. It still teaches teens how to spot a drunk driver, but it also teaches them to watch out for a driver drinking coffee while talking to his kids and answering his phone. The signs for both situations may be similar: driving too slowly, weaving in and out of a lane.

Cheryl Parker, spokesperson for Ohio Valley AAA, said, “The threats to driver safety on the roads are much greater than they were when generations ago were going through driver training.”

These days, she said, a good portion of driver education offered by AAA “deals with unsafe driving behaviors, whether it’s distracted driving, drowsy driving, drugged driving. Its gone beyond how you hold the steering wheel and safe following distance and some of the basic things that we learned in driver education (in past years).

“Now there are very serious threats to drivers on the roads,” Parker said, “and a young driver is not prepared for those challenges. It’s important for us in driver education to make sure we have real discussions about those challenges and prepare young people for the fact that road safety – it’s a different ballgame.”

Among newer hazardous conditions, she said, is an increased number of overworked or drowsy people getting behind the wheel: “People are doing more and not getting as much rest as they need to. Drowsy driving is a factor in more than 320,000 crashes each year. Many of those result in injuries and fatalities. Drowsy driving can be just as dangerous as driving under the influence of alcohol or drugs.”

A comparison of stats shows a decline in the number of fatalities among Ohioans ages 16 to 20. The Ohio Department of Public Safety reported 207 people killed in that age group in 2000. The number for 2014, the latest year ODPS stats were available, is 101. Whether this is because of air bags, seatbelts or better education is uncertain. But one thing everyone can agree on: The numbers would be better with fewer distracted and exhausted drivers on the road.

Joe Tussey, who teaches driving at Jeff’s Driving School in Blue Ash, said it’s the adults who present the biggest threat to themselves, passengers and travelers in general.

“We have a lot of video and curriculum about distracted driving, whether it’s texting, whether it’s social media, whether it’s something seeming as trivial as music,” he said. “(But) it’s not even really kids. It’s the adults that have driving experience more than the kids," whose behavior should be recognized as a safety threat.

In class, he said, “I showed a 10-minute video of a guy following a woman down 75 southbound, and … you see her float into all these different lanes over and over again. She’s texting, she’s on her phone, she’s messing with her kids in the backseat.”

Tussey said students at Jeff’s Driving School take 24 hours of classroom training and 40 hours of in-car training. In Ohio, residents under 18 are required to take a drivers’ education course before they can get their regular license.

“Kids are a lot more careful about it, in the sense of all the information is fresher to them," he said. "We make them watch the videos of people who have driven into the back of a semi and just completely disintegrated their car. And you know that’s a very real fear for a teenager, because when you’re a teenager the first thing you think of is, ‘How am I gonna screw this up?’”