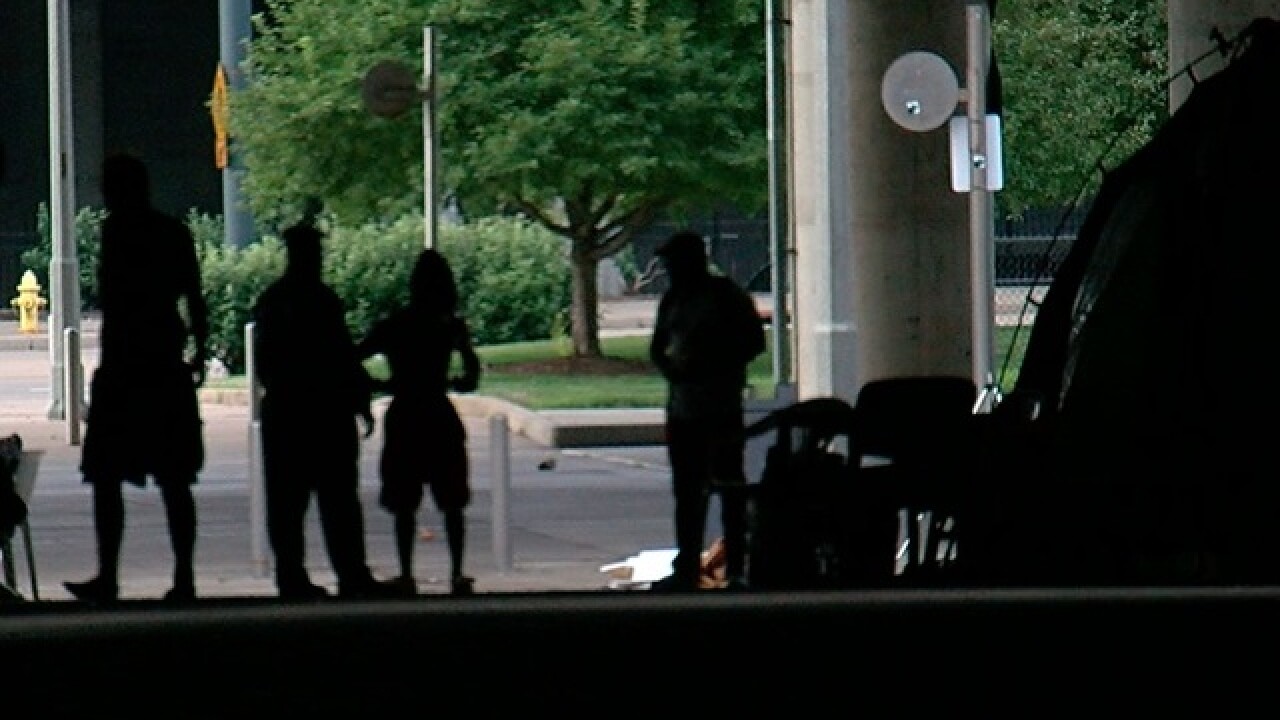 Copyright 2018 Scripps Media, Inc. All rights reserved. This material may not be published, broadcast, rewritten, or redistributed.
Terry Helmer | WCPO
<p>CINCINNATI. July 16, 2018. Police and social workers talk with people living in a homeless camp near Third and Plum streets.</p> 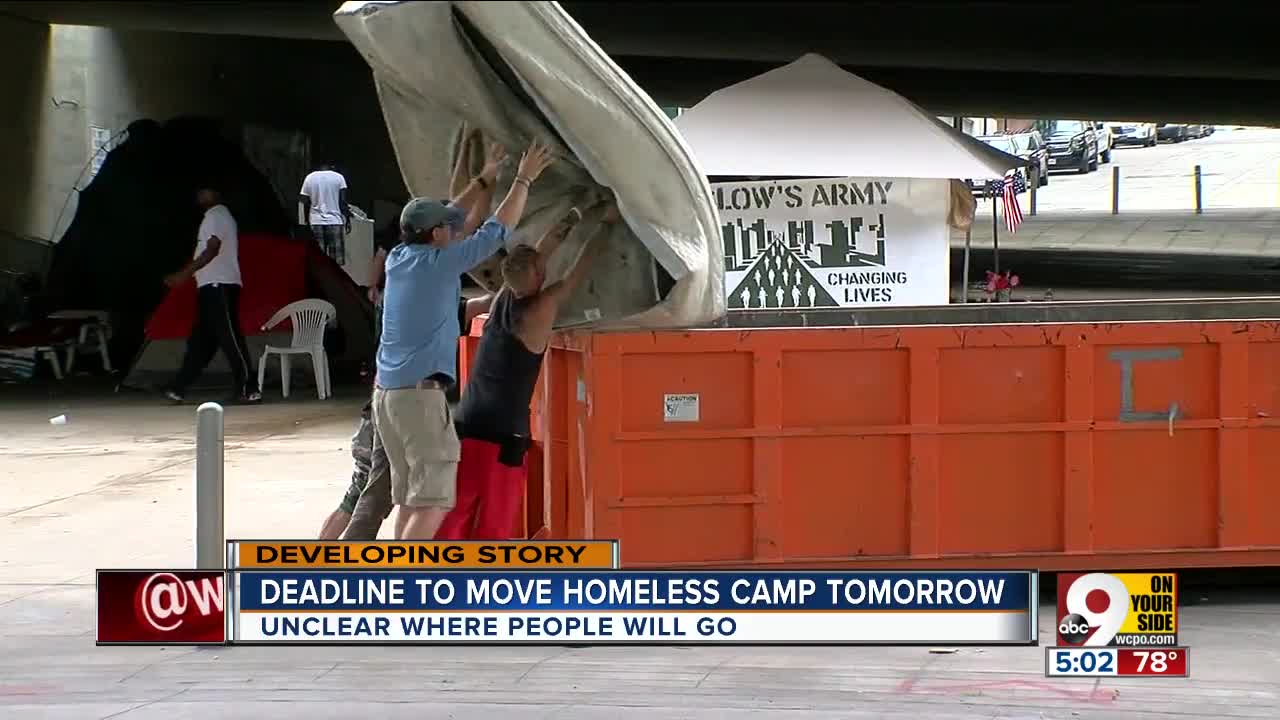 CINCINNATI -- Some Downtown residents who live in apartments and condos worry their voices have gotten lost in the controversy surrounding the city’s attempts to evacuate dozens of people from a homeless encampment near Third and Plum streets.

“It’s frustrating,” said Tim Holcomb, director of Miami University’s Institute for Entrepreneurship and a resident at The Banks. “I’m sure it’s frustrating for those that are living without the means to take care of themselves, but it’s also frustrating for the 15,000 or so that call downtown Cincinnati home.”

A report by Downtown Cincinnati, Inc. board member Jason Barron, who also is a Downtown resident, spelled out those concerns in stark terms. Residents told him they have witnessed public urination and defecation and public sex behind cars in a county-owned parking lot. They also said they have seen public drug use and drinking and that the area frequently smelled of marijuana.

Holcomb said he and his wife have seen all of that and more, including physical fights between people who stay at the camps.

“I have enormous compassion for the folks living in the tents on Third Street and anyone that is experiencing that level of adversity and suffering,” Cincinnati City Councilman Greg Landsman told WCPO last week. “I also appreciate and need to keep people safe and ensure that if there are serious health issues related to such a situation where you have folks living in tents on Third Street that a resolution needs to be pursued.”

But that’s what Holcomb said he and other Downtown residents worry isn’t happening.

Acting City Manager Patrick Duhaney on July 16 issued a memo announcing that the city had given the people staying at the encampment 72 hours to leave so the city could clean the area and fence it off to prevent future encampments.

The deadline prompted advocates for the homeless to plead for more time on behalf of the people who have been living in the encampment. Duhaney agreed to give them until July 25 to move.

It’s unclear where they will go, however, and that has some Downtown residents questioning whether the city’s strategy will work.

“I don’t think you’ll find a lot of distance between the views of residents and the folks that are helping the homeless that we need more than just a short-term fix,” Holcomb said. “Long-term solutions are needed. But the reality of where we are right now today, it’s an untenable situation.”

The men’s and women’s shelters operated by Shelterhouse could take 20 of the men and women staying at the camp, said Arlene Nolan, Shelterhouse’s executive director.

“Folks can come in and if you come in and you want to engage with us, there is a plan for you,” she said. “But I don’t have the power to force them to come in.”

And it appears that some people who had been staying at the encampment near Third and Plum streets are finding their own new places to pitch their tents.

In an email to Duhaney, Cincinnati City Council members and other Downtown stakeholders, Downtown Residents Council President Sue Byrom wrote that she walked along Third Street earlier this morning and ended up walking toward U.S. Bank Arena and the adjacent garage because she had heard rumors that a new camp was setting up nearby.

“There are already some 10+ tents under the I-71 overpass, along with a barbecue grill, a corn hole board, etc.,” she wrote.

As she walked up to take a closer look, she said one of the leaders of the encampment near Third and Plum streets approached her and told her to leave. When she refused, he asked some other men lying nearby to come over to him, she wrote.

“It was getting ugly, and I felt threatened so I started to back down the slope to the sidewalk,” she wrote.

“If this is the solution that City Council is putting forward, I’m not sure it’s going to work. You keep talking about getting all stakeholders involved,” she wrote. “We’re Downtown residents, too, although that seems to be a concept fading rapidly in the distance.”

Holcomb said he and other Downtown residents want to see city officials find a solution that helps those most in need and keeps their neighborhood safe and sanitary.

“The people who are most in need of someone to act are at the mercy of people who won’t,” he said. “There is no easy answer. But clearly doing nothing is not an option.”