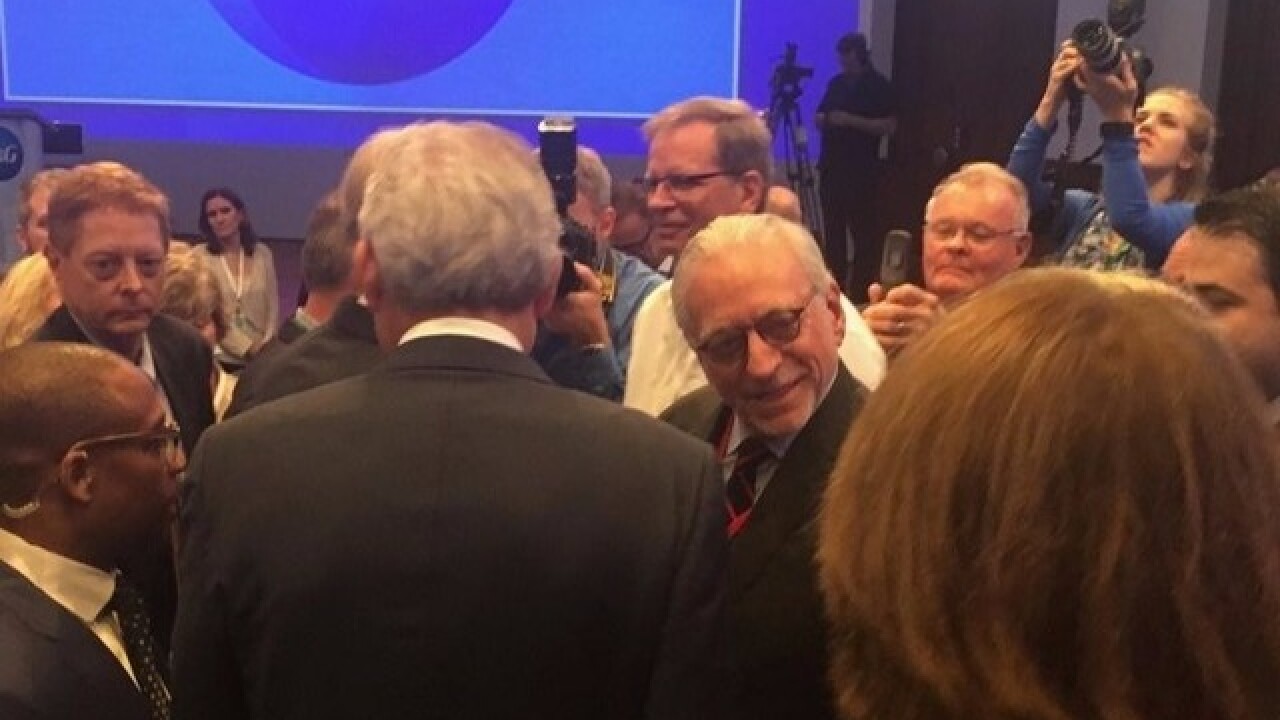 CINCINNATI - Nelson Peltz got off to a horrible start Friday, as investors digested bad news about two of his largest holdings: Procter & Gamble Co. and General Electric Co.

Peltz is the New York hedge fund manager who tried and failed this month to win a seat on P&G’s board. His investment company, Trian Partners, also gained a board seat at GE.

Both companies gave investors reason to grouse Friday. The market value of Peltz’s stock declined about $170 million between Thursday's close and this morning's opening bell.

GE appeared to be the bigger problem for Peltz as Friday began. The jet engine maker with about 9,000 local employees fell short of Wall Street’s profit expectations in its fiscal third quarter. The company also reduced its estimate for full-year profits. The stock was down nearly 10 percent in pre-market trading, but opened at $22.14, down 6 percent. That was a $100 million hit for Peltz's portfolio.

GE rallied after new CEO John Flannery told analysts he will sell more than $20 billion in assets and expand a $2 billion cost-cutting initiative. By day's end, GE shares closed up 1 percent to $23.83.

P&G exceeded analyst expectations for profits in its fiscal first quarter, but fell about $50 million short on revenue. The closely watched organic sales metric, which excludes unusual events like mergers and acquisitions, grew by 1 percent. That’s lower than the 2 to 3 percent growth P&G has promised this year.

“First quarter sales and earnings results were in line with our going-in expectations and keep us on track to deliver our targets for the fiscal year,” CEO David Taylor said in a press release. “Market share trends continue to improve, with more of our top brands and countries holding or growing share.”

But just as GE rallied with news of a major restructuring, P&G shares faltered as company officials told analysts what it's been saying for months: Faster growth is coming, despite evidence of declining sales in key markets. By the end of the day, P&G was down 3.7 percent to $88.25.

Peltz's combined loss from both companies was $108 million.