Should juvenile detention include solitary? 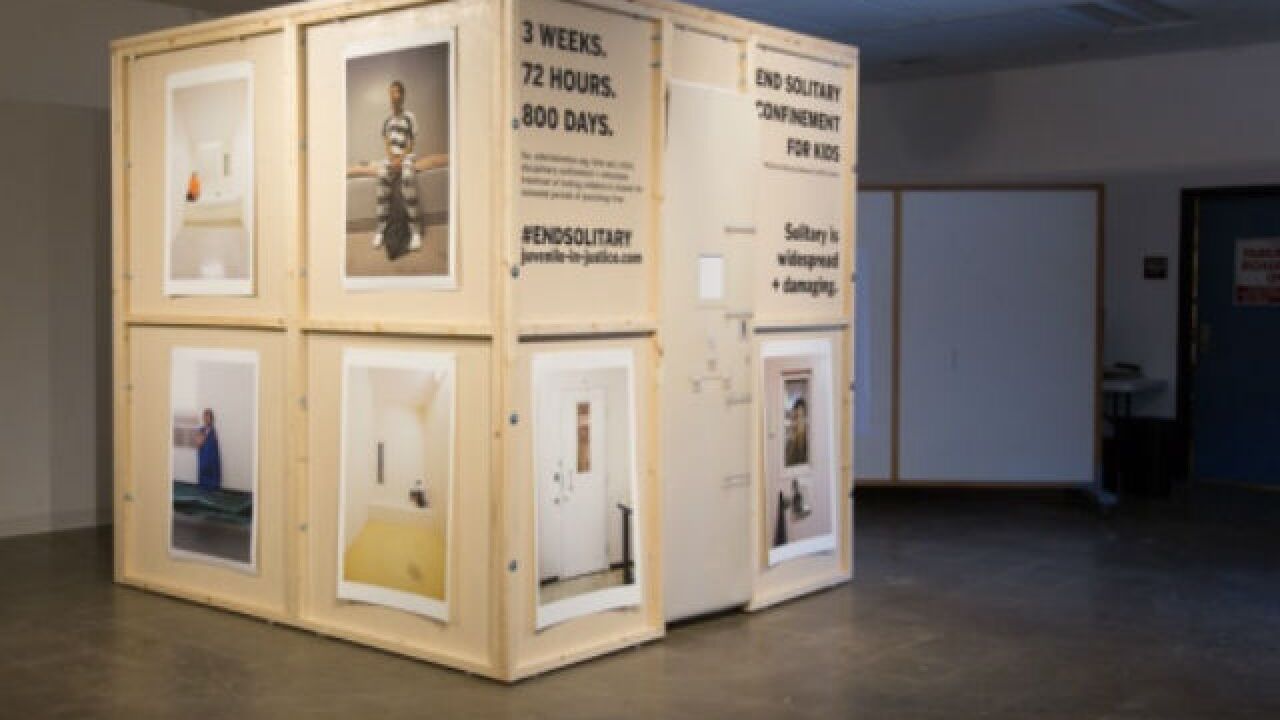 That’s the world of solitary confinement, and that’s a world some folks are working to end for juveniles.

Kim Tandy, executive director of Children’s Law Center, Inc., wants that practice to stop – and the CLC has worked out a way to demonstrate just how bad those solitary cells can be.

Turner Construction made a replica of a solitary confinement cell. The cell was on display at the Ohio State Bar Association Convention, held at Duke Energy Center this week.

“The juvenile justice committee is very interested in this,” Tandy said. “(Solitary confinement is) dangerous. It makes kids worse. It causes them to lash out and be violent.”

The cell’s construction was paid for mostly from donations made by lawyers who are trying to end this practice. There are 30 different organizations listed on the CLC website as opposing the practice, from the American Civil Liberties Union to The Ohio Council of Churches.

“Our call to action includes the end of the use of solitary confinement,” Tandy said. “Our hope is with this exhibit we can give people a dramatic snapshot of what this looks like.”

“My clients don’t have phones, books, watches, anything,” she said.

“The kids that spent the most time in ‘special management units’ were all kids that were mentally ill. Most are in prison now, and some are dead, so there isn’t much study on the long-term impact,” she said. “Our interest in this issue has been long-term.”

Dwayne Bowman, superintendent of the Hamilton County Juvenile Court, said they do not use the practice of seclusion, nor do any of the other facilities in Ohio that he knows about. His predecessor at Hamilton County, Harvey J. Reed, is now the director of the Department of Youth Services in Ohio.

“I’ve been here for 20 years, and we’ve never used seclusion as a long-term punishment,” Bowman said. “It’s kind of an antiquated practice. Mr. Reed is very progressive and has moved away from antiquated practices. Ohio has actually become a model for state juvenile correctional facilities.”

Instead of solitary confinement, Bowman said his facility tries to create incentives for good behavior. There are times when a resident must be removed from a situation, such as when there is an assault or a fight, but even that is for the shortest amount of time possible.

“Those are two different things, seclusion and isolation,” he said. “Even with isolation, our goal is to get that child out as quickly as possible, and talk to a counselor. Anything we do here is from a therapeutic standpoint.

“Our goal is to keep the kids occupied. The only time we schedule for kids to be in their rooms is at bed time, which is 9 p.m.”