Dinner on the farm: As local as you can get 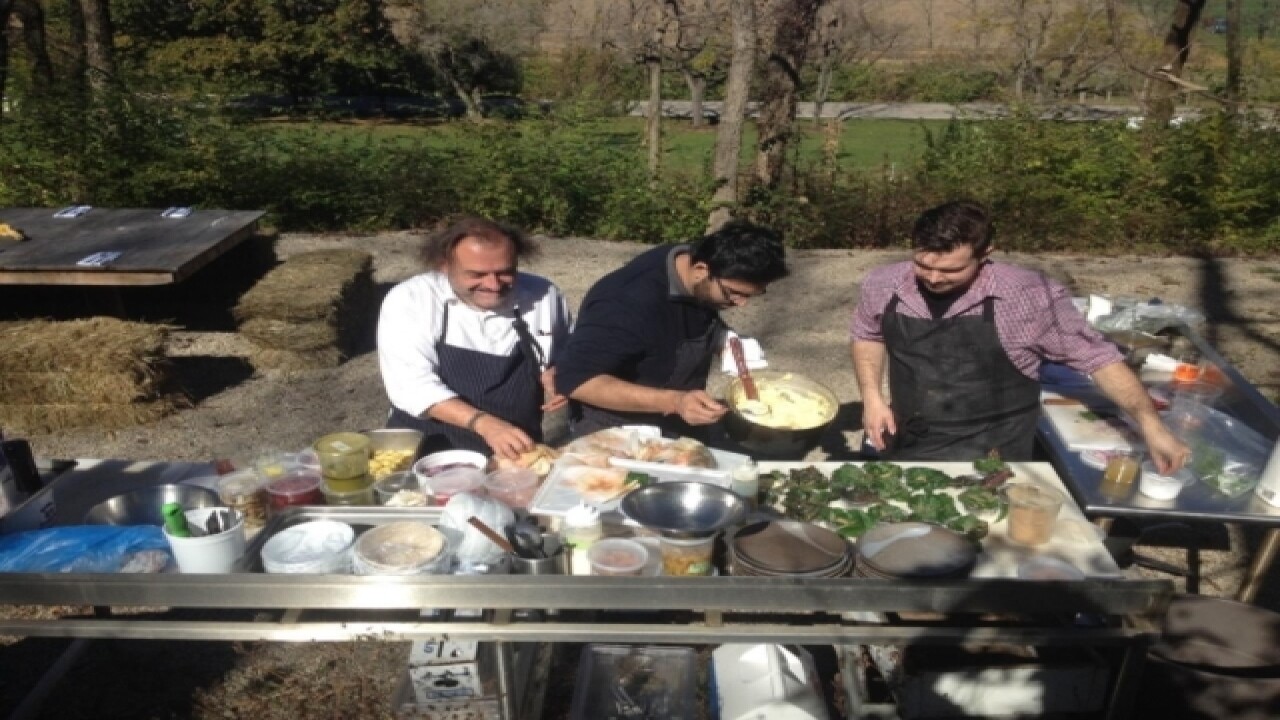 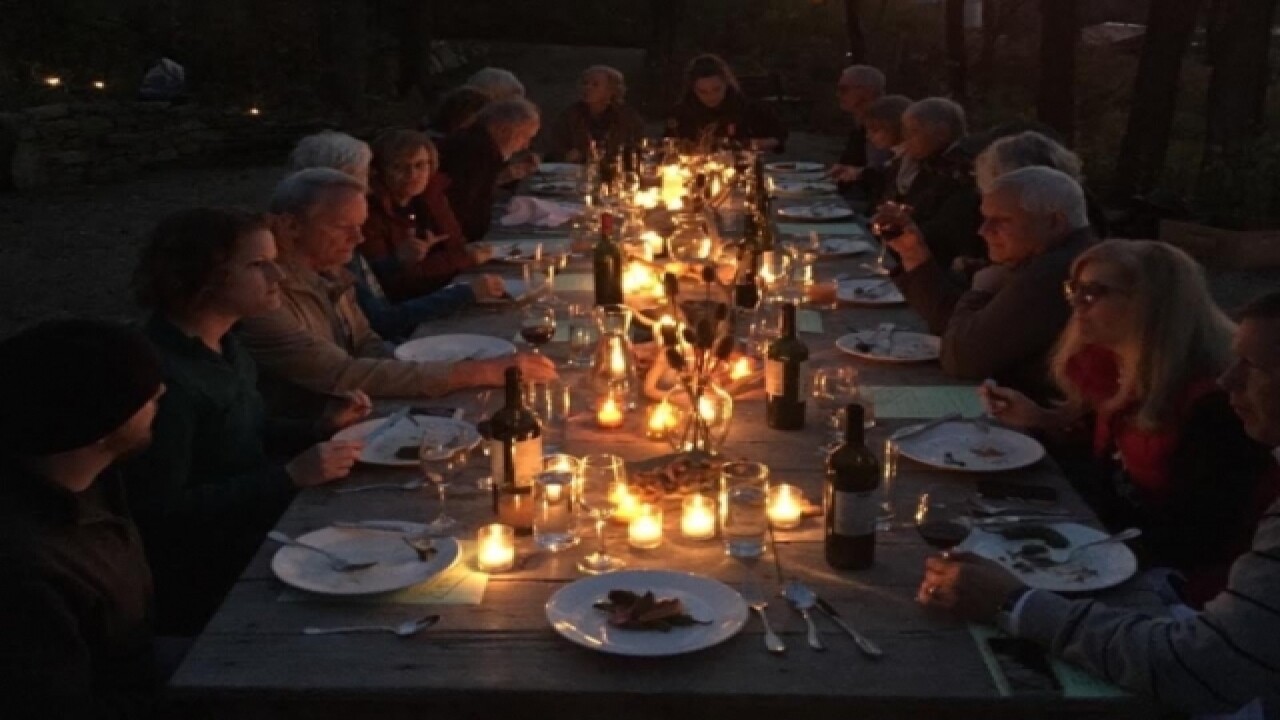 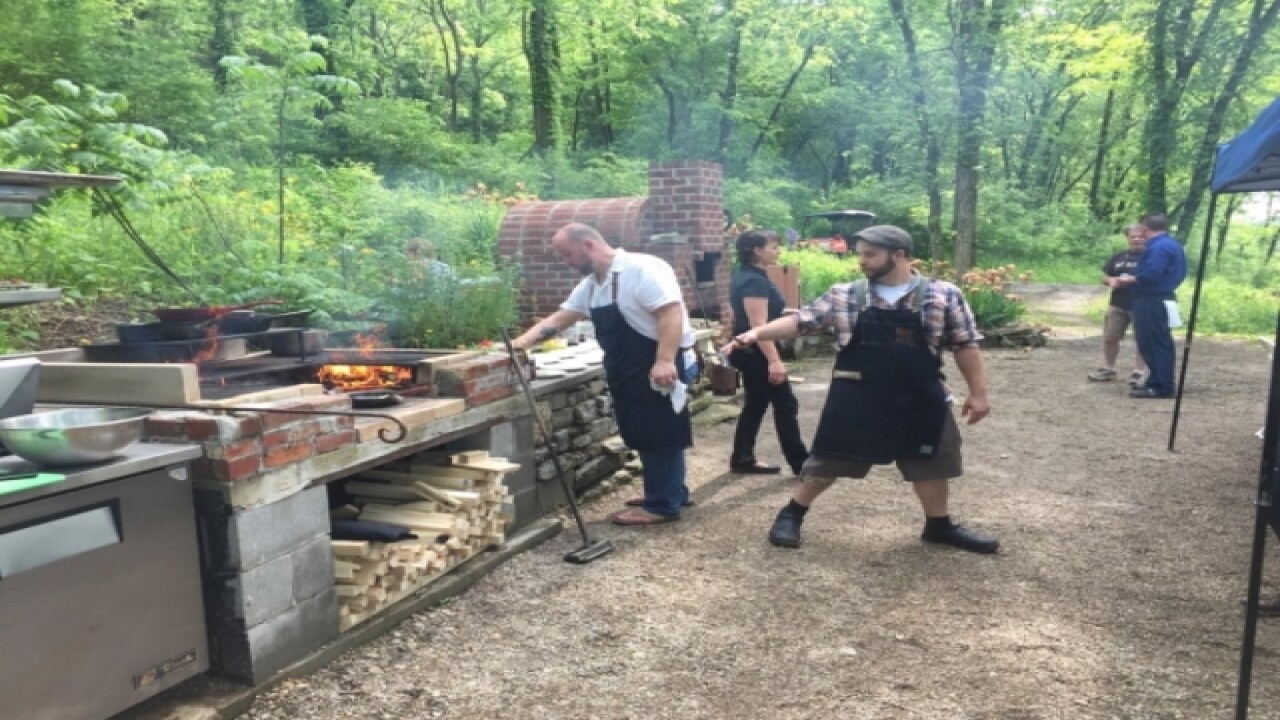 NORTH BEND, Ohio -- The first time Carriage House Farm hosted an on-farm dinner, it was November. The seating, according to Richard Stewart, was hay bales. The day started at about 60 degrees, but by the time people sat down at the table, the temperature had dropped “to about 33,” said Stewart, who is manager of the 161-year-old farm.

“We gave everybody the option to refund tickets, (but they) were, like, ‘No. This is a blast!’ Somebody brought out a bottle of bourbon, we had lights on in the barn … and it turned out to be a wonderful dinner.”

That was 2012, the start of Carriage House’s dinner series, which now run from May until, yes, chilly November.

“It was something I’d been wanted to do, because I’ve got farming friends in Vermont, and they had — it was probably 10 years ago — they had a big, long table and they had candles out and everybody just walked through the field,” said Stewart. “It was maybe 30 or 40 people … and I’m, like, ‘I want to do that on our farm.’”

On-farm dining — the ultimate expression in farm to table — has been gaining popularity for several years. Diners willing to drive out of the city can leave behind brick and mortar in exchange for a long table in a field of sunflowers, or a terrace view of horses and cattle. And with food mostly grown or raised on the premises, it’s as local as you can get.

Stewart, whose family has owned Carriage House since 1855, gave several reasons — beyond pecuniary — for going all-in, building an outdoor kitchen, bridging the gap from farm to table.

“We do the dinners because it’s a way of getting people out to the farm,” he said. “It gets them out of the city. It lets them eat a dinner where the food has traveled maybe 110 feet at the most.”

It’s also about the chefs and friendships, history, the environment — and fun.

Stewart said the outdoor kitchen at Carriage House “has been used by most of the chefs that we supply in Cincinnati,” Stewart said. “It gives the chefs a chance to leave the kitchen in the downtown area. … They have a little fun. They may end up doing something that they don’t normally do.”

Carriage House follows organic growing practices for some, but not all, of its produce.

Dinners serve up to 13 people, the maximum allowed by state law. Table décor may be deer skulls and wild flowers. Stewart said, “We try to provide our guests with a basic idea of what the (meats) are so if they want to pair a wine with that they can, because it’s BYOB.”

This season Carriage House is starting ambitiously with a foraged dinner based on wild and native plants harvested in the wooded areas of the 300-acre farm — and possibly influenced by Appalachian and Native American cuisines.

Wild/native in this case does not necessarily mean random. Many of the edible plants on the menu were originally planted four years ago by botanist Abby Artemisia, who on May 15 will lead diners on a pre-dinner tour of the woods where their morel mushrooms (if available), ramps (if available), spice bush berries, mountain mint, and wild greens, like chickweed and violets, will have come from.

Stewart said the meat may be venison, and foraged ingredients will be used in main courses as well as sides.

“A lot of it,” said Artemisia, “is going to be what’s growing wild on the farm whether we planted it or not. So there will definitely be wild greens. … It was a several years ago when I planted (native greens, etc.), and we were just trying to plant some native edibles. We were trying to create another income stream for the farm but also support native habitat and native wildlife.”

Artemisia said she will gather most of the ingredients a day or two ahead of the dinner. On the day of, she will lead diners on a tour into the woods “to see those plants in their native habitat: how they grow, what they look like, touch them, see them, taste them.”

She said she will discuss what is safe to eat and how to cook it as well as the ethics and sustainability of foraging, and some of the botany.

Mark Bodenstein, chef for the evening, shares with Artemisia and Stewart an interest in the cuisines of Appalachia and Native American tribes of this region.

Bodenstein, who is chef/proprietor of Covington’s Nuvo at Greenup, said, “Two of the biggest cuisines that I love looking at (are) Appalachian cuisine, because we’re in that belt … (and) Native American cuisine from the same belt. How can we take those cuisines and make them modern? Because those are very old-style cuisines, there’s not a lot of reported recordings and histories on them.”

To what degree May 15’s dinner will hew to Appalachian or Native American styles is undecided, because he hasn’t written the menu.

“Some of (the chefs),” Stewart said, “will plan a month and a half, two months in advance, and some of them, I have to kick and scream a week before, saying, ‘I gotta get just a basic menu out to the guests!’ and that’s fine.”

It will be even more so at the season-opener.

“How we’ve always done it, I can only speak for myself,” Bodenstein said. “Last year we did three dinners (at Carriage House). Basically, we’ve never had a plan for any dinner. We show up to the farm really early in the morning and whatever’s the best available is the best available. And then we start cooking.”

“All the chefs are different in what they do,” Stewart explained. “Some (chefs), they do a family-style seating, where they drop large platters down and everybody shares. Other people do individual courses that are plated.

“Chef Bodenstein works really well on the fly, so if Abby (Artemisia) happens to find something (unexpected) he may want to play around with, he’ll immediately make a course built around that.”

“We use it as a tool for ourselves to push our own selves, to cook on demand, so to speak ... It is very educational, to go out there and to look at crops and to decipher what we want to use, what we don’t want to use, and to come up with new dish ideas … to create a dinner for people that they’re going to be happy with.”