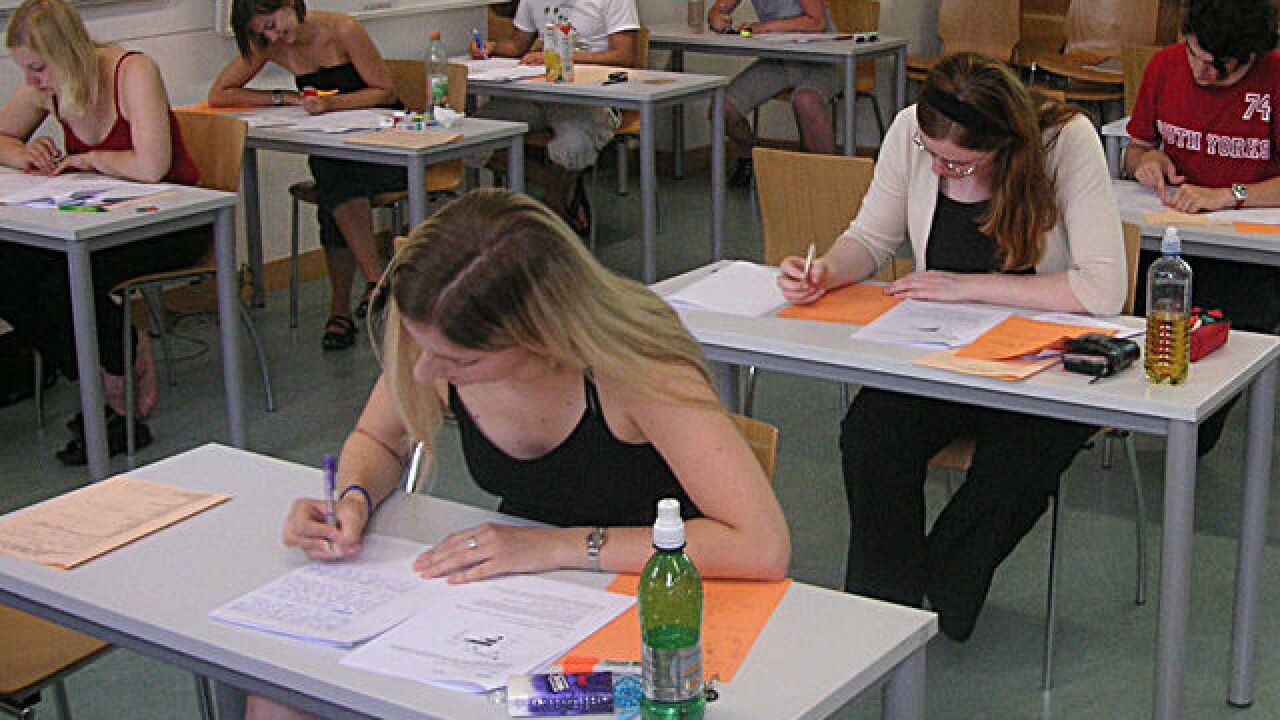 <p>Ohio used a new statewide student assessment from American Institutes for Research to evaluate student knowledge during the 2015-16 school year, and many districts experienced a fall in scores. Administrators are considering how to proceed. Public domain</p>

Ohio Department of Education officials last summer selected AIR (American Institutes for Research) assessments to replace state proficiency tests created by PARCC (Partnership for Assessment of Readiness for College and Careers) after only one year of implementation. With proficiency scores taking a nosedive across the state during the 2015-16 school year, concerns persist.

All grade levels saw a dip in scores – particularly in English language arts and math.

“We did not fare as well with the AIR assessment as we did with the prior assessment,” said Mike Holbrook, assistant superintendent of instruction for Hamilton City Schools.

Hamilton wasn’t the only district to experience a dip in scores. Sycamore Community Schools saw geometry scores drop from 100 percent to the high 70s, said Assistant Superintendent Karen Naber. The state average decreased similarly, from about 80 percent to 49 percent.

While all grade levels experienced a decrease in scores, the new assessments added a new twist to challenges related to Ohio’s Third Grade Reading Guarantee.

Under the reading guarantee, which began being implemented in the 2013-14 school year, any third-grader who doesn’t achieve a promotable reading score on a state-approved test must be retained.

While fourth- through eighth-graders took PARCC tests during the 2014-15 school year, the OAA (Ohio Achievement Assessment) was still the primary state testing tool for third-graders until the switch to AIR.

“There’s just some subtle differences with each one,” Dubbs said.

Different scales are used to separate proficiency from reading guarantee ratings, as well. Third-graders must meet a sub score of at least 42 to be promoted to fourth grade, while a scaled score between 700 and 724 is required to be considered proficient on the state report card.

“We have no kids being retained because of not being able to pass a reading component, but we do have kids that failed the language arts part of it overall,” Dubbs said.

Multiple school officials also have expressed concerns about administering tests to young students via computers. Although many third-graders are likely to have used some form of digital technology, their experience typing essays tends to be limited.

“I would say that developmentally, our students don’t really learn to type very proficiently by that age,” Naber said.

School districts until now had the option to administer paper tests, but 2016 was the last year the option was required to be made available.

For districts that began administering tests on computers during the 2015-16 school year, though, it’s a challenge to single out which factor, if either, had the greater influence on scores.

“This is the first year we’ve given the new AIR test to third-graders, so it’s difficult to identify – was technology something that was a factor, or the transition to the AIR test?” Holbrook said.

Despite the concerns and the dips in proficiency scores, the new assessment didn’t seem to have much of an impact on the number of students meeting Third Grade Reading Guarantee requirements. In most districts, all students took the AIR assessment in the fall and again in the spring. An optional summer administration of the test was available for students who weren’t promoted to fourth grade.

Many districts also administer additional tests, like MAP (Measures of Academic Progress) or TerraNova, which measure student performance and are state-approved alternatives for meeting the reading guarantee.

Still, with sights set on performance index and student growth measures, school officials are considering how to improve scores in the coming year.

“I think there’s some concern with the teachers that they need to devote more time to writing than they did in the past,” Naber said.

The increased focus on writing was common among school officials around Greater Cincinnati.

With testing transitioning to computer-based administration, some are looking to technology solutions as well.

“We are in the process of implementing a technology plan that exposes students to tech early on in their academic career,” Holbrook said.

With the first year of the AIR assessment behind them, officials for Franklin City Schools similarly are focused on technology, preparing for the transition to computer-based testing.

“I think kids are getting better at typing, but there is that concern out there with longer passages … but that’s something we have to get used to and have to deal with,” Cozad said.