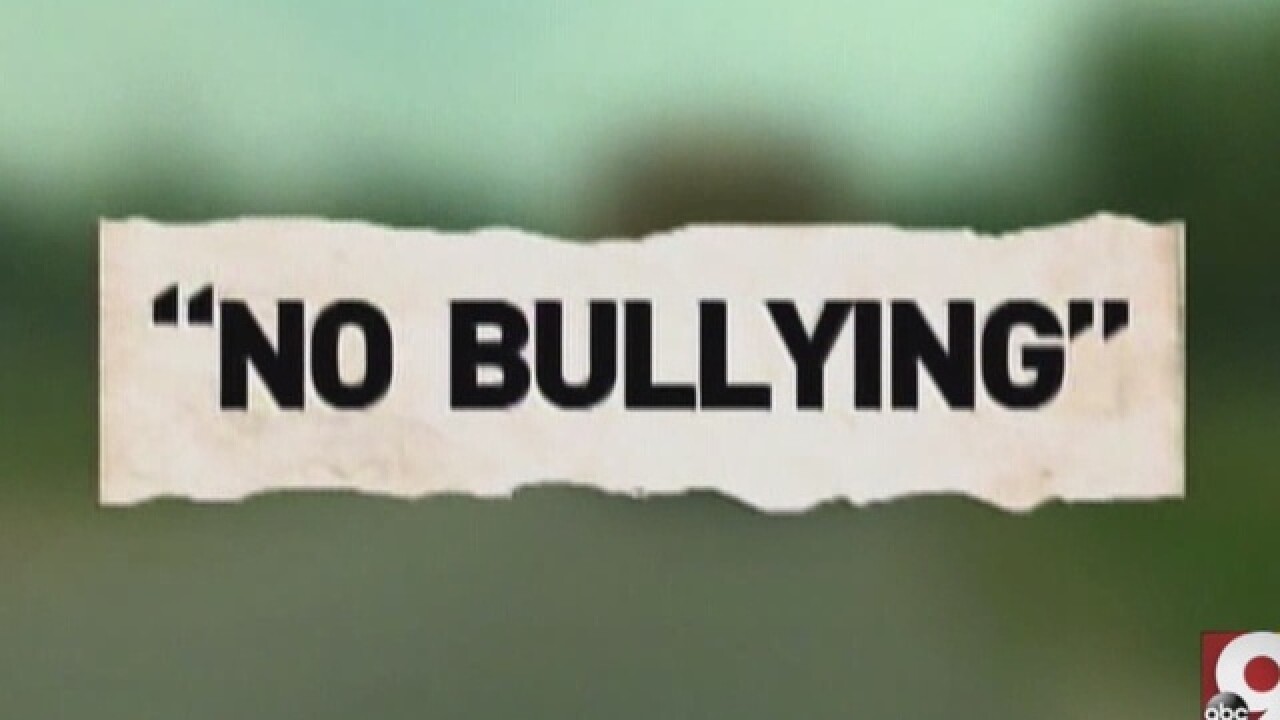 Bullying has become a topic of concern lately, especially in school settings. The issue hit particularly close to home for Tri-State residents when allegations arose that cyber bullying was a contributing factor in 13-year-old Emilie Olsen’s suicide in 2014.

While the incorporation of digital technology into every realm of people’s lives has made it easier to spread hurtful messages and harder for victims to find relief from bullies, such technology also makes it possible to share resources to help track and prevent bullying.

School bullying reports have been part of that effort since 2007, when the Ohio Board of Education adopted House Bill 276. Under the bill, Ohio school district administrators are required semi-annually to share with the school board president a written summary of all reported bullying, harassment or intimidation incidents. The report also must be posted to the district’s website.

“I think it gives insight into the climate and culture of a school district,” said Erika Daggett, communications coordinator for Forest Hills School District.

According to the bill, harassment, intimidation and bullying are defined as “any intentional written, verbal, graphic or physical act that a student or group of students”  exhibited toward another more than once, which causes mental or physical harm. The act or acts must also be “sufficiently severe, persistent or pervasive that it creates an intimidating, threatening or abusive educational environment.”

While school districts are required to post the reports, no additional guidance or stipulations are in place to determine where specifically the reports should be posted or what to include in the reports.

So, for parents or community members interested in finding out more about the frequency of bullying incidents in a district, results can vary.

While few districts have bullying reports directly linked from their main page — as is the case with Oak Hills Local Schools — some are easier to find than others.

Some districts, like Ross Local Schools, had bullying reports posted under their “about us” sections, while others could be found fairly easily under headings like district data or district information, as were the cases with Talawanda and Middletown City Schools.

The data is a bit more challenging to find on Hamilton City School District’s site. To get to the reports, users must hover their cursors over a dropdown menu labeled “departments,” then click the “student services” link under the “business & planning” heading. Bully reports are listed on the “student services” page under an “important downloads” heading toward the bottom of the page.

Bullying reports also can be difficult to find on Madison Local Schools’ website. To access the report, users must click a link for one of the district’s two buildings, then select the school’s “guidance” link. From there, the reports can be accessed through an “anti-bullying” and “reports” link on the right side of the page.

“I think it’s just a district and board of education decision in terms of where it’s located,” said A.J. Huff, coordinator of school-community relations for Madison Local Schools.

The district keeps up reports from previous years — something many districts don’t do, but which can be helpful for comparing the numbers from year to year.

While the most recent data currently available for Madison was from the 2014-15 school year, Huff said she expects to have the 2015-16 reports posted soon.

Despite the requirement that the reports are to be provided semi-annually, some districts, like New Miami Local School District, don’t seem to have updated them recently. The bullying report linked under the district’s superintendent’s message is from August through December 2012.

Mason City Schools includes includes both the number of claims investigated and the number of validated complaints that received consequences. By including both, rather than just the required verified incidents, district officials hope to show that they take every incident reported seriously, said Public Information Officer Tracey Carson.

Although the district takes the complaints seriously and shares bullying data to comply with the state mandate, efforts in Mason City Schools are focused on preventative education, she said.

“What’s more important is creating a culture that celebrates each child and having all kids be upstanders instead of bystanders,” she said.

Unlike Mason schools, Madison is among the school districts that only include incidents confirmed as bullying by definition in the district’s policy. The distinction between incidents reported and those verified is important because not all reported incidents meet the state’s definition of bullying, Huff said.

“When you look at the policy and look at the numbers, the numbers are relatively low compared to what some people assume or label as bullying,” she said.

To help distinguish between actual bullying and other similar behaviors, many districts include the state’s definition along with their bullying reports.