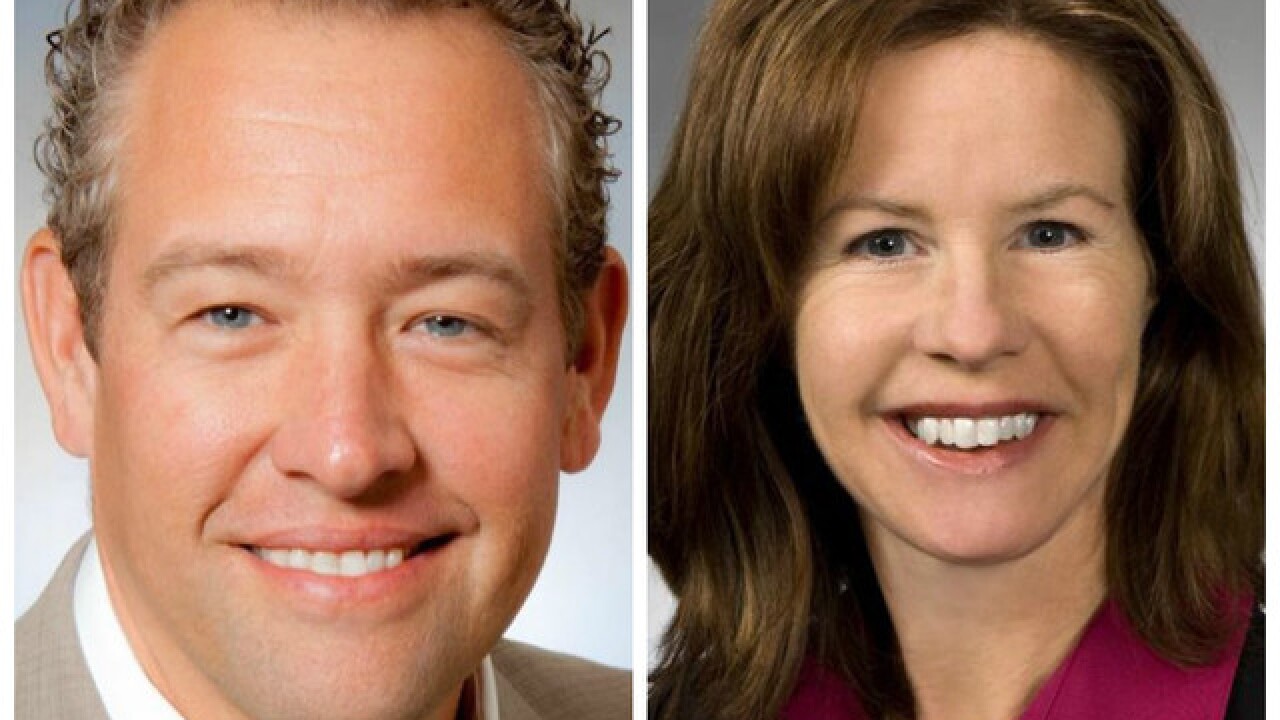 The two choices for the Hamilton County Commission seat sure look grim if you believe the ads running on TV.

One candidate will allegedly allow the county’s sewer rates to “skyrocket.” Voters should ‘say no’ to the other candidate because he’s been too supportive of GOP nominee Donald Trump.

Both candidates refute their opponent’s claims.

It took more than 10 months, but in the final week of the campaign things are finally turning negative in the race between Democrat Denise Driehaus and Republican Dennis Deters. Whoever wins the race will determine which party controls the three-member commission. The new commissioner will also earn $96,000 yearly on the job.

Deters started the attacks, if you ask the Driehaus campaign.

Two weeks ago he began airing the first attack ad – one that suggests she would raise sewer rates. Sewer rates, which have risen more than 128 percent during a 10-year period, are top of mind for many county voters heading to the polling booth on Election Day.

“They went negative with a lie that’s basically a complete fabrication,” Driehaus campaign manager Alex Linser said. “She’s out-raised him, she’s working hard on the ground – the only move they had left was to just make something up.”

Linser said Driehaus has been consistent on the campaign trial, in fliers, and on TV ads: She wants to lower sewer rates. At a WCPO debate between the candidates in August, for example, she criticized Deters for failing to pass a series of measures that would help poor residents pay for rising sewer costs.

But Republicans argue the basis for their attack is Driehaus has sided with the city, not the county, on moves that contributed to higher sewer rates for the county’s residents. Their proof: She supported a responsible bidder rule that required contractors bidding on sewer construction projects to pay for an apprenticeship program. The rule has since been overturned by the courts.

With Deters taking off the gloves, the Driehaus campaign began punching back in a tender spot in TV ads last week.

They’ve turned Deters support of Trump into a liability for his campaign.

Their ad resembles the commercials Democratic presidential nominee Hillary Clinton runs against Trump – reels of Trump’s insults against various people splash across the screen – but instead, it calls out Deters for his support of Trump.

Congressional candidates around the country, including Sen. Rob Portman, have been attacked for supporting Trump. But no other local candidate in Hamilton County is getting hit as hard as Deters is for backing the GOP nominee.

Some Republicans, like Portman and Ohio Gov. John Kasich, have recalled their plan to vote for Trump. Deters, however, has stayed mum on the issue.

The strategy is clear: The Driehaus campaign is hoping the attack will motivate suburban women voters, who have been particularly turned off by Trump’s campaign, to vote against Deters. Driehaus is bound to do well in the city of Cincinnati – where Democrats are always more popular – but she will need to pick up votes in Hamilton County’s suburbs, where Republicans tend to rule.

“Women voters are particularly disgusted with Trump but I’ve seen surveys that show men are equally disgusted by Trump’s statements with women," Linser said. "Everybody is kind of grossed out by it."

But Triantafilou said he believes that ad will be overlooked by most viewers.

"The ad looks like an attack on Trump -- which there's so many of," Triantafilou said. "It just gets lost in the shuffle."