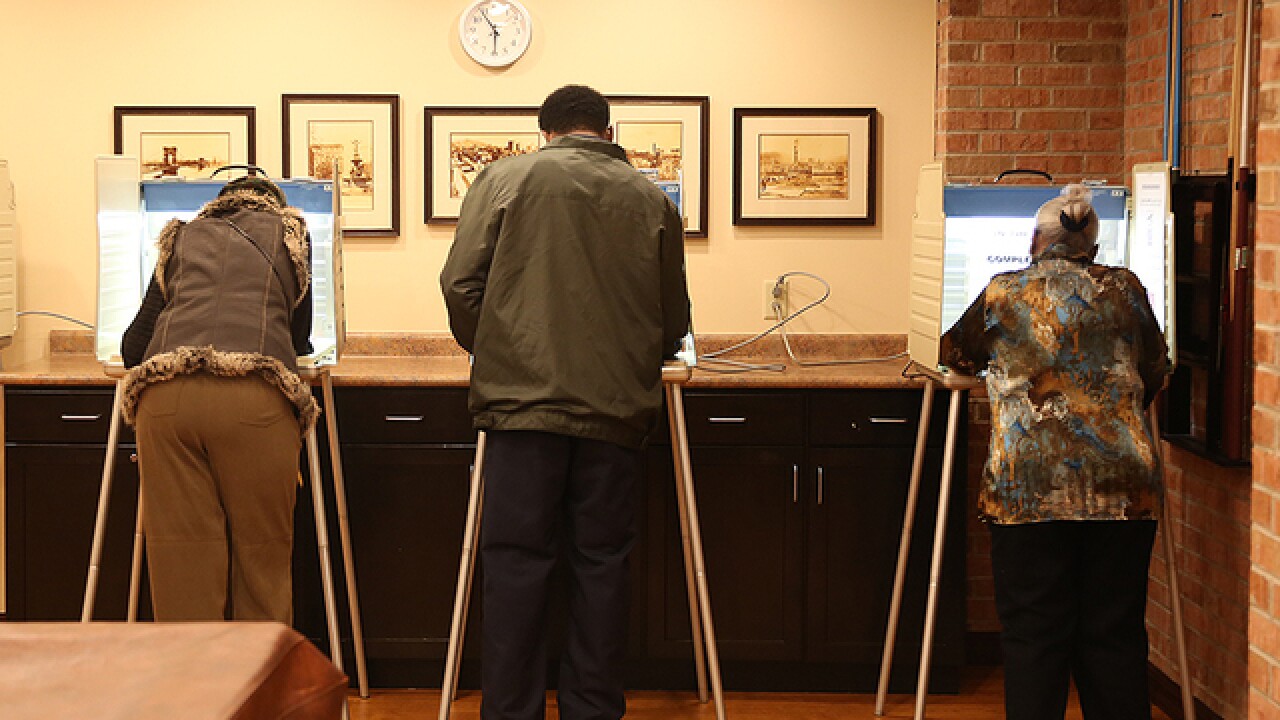 Copyright 2017 Scripps Media, Inc. All rights reserved. This material may not be published, broadcast, rewritten, or redistributed.
People vote at St. Paul Lutheran Village in Madisonville on Tuesday, November 7, 2017. Photo by Leigh Taylor

Wolf was the only party-endorsed candidate in Hamilton County to lose the primary to a challenger.

“We had a small core group and we worked very hard diligently," Dumas said Tuesday of her surprise win. "Night and day and we put out yard signs and we talked to people and we got on Facebook and gave our message.”

Dumas will now run against incumbent Chris Monzel, the only Republican on the board, for the seat in November.

Wolf won a barrel of local endorsements, including Hamilton County Commissioner Denise Driehaus and the county Democratic Party, for the job.

But that didn’t matter to voters who instead gave Dumas the Democratic nod for the commission seat. Dumas ran up the score in precincts across the county, from the urban core of Cincinnati to suburbs such as Indian Hill. Overall, she won 58 percent of the Democratic votes cast, according to unofficial results released Tuesday night.

Democrats are expecting a blue wave of voters to wash over Hamilton County in November.

But Monzel will be a tough competitor. He’s a seven-year veteran of the commission who’s raised more than $350,000 already in the race.

Republicans also plan to champion him as the lone conservative voice left on the three-member commission.

The GOP will attack the Democratic-led commission’s effort to increase taxes, including a possible sales tax increase to keep the county running. Monzel has traditionally opposed new tax levies or increases.

“Of course Monzel is very-well positioned to win – he has been all along,” Hamilton County GOP Chairman Alex Triantafilou said. “The Democrats are talking about a tax increase – that’s only going to help Chris Monzel.”

Dumas, who also served as the mayor of Forest Park more than a decade ago, ran for the commission seat back in 2006 but was defeated in the primary. She oversaw Lincoln Heights's operations when police and fire crews stopped patrolling because of a lapse in the village's insurance coverage.