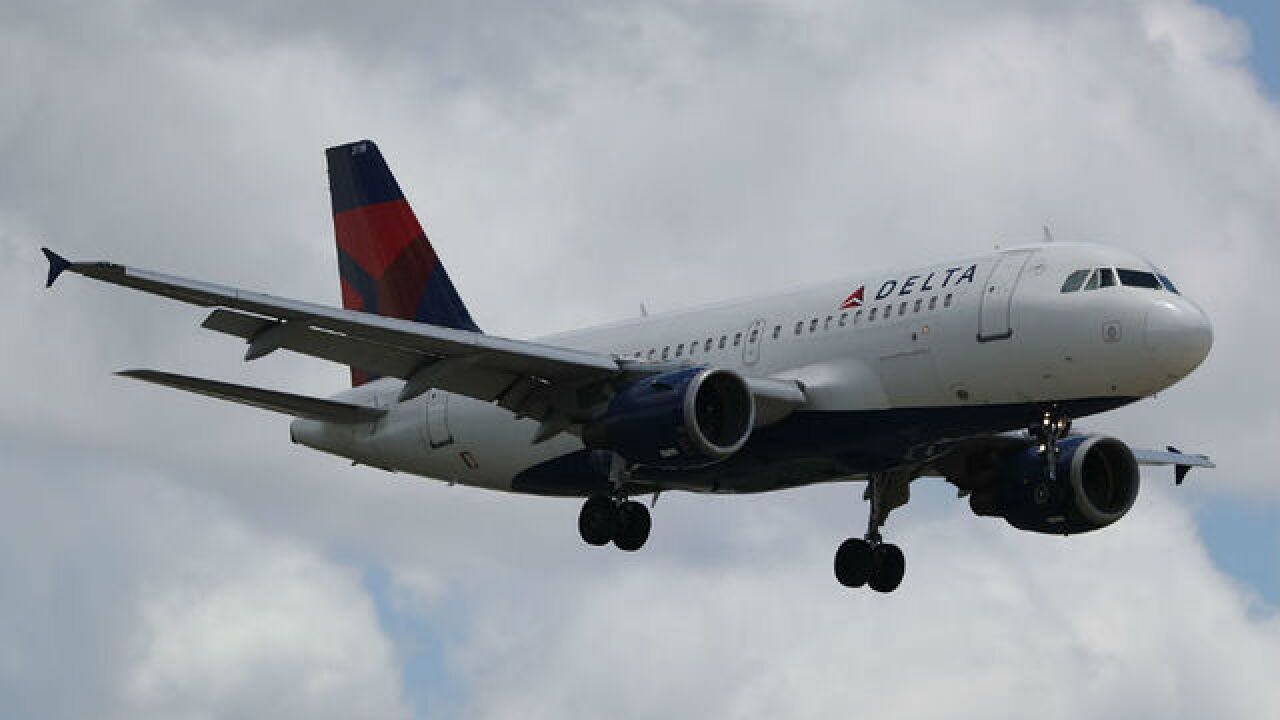 HEBRON, Ky. -- It's been 12 months since we last heard from Delta Airlines about its status at the Cincinnati-Northern Kentucky International Airport

Flights to Austin and Phoenix, respectively, will take off later this year

But should we read into it much more than that?

While Delta has increased capacity here by 12 percent over two years, during that same time frame, its number of peak-day departures and total destinations remains flat. And criticism remains.

In addition, Delta is upgrading capacity in 15 markets -- that's also part of its pledge in 2017 to add seats, improve schedules and upgrade aircraft; other carriers, too, are steering away from smaller, single-class regional jets:

But there's still cause for complaint.

In terms of its peak-day departures at CVG, Delta sits steady at 82. That's the same number as in February 2017. The airline no longer flies nonstop to Memphis, Tennessee, so its number of total destinations -- Phoenix will make 36 -- is roughly the same as last year, too.

The Seattle expansion was largely pegged to growth in that market. Delta, for example, said it's planning a 10-percent increase in peak-day seats at its Seattle hub for summer 2018.

And international travelers have been clamoring for years for more trans-Atlantic flights. Delta's only nonstop to Europe from CVG, a leg to Paris, marked its 20th anniversary in 2017.

Jay Ratliff, a local aviation expert, lists himself among those hardest on Delta over the years. CVG, once a major hub for the airline, weathered a decade of downsizing -- the most recent slash came in 2015, when Delta cut service to 14 cities overall.

But he admits he loves what he's seen lately. It shows the airline is listening and responding to the community's needs.

"Everybody wants to look at the glory days (when Delta offered more than 600 daily departures). We're past that now. Delta has grown recently; they're bringing in larger equipment to match demand, which is great to see," Ratliff said. "People ask all the time, 'Is Delta responding to competition (from Allegiant, Frontier, Southwest)?' Absolutely not. There's just more people are flying locally out of CVG than ever before.

"Delta's looking at that, but if people aren't filling up seats, they're going to take that plane somewhere else," he added.

CVG's Bobby Spann, vice president of external affairs, said Delta has logged 27 consecutive months of year-over-year local passenger growth. That's over two years' worth. He's kept a constant check on the numbers, and presents them each month to the Kenton County Airport Board.

"Delta takes a lot of hits for their decreases over the last several years… but they're really hitting a home run at CVG right now," Spann said this summer.

Delta's changes are about improving delivery at CVG -- not so much adding flights from a macro perspective, he added. Delta is more focused on the local traveler versus the hub of old.

"I think it's safe to say that Delta's stabilized at CVG, and they're going to be growing from here," Spann said.