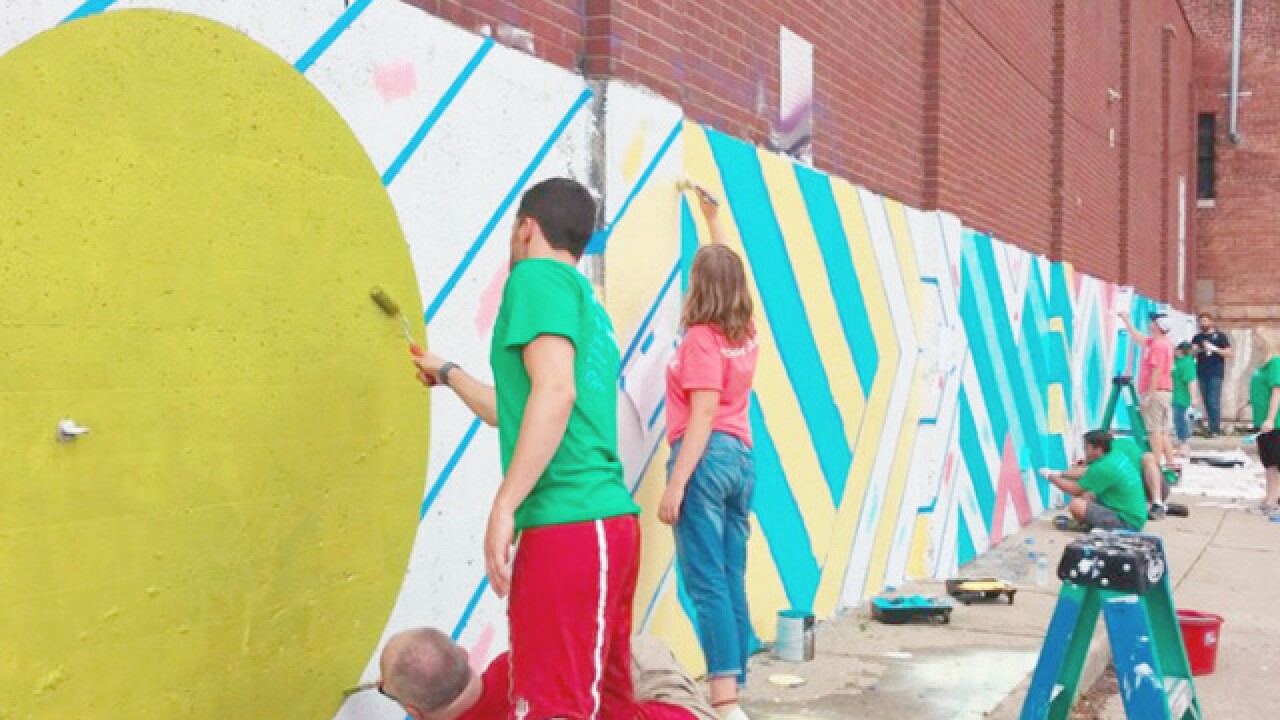 CINCINNATI -- A snapshot of home-value statistics may show that Walnut Hills is struggling with age, poverty and crime.

Kevin Wright knows what he’s seeing, though. The executive director of the Walnut Hills Redevelopment Foundation has worked for the last six years to elevate the neighborhood minutes northeast of Downtown and can rattle off project after development after initiative about why Walnut Hills is the place to be.

WCPO asked the Multiple Listing Services of Greater Cincinnati and Northern Kentucky for a breakdown of the 9 Tri-State areas where average home values have decreased the most from 2015 to 2016. Walnut Hills topped the list. Its 45 percent decrease was nearly three times the 16 percent drop in Cleves, No. 2 on the list.

A couple of caveats: The data is arrived at through a small sample size. Further, because we sought the average, the findings are prone to skew if a cluster of low- or high-priced properties enters the equation. That appears to be the case in Walnut Hills, where at least three properties were sold in 2015 for more than $800,000.

“It flies in the face of the reality on the ground,” Wright said of his community’s numbers. “If a home is being listed in Walnut Hills, it is flying off the shelf in a day, and it is going over asking price. We’re actually trying to put policies in place to protect long-term owners from being displaced by the high property values that have been created by the work that we’re doing.”

“What goes up comes down, especially when you’re not selling any more million-dollar condos,” said Mariemont Mayor Dan Policastro matter-of-factly. He cited the fact that a developer in his community had been turning old apartment buildings into condominiums for several years. He also said he expects that same developer to resume the practice soon.

“In Mariemont, like a lot of other pretty wealthy communities, we have houses that are probably needing to be updated that are hard to sell,” Policastro said, adding that “flipping” is happening on an ongoing basis. “I think there’s 10 of these babies going on right now in Mariemont. At this point, we have a valley, but it will peak here soon once all this work is done.”

Wright worked in broadcasting for several years in Cincinnati and elsewhere before getting his urban planning master’s degree from the University of Cincinnati. “The theory that we’ve been working on for the last five years or more is that we’re a neighborhood that is really well situated for growth. We’re five minutes from everything,” he said.

The linchpin for much of the foundation’s vision for revitalization is Peebles Corner, the national historic district at East McMillan Street and Gilbert Avenue. “The thinking there is that, the more walkable the commercial corridor is, the more people will want to live close to it, want to move in and invest in housing stock, which will then make the neighborhood safer and more livable for everyone. And we’re seeing that happen.”

Trevarren Flats near Peebles Corner is a success story - a three-building mixed-use complex on East McMillan Street with market-rate apartments and an assortment of retail to help get the ball rolling. Wright does acknowledge the climb.

“When you have a situation where there’s been a lot of disinvestment for many years, it’s expensive to save historic buildings and to bring back some of these buildings back to life,” he said. “That takes time and partnerships and money, and that’s a big challenge, but one so far that we’ve been able to tackle.”

UC sociology professor Jeffrey Timberlake believes that, because Cincinnati is a low- to moderate-growth city, a significant home-value decrease or increase may largely be just a symptom of the periodic push-and-pull in an urban area.

“Houses are a weird consumer good in that they’re stuck to the ground,” he said. “You can buy a car in one place and drive it somewhere else. With a house, it is where it is. So housing prices are affected a lot by what’s going on in the local area – either the people who live there or the amenities that are there, the businesses, is it close to the river.

“And to some degree residents and homebuyers are a little bit captive to what developers and other kinds of people in power think about developing an area. City councils can decide to incentivize developing in one neighborhood, and usually that means it won’t be developed in another neighborhood.”

He also believes that the city’s geographic footprint serves it well.

“When we hire people (at UC), we point out that you can live in the most urban condo or you can live on a farm, and you’ll be pretty close to work either way,” he said. “Cincinnati is a great city from that point of view. There’s a lot of choice and different kinds of housing options. But what that means is that the growth gets funneled into particular areas and not in others.”

The Top 9 Greater Cincinnati communities where average home-sale values decreased between 2015 and 2016.