CVG creeps back up in airfare rankings, becomes most expensive regional airport 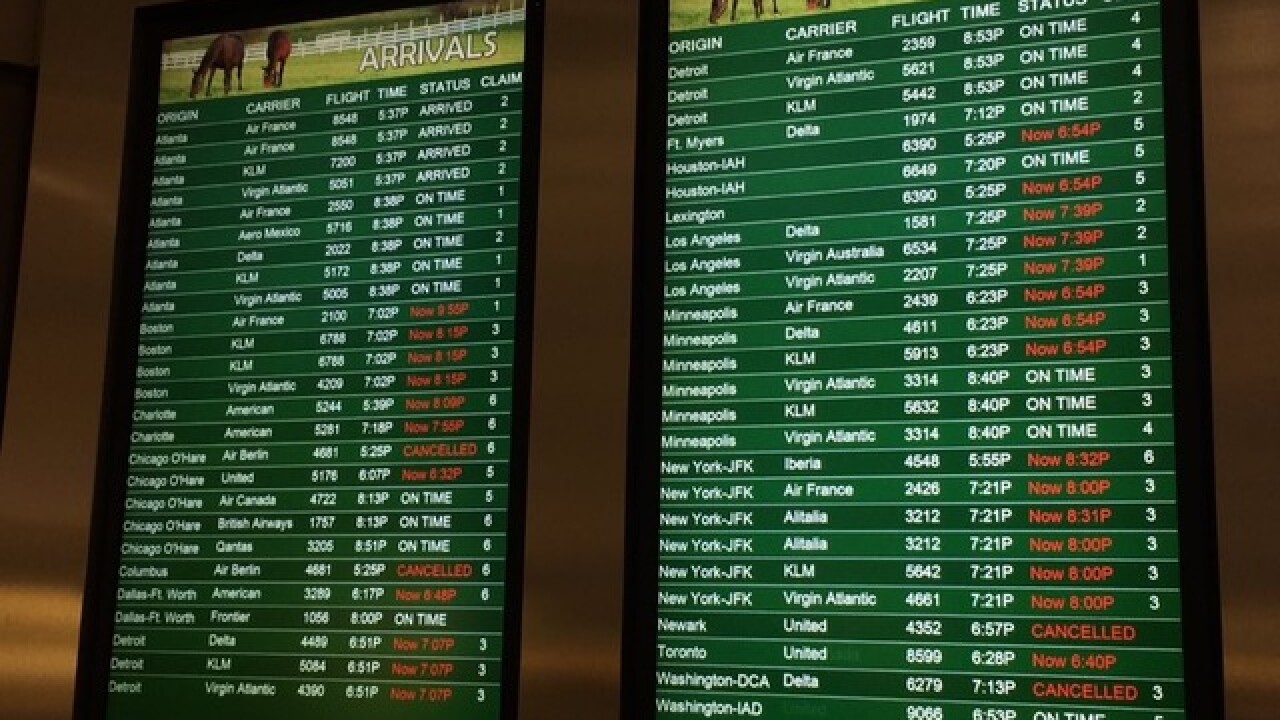 HEBRON, Ky. – Average airfares at the Cincinnati/Northern Kentucky International Airport topped $430 per round-trip ticket in the first quarter of 2016 – a year-over-year drop but one that still catapults CVG back above its regional peers in terms of comparative cost.

Per the most recent Department of Transportation report, an average ticket from Cincinnati cost $430.48, an 8-percent drop from quarter one 2015.

But that fare topped all five of CVG's closest competitors: Dayton, Louisville, Lexington, Columbus and Indianapolis. CVG had edged out both Dayton and Louisville in the two previous two quarters in late 2015.

While only dollars higher than Dayton, Louisville and Lexington, the price gap widened between it, Columbus and Indianapolis.

In the fourth quarter of 2015, for example, CVG was $33 and $47 higher, respectively. In the first quarter 2016, that difference was $41 and $73 per roundtrip ticket. In terms of year-over-year price drops, Dayton's average ticket price dropped 1 percent and Lexington 2 percent, while Louisville was flat.

CVG officials say the news was as expected. Airfares at CVG have fallen steadily – a large attribute to Allegiant and Frontier's success. Those carriers now represent 19.7 percent of CVG's overall capacity. But low-cost carrier schedules are seasonally adjusted in quarter one, said spokeswoman Mindy Kershner, resulting in a lower number of related passengers during that period.

CVG's fares are still 16 percent higher than national average, which was reported at $361, its lowest level since 2010, adjusted for inflation. But, Kershner said, CVG’s average airfare has declined 17 percent over the last two years in quarter one ($515 to $430).

CVG now ranks No. 16 in terms of average ticket price. That's down from No. 5 in 2015, but up from the No. 22 spot in the fourth quarter 2015. As recently as the third quarter 2014, the airport was considered the nation's most expensive.

"This was the weight around our ankles for a long time, making it tough to swim," Bobby Spann, CVG's vice president of external affairs, told CVG's board earlier this month. "We've made continuous improvement over the last several quarters…and we look forward to that continuing."