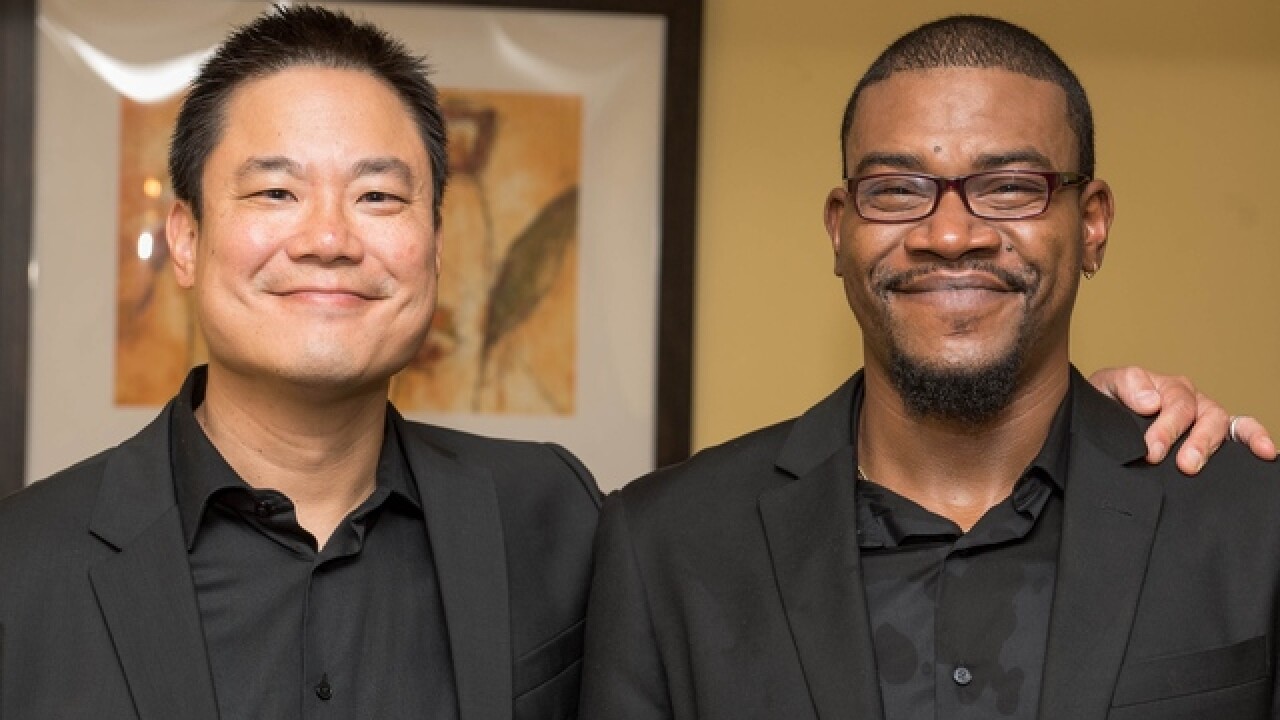 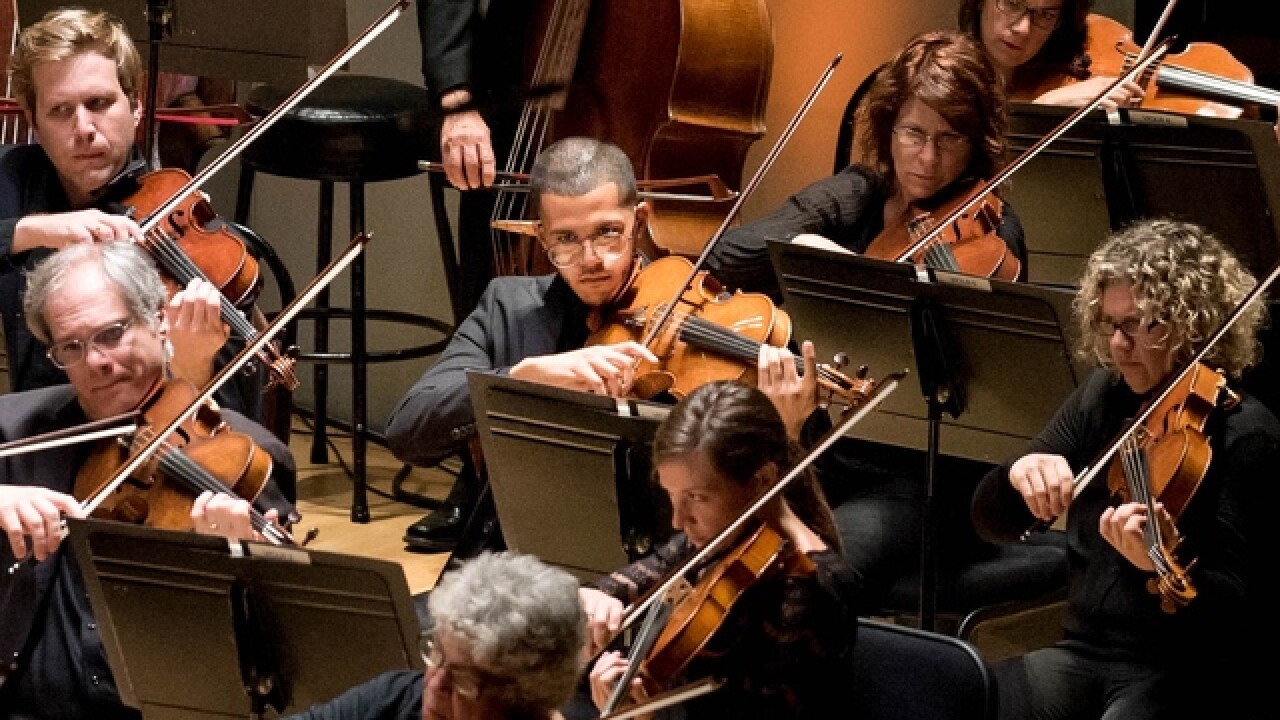 CINCINNATI -- Maurice Todd is no stranger to the stage.

He's a section bassist in the Lexington Philharmonic. He's performed his double bass with the Cincinnati Symphony Orchestra, the Dayton Philharmonic, the Grand Rapids Symphony, Richmond Symphony and Kentucky Symphony and has been a soloist with several orchestras, too.

Now Todd is counting on an innovative partnership between the University of Cincinnati College-Conservatory of Music and the CSO to help him reach his next major goal: landing a job with one of the great American orchestras.

Todd is one of five outstanding string musicians selected for the first class of a program called CSO/CCM Diversity Fellows. Funded with a $900,000 grant from The Andrew W. Mellon Foundation, the program targets talented musicians from minority groups that are underrepresented in American orchestras to prepare them for jobs in the industry.

"Just being linked to this great program, the great school, the great orchestra -- it's a great opportunity," said Todd, who is 38.

Those who crafted the fellowship view it as an opportunity for orchestras, too. Diversity Fellows spend two years in the program, pursuing graduate studies at CCM, rehearsing and playing as part of the CSO and learning from musicians in the orchestra who serve as their mentors. The hope is for all that experience to result in successful auditions and coveted jobs for Todd and the other the men and women who complete the program.

"The data show us that 4 percent of American orchestra musicians are African-American and Latino," said Ahmad Mayes, the CSO's director of education and community engagement. "The audience we hope to engage in the future has said very clearly that they want to see their community reflected on stage."

A second study released in 2016 by the League examined the results of 40 years worth of fellowships designed to make orchestras more diverse. It concluded with recommendations for making fellowships more successful, including several that CCM and the CSO already had built into the Diversity Fellows program here.

For example, the study recommended creating programs for at least two fellows at a time because prior programs had been isolating for individuals who participated in them one at a time.

The Diversity Fellows program has five people in its first class and could select as many as five more for its second class. Auditions for the second group will be happening soon.

Having a group of fellows who are going through the experience together has been a big part of the program's success so far, said Joanne Wojtowicz, section violist with the CSO and a mentor to Emilio Carlo, a viola player who is one of the Diversity Fellows.

"Diversity on stage makes us sound better. The greater the number, the greater the impact that diversity has," Wojtowicz said. "One token individual put up front to make us seem worldly doesn't work at all."

Todd, Carlo and their colleagues began the two-year fellowship this past September. They will have a year of overlap with the next group that gets selected.

Although they're only one-fourth of the way through their fellowships, Todd and Carlo said they already have benefited from the program.

Todd said his mentor, Owen Lee, has taught him how to better blend his sound with the rest of the orchestra and have more fun while performing.

Carlo, who is just 22 and the youngest of the fellows, said Wojtowicz, his mentor, has been "incredible" from the program's start.

"I honestly couldn't have asked for a better mentor or friend or, like, cool big sister figure," he said. "From the first rehearsal, I sat down just terrified. She's always there to set me on the right track."

Learning from musicians who have made it -- who earned those coveted jobs in an orchestra -- is an important part of preparing the program's fellows for the competitive auditioning landscape they will face after the program, Mayes said.

"The fellows have integrated so well with the orchestra," he said. "We've heard from our music director that they are really contributing members."

The program also has served as a reminder to the mentors of how hard they worked to get to where they are now.

"I guess I'm the reality check into what the business is really about and what it requires to get in and stay," she said. "It's a little bit of a walk down memory lane to the hardest point of my journey."

The privilege of trying out for a job with an orchestra is the culmination of thousands of hours of practice and study. Musicians pay their own travel and lodging to audition for far-away jobs. And sometimes they travel long distances only to be dismissed after playing for a minute or less.

"It's a pretty horrific process, and usually you only win about 5 percent of the time," Wojtowicz said. "It's a lot of loss, and a lot of picking yourself up and dusting yourself off."

Wojtowicz said she has told Carlo about her mistakes to try to help him avoid making them. But he'll have mistakes of his own to learn from, she said. It's just the nature of the industry.

"It's very competitive," Todd said. "You have to be a musical athlete."

Still, Carlo said he's confident that Diversity Fellows is giving him and the other participants a leg up in the competitive industry.

"The end game is to definitely win a job at the end of this," he said. "I think that would be the perfect culmination of everything we've been taught thus far."

And, with each person who gets one of those coveted jobs, the fellows will help CCM and the CSO achieve what Mayes describes as the program's goal: "To change the face of American orchestras."

More information about CSO/CCM Diversity Fellows is available online. The League of American Orchestras also has information online about the two studies the organization released in 2016.