Common: Cincy is 'where I wrote my first rap' 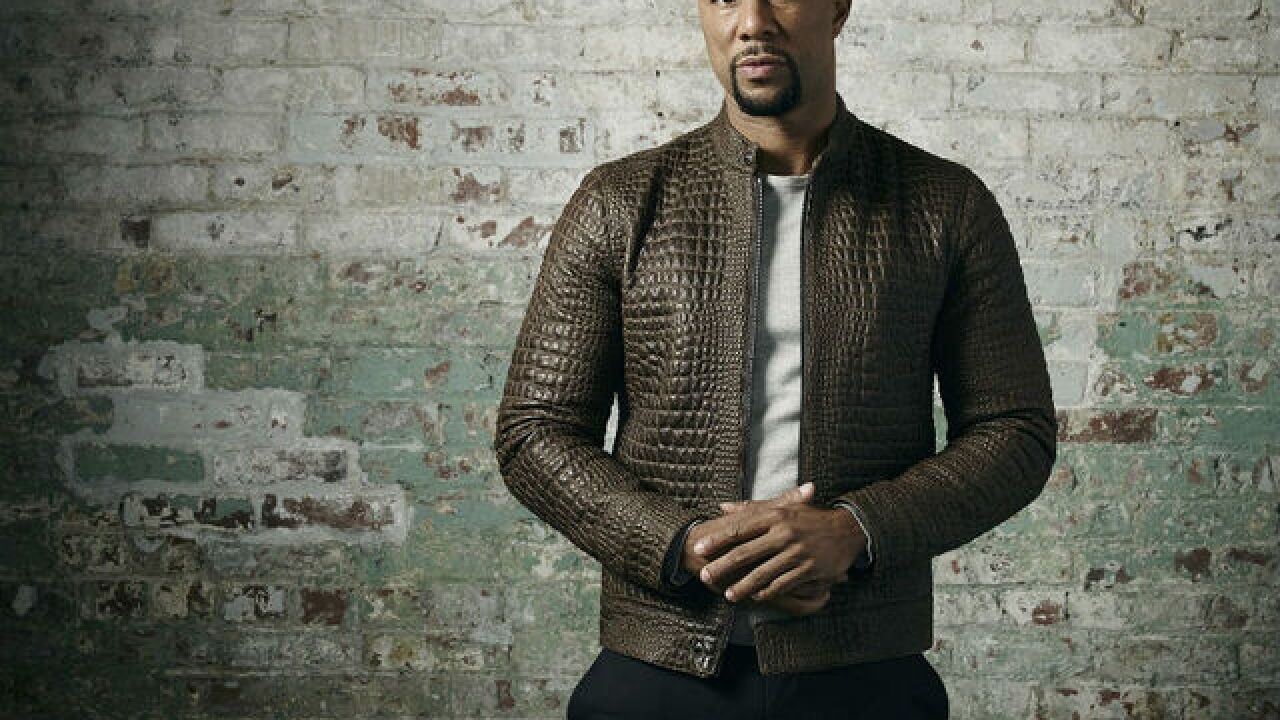 “I haven’t had the opportunity to perform with a full orchestra like this before,” said Common, the composer – along with singer John Legend – of the Oscar-winning song “Glory” from director Ava DuVernay’s movie “Selma.” “But it’s really fitting that I do it in Cincinnati, because that’s where I wrote my first rap.”

Common, the noted hip-hop artist/actor who also has a trio of Grammy Awards to his name, will perform with the Cincinnati Symphony Orchestra on Friday as part of its 2016 Classical Roots concert.

When he was a kid growing up on the South Side of Chicago, he used to come to Cincinnati nearly every summer to stay with his Aunt Mattie and his cousins.

“There were these guys, these rappers we looked up to called the Bond Hill Crew,” said Common, speaking by phone from Southern California. “So one day, me and my cousin Ajile decided to rap. I’ve been doing it ever since.”

He was 12 years old when he and his cousin wrote:

Well, let me tell you 'bout a trip a time ago
I was going there to run a cold-blooded show
When I was there I saw some people jamming, too
They called themselves the Bond Hill Crew
Dr. Ice, Romeo and Master E
All of the Bond Hill crew rappin’ to a T
I asked them could they rock with me

He’s 44 now. And in the years that have passed, he has branched out into all sorts of other creative endeavors. He’s a film producer, an actor and a philanthropist – his Common Ground Foundation supports a variety of programs aimed at helping underserved young people in his native Chicago.

Clearly, his ambitions have always been high. When he was 25, Playbill quoted him about wanting to create music that would still make him proud in 30 years.

“It hasn’t been 30 years yet,” he said, laughing, before growing more serious. “I do have music and songs and albums that I feel represent me and this moment in time. They’re songs that people can play now and they still resonate. But I want to find a way to be as profound as Spike Lee or Shakespeare or Michelangelo. Why not shoot for that level? I read James Baldwin and Dr. King. They were people who changed things. I hope I can do some of that, too.”

That’s one of the reasons he is willing to walk into something like this performance with the CSO, something that represents new artistic territory for him.

Pops conductor John Morris Russell and the CSO launched the Classical Roots programs in the wake of the civil disturbances that rocked Cincinnati in 2001.

“We knew we had to do our part to bring our community together again,” Russell said. “So with very little budget, I was charged with putting together a program that celebrated the African-American musical tradition.”

That’s an extraordinarily broad mission. After all, “African-American music” encompasses a vast number of musical genres and influences. But Russell tackled the assignment as best he could.

No one knew exactly what to expect from the concerts. For the first few years, performances involved taking a chamber-sized group of CSO members into large churches with mostly African-American congregations throughout Greater Cincinnati.

“I remember one concert where the central portion of the concert was a performance of Dvoák's ‘New World Symphony,’” said Russell. “I programmed it because Dvoák had been so inspired by African-American spirituals and his determination to reflect that in this piece of music.”

After the first movement, there was a standing ovation. The same thing happened after the second, third and fourth movements.

“People were viscerally showing so much love and appreciation for what we were doing,” said Russell. “That ranks in the top handful of performances ever in my career.”

But in recent years, Classical Roots has morphed into something completely different. Performances moved to Music Hall, and they now involve the full orchestra, not just a portion of the players. Most notably, though, the series now turns to high-profile performers to anchor the programs.

In 2013, Branford Marsalis served as the headliner. The following year, it was Grammy Award-winning gospel artist Marvin Winans with alto Carolyn O'Bryant. Last year’s featured performers were the members of acclaimed a capella group Take 6.

With the move from churches to the cavernous Music Hall, the performances have lost a bit of the enviable intimacy they once had, said Russell.

“Maybe some day we can do some performances in churches again,” he said. “But these performances at Music Hall are always completely sold out. So that makes up for some of what we have lost.

“I never really knew of him until I saw the movie ‘Selma,’” admitted Russell. “But now …,” he paused briefly. “Let’s put it this way. Would I have ever dreamed I would be performing with Common? Absolutely not. And that is what is so wonderful about Classical Roots. We’re sharing music that we don’t usually have a chance to share. Every year, it takes me and the orchestra outside of our comfort zone. How great is that? We get to grow and learn and experience music we might not have experienced first-hand before.”

For his part, Common is thrilled about the prospect of working with Russell. And the fact that Russell wasn’t familiar with his work is even better, he said.

“That’s one of my favorite things about the position I’m in now,” he said. “I love it when new ears and new people have a chance to hear my songs. Who knows where this will take me?”