CrownMob, a one-stop shop for ethnic hair products and services, gets a nice boost from UpTech 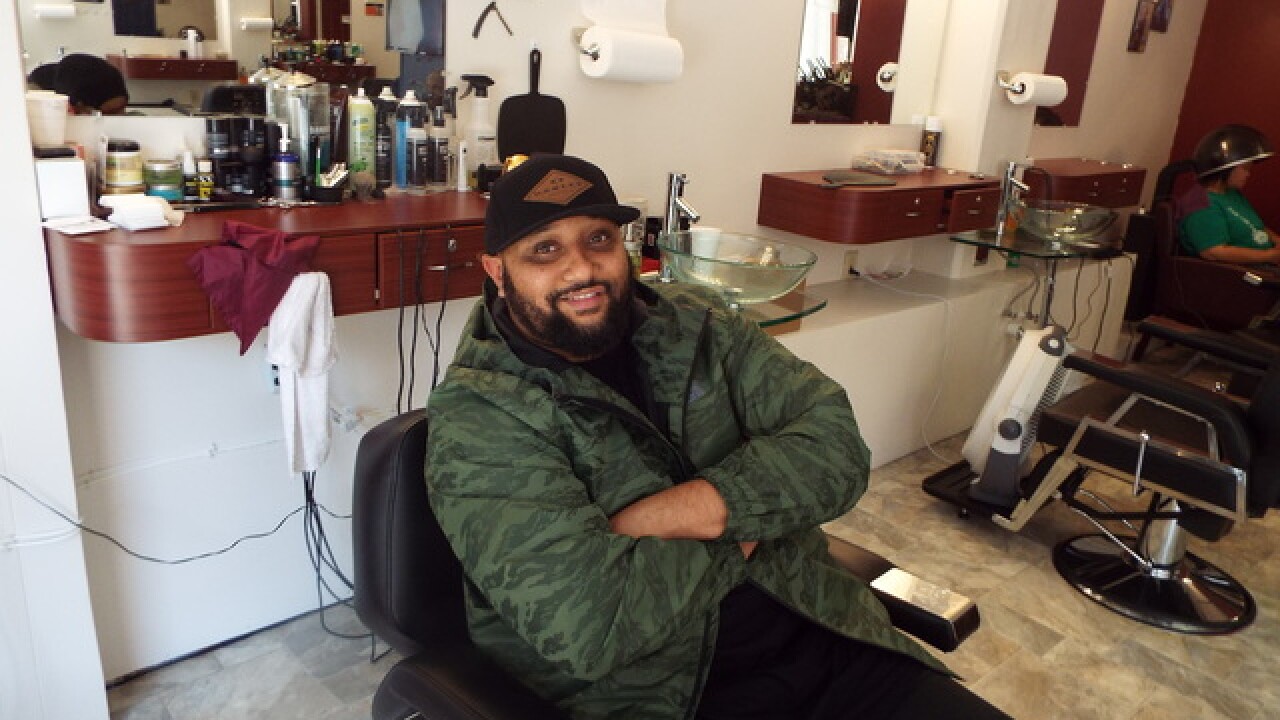 Copyright 2017 Scripps Media, Inc. All rights reserved. This material may not be published, broadcast, rewritten, or redistributed.
Kevin Eigelbach | WCPO contributor
<p>Ricardo "Rico" Grant, creator of CrownMob, sits in one of the chairs at Korporate Kutz in downtown Cincinnati, a shop owned by his longtime friend Charles Steele Jr.</p>

He really liked Grant's drive, said Woodruff, who is the program director for the Covington-based business accelerator. But he had serious questions about the business model, he said, and CrownMob didn't have anyone on the team who could actually build the product.

"Honestly, I initially discounted this team because most early-stage startups really struggle to find a tech developer," Woodruff said in an email. "And it's one of our requisite criteria for investment."

But in the weeks following that initial interview, Grant kept Woodruff updated on his progress and on updates to his business model. And then, at a tech meetup, he found a web developer, Jordan Crone, who could serve as the company's chief technical officer.

"I knew that if he could achieve that much in a short amount of time that we’d be stupid to not invite him into this year’s cohort," he said.

CrownMob is the first company the 31-year-old has owned. The Avondale native previously worked in sales and marketing.

He said he became interested in the hair product and services market in March, after his wife, Darielle, spent about $600 on hair weaves for her own use. When she told him she couldn't find them cheaper anywhere else, he learned that there isn't one database were one can compare prices and styles for such things.

He also learned that Americans spend about $9 billion annually for hair weaves and extensions alone. So, he decided to build a platform for one-stop shopping in that market.

The first version of CrownMob is now in beta testing, which Grant hopes to complete by the end of September. In addition to helping customers find and buy ethnic hair products, it also links them with hair stylists near them and lets them book appointments.

The company will make money from a per-transaction fee of $1 to book an appointment with a stylist or barber, plus a fee on hair care products purchased via its website, Grant said.

The 10 local salons participating in the beta testing include Korporate Kutz, 120 E. Seventh St. Owner Charles Steele Jr. likes the platform because it gives him financial information about his business that he doesn't get through the app he uses now.

The client "went on Yelp and gave me a bad review because of that," Steele said.

He hopes that UpTech can help him make his company strong and investor-friendly so that he can scale it up. The accelerator's $50,000 investment is the first for CrownMob, except for a few thousand dollars Grant has spent of his own money.

"Solutions that fill market niches are a great place to play for startups," and CrownMob is a great example, Woodruff said. To succeed, the team will need to grow as business operators, clarify customer needs and create value "with an elegant technology solution," he said.

Grant's been pleased with the company's success so far, he said, especially with getting into a top-30 business accelerator like UpTech. But like many business owners, he's learned that owning a small business is like a roller coaster ride.

One success can put you on Cloud Nine, he said, and then "six hours later you get an email that drops you down below where you were, even before you went up on Cloud Nine … You have to get used to that pretty quick."