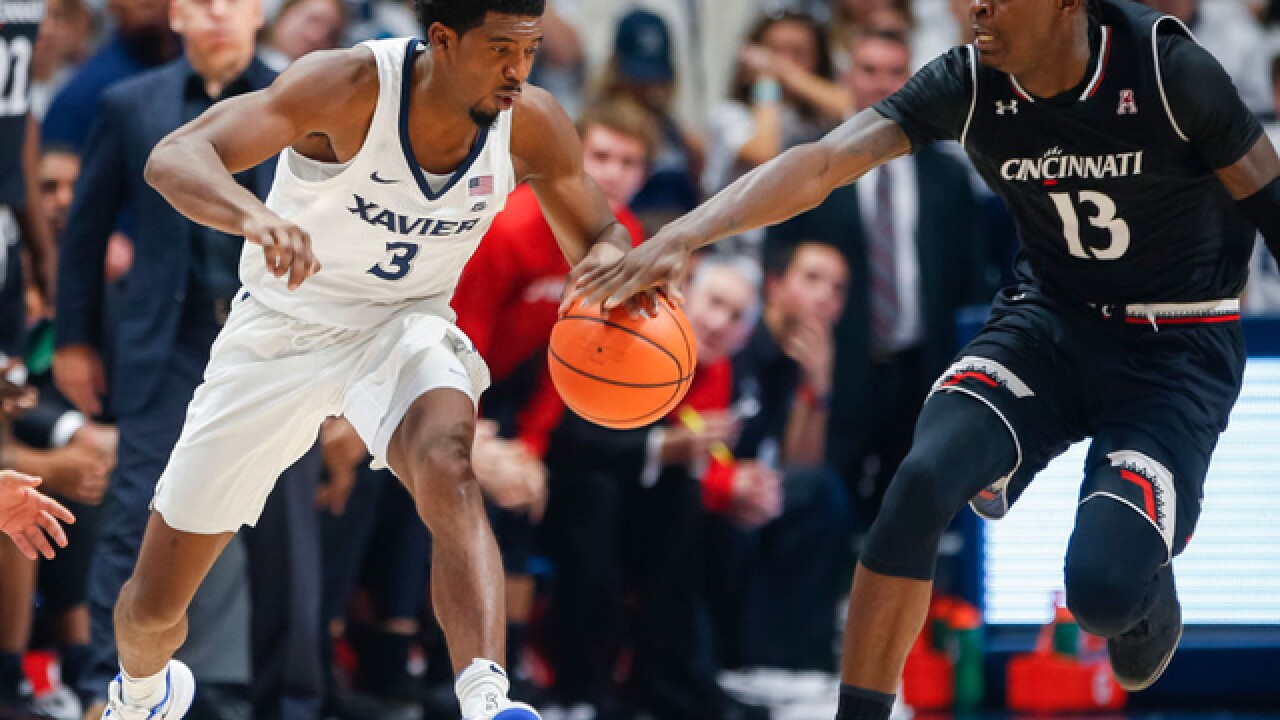 CINCINNATI — University of Cincinnati Head Coach Mick Cronin was asked early in the week what his team had to do to beat Xavier in the Crosstown Shootout.

Turns out offense wasn’t the problem in the Bearcats’ 89-76 loss to the Musketeers at Cintas Center Saturday.

The offense wasn’t great early. UC didn’t have a field goal until nearly five minutes in, and four of the starters combined for eight points in the first half.

“Offense wasn’t our problem,” he said. “You come into Xavier and shoot over 40 percent, eight turnovers, you should have a chance to win. Defense was our problem.”

UC allowed Xavier to shoot 63.6 percent from behind the arc in the first half.

Rebounding was an issue as well. The Bearcats were outrebounded 44-27.

“You’re not going to win regardless of who you play when you do that,” Cronin said. “I failed miserable with our big guys. As you can see, I was searching for a five man. I thought we got physically dominated in those spots.”

Jacob Evans III said the rough start had more to do with the Bearcats than anything Xavier did.

“We took ourselves out of the game,” Evans said. “They hit some shots early. I feel like we were trying to respond with quick bucket or hero ball early. That led to trouble for us. That just fed them.

“When a team is making shots on a run like, you’ve got to try to score out of our offense and rely on our defense.”

“Great teams don’t get their fuel from their offense,” Cronin said. “We got a couple great looks. We didn’t knock them down. They did, and it rattled us. You can’t let your offense drive you. Made shots come and go like your high school girlfriend.

“Defense has got to be your constant. It wasn’t for us until it was too late.”

The game was tough to call. The Bearcats ranked No. 11 and 7-0, but they hadn’t played anyone close to the Muskies’ class. The Bearcats had a lot of players playing in the Shootout for the first time.

UC has Florida, Mississippi State and UCLA coming up. The defense and rebounding has to be better for those games.