Craving a gyro? Flavors of Lebanon await in Florence -- or they can come to you 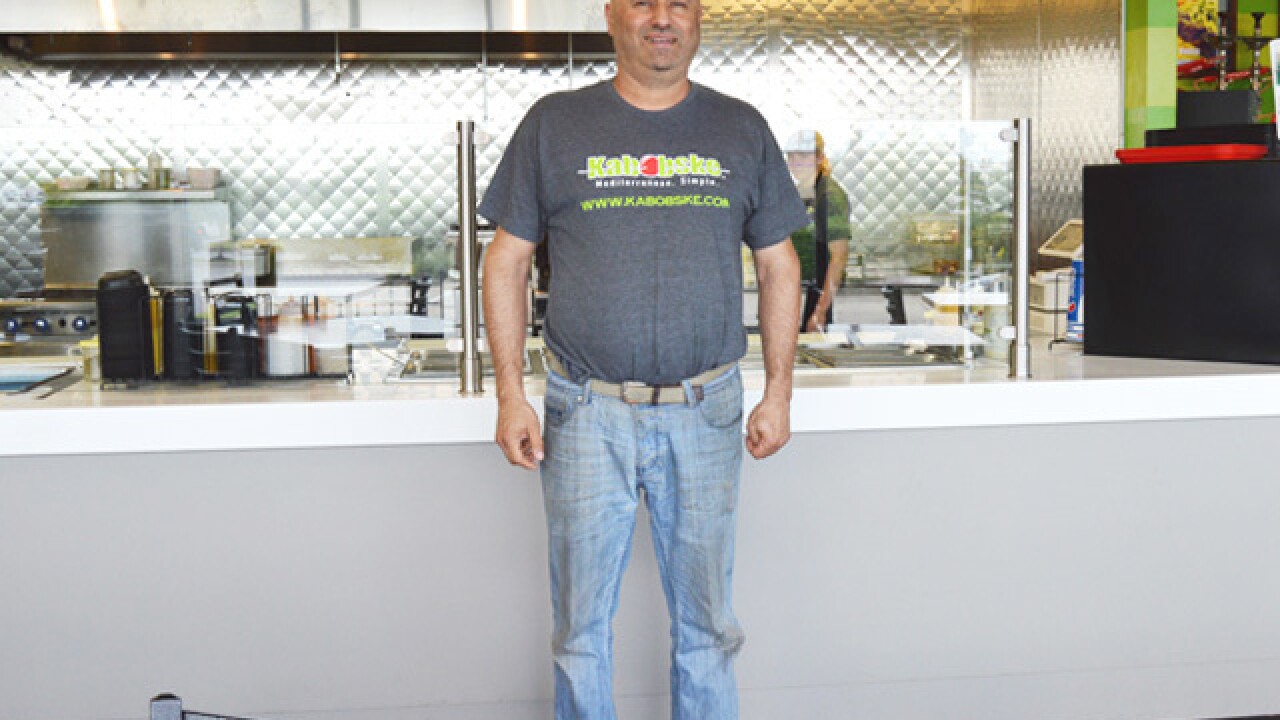 Copyright 2017 Scripps Media, Inc. All rights reserved. This material may not be published, broadcast, rewritten, or redistributed.
Megan Fenno | WCPO contributor
<p>Andy Hajjar was already a well-known Tri-State restaurateur thanks to Andy's Mediterranean Grill before he opened Kabobske in Florence.</p>

FLORENCE, Ky. -- If you're looking for a delicious Mediterranean dining experience, you're in luck. Kabobske has you covered.

Customers' taste buds are sure to be delighted by Kabobske's array of healthful, Lebanese-inspired dishes, which range from fresh gyros to salads and wraps.

Every morning before the restaurant opens, Kabobske employees spend hours cutting fresh vegetables, carving lamb for gyros and preparing the one-of-a-kind special sauces and homemade dips that complement each dish the restaurant serves.

Owner Andy Hajjar says his establishment is one of a kind. "We make everything in-house. The sauces, the Lebanese pickles, everything," he said.

Even better, everything is affordable. Entrees start at just $6.95, and kids meals are just $3. Instead of having specific meals written out for the kids menu, Hajjar said he would rather allow children to pick what they would like to eat.

"Whether it be a chicken kabob and rice or just vegetables, it's completely up to them, and the price will always be $3."

Hajjar said he's always had the idea for a restaurant like Kabobske, but it was only after he found a good deal for his Florence location that his dream became a reality.

"I had this nice concept that I wanted to bring to the restaurant scene here in the Tri-State," he said. "It's something different, and it's a really good deal. You're not going to find anyone with portion sizes as large as ours. We're very generous. And it's easy to order. You come up, tell us what you want, and we make it right in front of you."

This isn't Hajjar's first time in the restaurant business. He's the owner of the landmark Andy's Mediterranean Grill in Walnut Hills near Eden Park.

"Since I already have one restaurant here in the Tri-State, instead of doing something similar, I wanted to try out this new concept I've designed and just hope it will be successful enough for me to someday expand," Hajjar said. "It really is like the American dream."

The twist that makes Hajjar's business unique is parked outside the restaurant: He also offers his Lebanese cuisine through a food truck, which shares the Kabobske name. Patrons can expect the same gyros, salads and wraps they'd purchase at the Florence restaurant. "The idea behind the food truck is that I can come to you," he said.

Hajjar, a member of the Cincinnati Food Truck Association, takes the Kabobske truck to both public and private events. Most visibly, it's among the rotating roster of trucks that park on Fountain Square during lunch every Tuesday. He also offers catering and goes to special events.

"With the truck, I'm able to cater parties of 50 people to 1,000 people," he said. "I've brought the truck to everything from private parties to corporate functions."

For simplicity's sake, Hajjar said he charges by the person for food-truck catering.

"We really have been busy," he said. "We have a party coming up with 800 people attending, went to a corporate event earlier this week and will be one of the food vendors for Bunbury."

Kabobske has been open since January 2016, and Hajjar continues to add to the business. He is adding an outdoor patio, which he expects to be completed by mid-June. He also applied recently for a beer license and hopes to be able to start serving local draft beer within a few months.