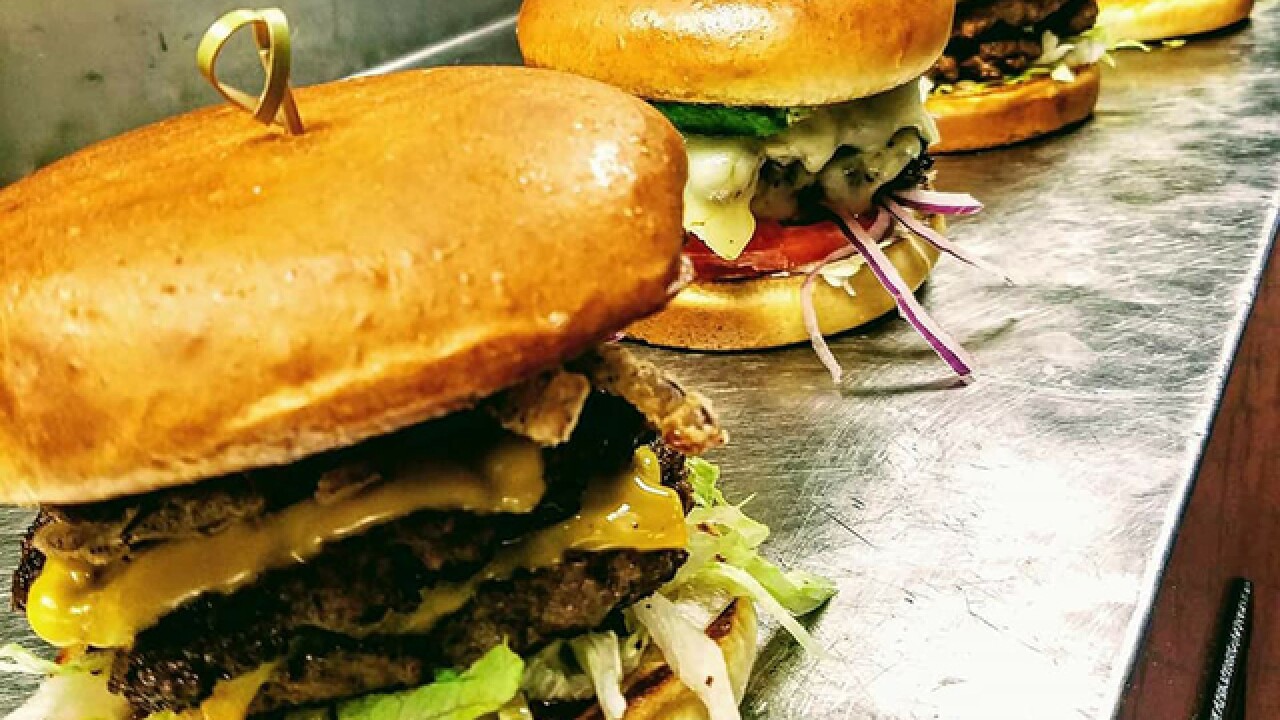 COVINGTON, Ky. -- After nearly nine years at the helm of the Hebron Brew Haus , Dean and Amy Arvin are giving Covington a go, and their second restaurant/bar concept, the City Goat, is already a neighborhood hangout.

The husband-and-wife team say they hope to catch fire in an area hot with plenty of new restaurants and residential builds. The Goat, as the locals call it, debuted at 404 W. Pike St. in April.

"It was a great opportunity. And, honestly, we'd been looking around for awhile," Amy Arvin said. "We've done well in Hebron and wanted to try something new. Everything around here is starting to renovate, and we really wanted be a part of it. The timing was right."

Their philosophy is to "stray from the herd," Dean Arvin said, something he and Amy hope to accomplish through their food and location.

The Goat is sandwiched between Covington's Mainstrasse Village and its historic downtown. Despite the building's past life as the Turnpike Tavern, it's more restaurant than bar, he said, with a new American-style menu. There are several carryovers from the Brew Haus alongside plenty of new items.

Popular features include the G.O.A.T. hoagie, or a steak hoagie with pizza or mushroom sauce, onions, pickles and mozzarella on a toasted garlic roll; Almost World Famous wings, boneless or traditional, either mild, spicy or extra spicy; and appetizers like bacon-wrapped jalapeño sticks, fried deviled eggs and fresh pork rinds. Other popular choices include burgers -- there are seven options, including one made with goetta -- as well as pizza and calzones. The Arvins make their own dough and sauce.

Dean said he plans to add dessert in the form of funnel cakes, which will come doused with powdered sugar, cinnamon roll icing or a raspberry glaze.

And to wash it all down, there are 10 beers on tap -- all craft -- and a healthy selection of canned brews to complement a full bar.

"We like to support our local brewers," Amy Arvin said.

The naming of the Goat was inspired more by the likes of quarterback Tom Brady -- oft referred to as the National Football League's greatest of all time, or G.O.A.T. -- than the actual Running of the Goats, Dean Arvin said. But it's a happy coincidence: Each May, goats trot through the streets of Covington during the now-annual event, and it routes right by the Arvin's front door.

Inside, the Goat features seating for 149, as well as a game room in the back. An outdoor patio plays host to many unique events.

"We've already got regulars, it's crazy," Dean Arvin said. "We have people who are here three or four times a week. Things have been going well, really, from day one. Steadily, we can see the increase."

There's momentum still to come. Last year, Kenton County broke ground on a new administration building, which will be built on the former Bavarian Brewery/Jillian's site  nearby. It could mean hundreds of potential new customers. Not to mention the recent influx of new condos and apartments.

"It's perfect," Dean Arvin said. "We get some great clientele. It's just a chill, comfortable place to hang out. It's been fun."