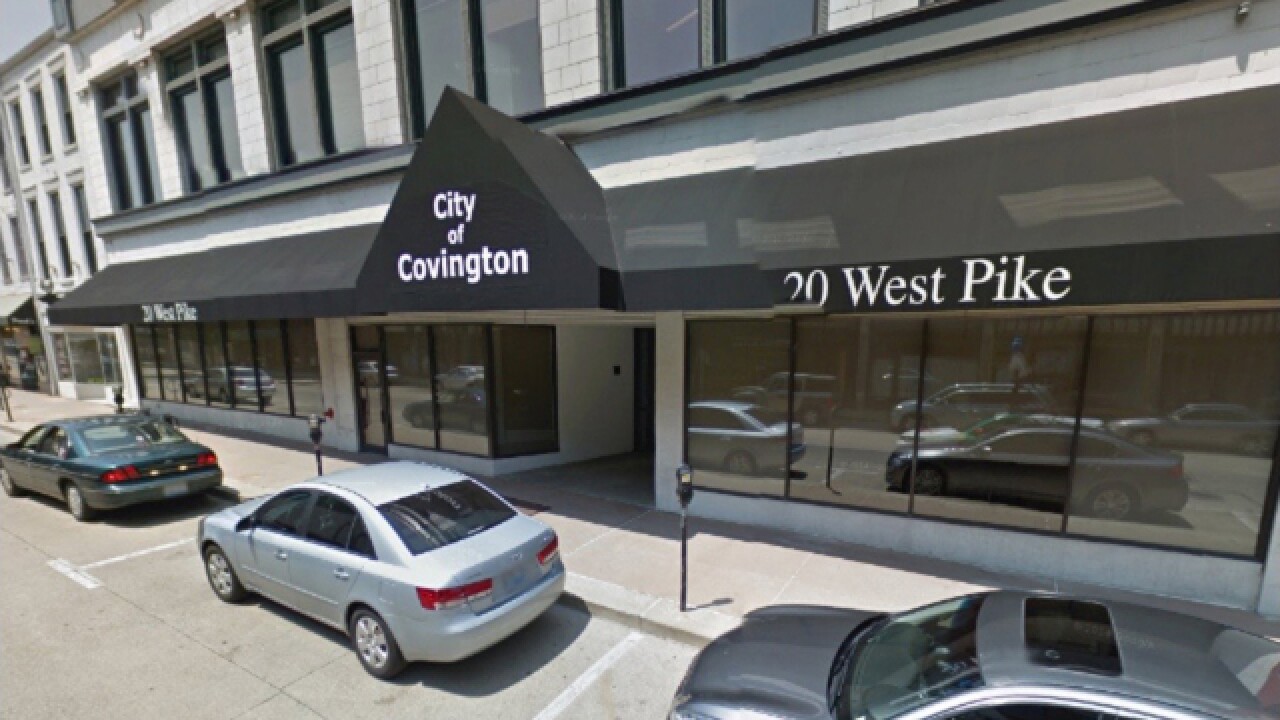 Copyright 2017 Scripps Media, Inc. All rights reserved. This material may not be published, broadcast, rewritten, or redistributed.
Contributed
<p>The city of Covington has had difficulty sorting out its structure and organization since a 2013 arrest for alleged embezzlement.</p>

COVINGTON, Ky. -- When Covington’s finance director was arrested in 2013 for allegedly embezzling nearly $800,000, city officials jumped in to clean up procedures and processes to make sure it would never happen again.

Two finance directors and three interim finance directors later, the same department’s structure and policies are again being looked by the Covington City Commission for lack of proper procedures and the 2016 re-creation of a combined finance and technology director position, something a 2014 state audit said needed to be separate.

Mayor Joe Meyer is adamant the positions must be separate.

"Fast forward a couple of years," said Meyer. "What did this last city administration do? They had the same person in charge of finance and technology."

While the finance department appears to be at the center of city hall's issues, it doesn't stand alone. Meyer and some commissioners see an opportunity to make changes and resolve what they see as long-term problems.

A formal organizational assessment costing $45,000 is due at the end of this month. The Arizona-based Municipal Solutions will make recommendations on what organization would work best for Covington.

Meyer said any new structure will be based on function and not around people’s personalities.

There has also been a long spate of resignations since Meyer was elected in November, including city manager Larry Klein in February, director of finance and operations (technology) Lisa Demarias in December, code enforcement manager Tom McDaniel and two code enforcement officers in May; development manager Donny Warner and assistant finance director David Mathews, both in February; and senior accounting manager Robert Hagedorn in March.

In June, the city hired Lexington attorney Scott White to investigate any allegations of wrongdoing, but would not elaborate as to why.

An audit, changes and then ...

Things appeared to be heading in the right direction after former finance director Bob Due was arrested and pleaded guilty and when Adam Edelen, auditor of public accounts for the state, completed an audit of the city's fiscal procedures in March 2014.

Among other things, Edelen’s audit said to segregate duties so that no one person could commit fraud; improve lax internal control; and segregate payable, receivables and payroll so no one person has complete access. The beginnings of a new policy manual also began to take shape.

After that, an operations (IT) director’s position was separated from the finance director.

Lisa Goetz was hired as the director but resigned in December 2015 to take another job. The commission moved Lisa Desmarias, the operations director, into the interim finance position while keeping her old duties. She drafted a job description for a "director of finance and operations" in January 2016, according to city documents. The salary range was listed as $96,869 to $154,991. That job description clearly combined financial and IT duties.

Commissioners approved the position on March 25, 2016, and Desmarais, already doing both jobs, was hired permanently April 5. There continued to be a separate accounts payable manager under the new position. Most commissioners signed off on the change, including current commissioners Jordan Huizena and Bill Wells.

Wells explained his vote. “We had a person qualified to do both," he said. "She had good people under her. She was able to split up revenues and payables, and there was an internal auditor who answered to the city manager. Those were some of the safeguards.”

Wearing many hats in Kentucky city governments is not that unusual, said Morgain Sprague, managing counsel for member cities at the Kentucky League of Cities.

“It’s going to depend upon the individual cities,” noting that cities are as small as 100 people up to Louisville in size, she said. "There’s really no requirement."

There's not a lot of theft across Kentucky, she added. "Most people go into public service to do the best they can for their county and city government," she said.

Wells said that after the state audit everything was corrected within six months. But “right now I don’t believe all his recommendations are in place.”

Commission Tim Downing said this commission "inherited some things that were less than ideal." He didn't want to comment further because they're understaffed and it would not be fair to assess the current team.

Remember that policies and procedures manual that was supposed to be created after the audit? It doesn’t exist. The existing manual is 22 years old and refers to a software system that is no longer used, said the mayor. Some new policies are written down, but most are just ones that staff remembers.

Creating a budget wasn’t in the audit list, but when it came time to do this year’s budget, the interim manager had quit and no one in the finance department knew how to do it, said Meyer. They hired an interim to get through the process.

On what scale, no one really knows. Meyer said he wants to fix things that don’t make sense in the city hall structure. He wants workable procedures so things get done.

"One of the biggest surprises has been the lack of internal procedures for the rest of city government," he said. "There are certain things that are supposed to be done at certain times, and sometimes staff does them and sometimes they don't."

One of his frustrations stems from a request for a report from the finance department that he made in January. "I still don't have it," he said. And of course, now staff is down in that department.

The report from Municipal Solutions is expected at the end of the month. What changes will depend upon the commission and community input, he said.

“Every six years we are reorganizing,” Wells said. “I’m not really sure why. If it ain’t broke, don’t fix it.” Wells should be happy, however, with more efficiency across the board.

Filling positions also is a priority.

“Every neighborhood wants to know what is going on with code enforcement,” Wells said. “I’m pushing as hard as I can to fill those positions."

Commissioner Tim Downing expects the assessment to provide direction and guidance. He said the staff has been participating in the process with the commission and Municipal Solutions.

"It's a little presumptuous right now to speculate on how (city hall) is going to look," he said.