Covington Catholic may be best Northern Kentucky football team ever

Lots of reasons to think so after latest rout 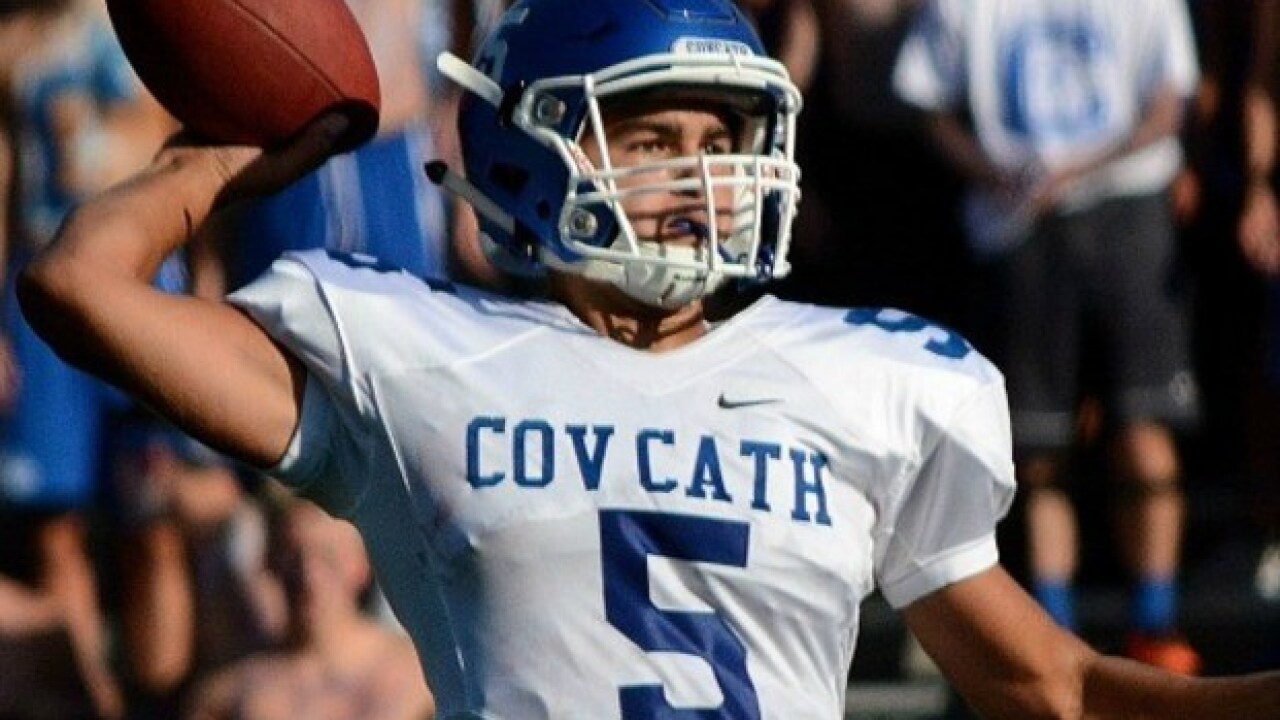 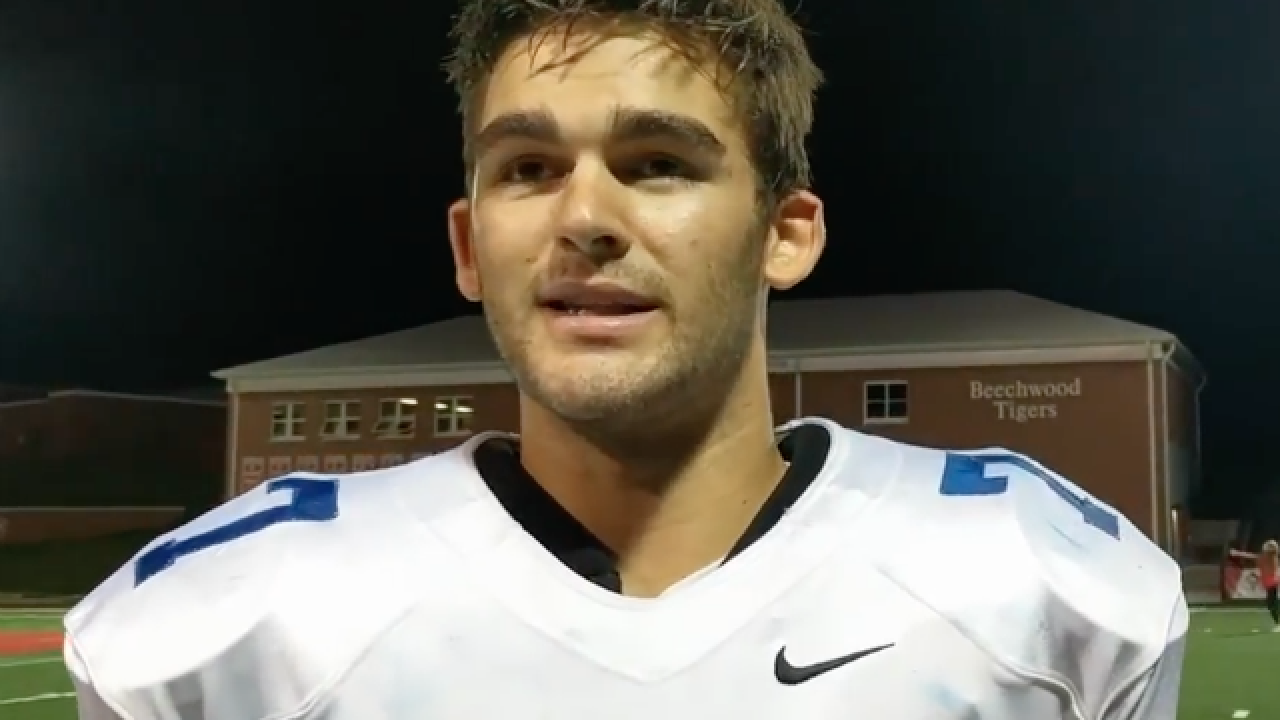 PARK HILLS, Ky.– AJ Mayer dropped back, surveyed the field and saw nothing but green in front of him.

He tucked the ball and took off, all the way to the left hash before cutting back across the field and following his blockers the opposite way, back to the side he’d come from. The 6-3, 205-pound senior quarterback finished the 33-yard run by stretching for the right pylon to score a touchdown.

It was the second play of the game. With 23 seconds gone, Covington Catholic led Bullitt Central 7-0 Friday night in the second round of the 5-A state playoffs. By the end of the first quarter, it was an unfathomable 42-0.

The clock was running – just as it has in every game against a Kentucky foe this season.

And the debate began, or rather, continued. Because people have whispered it all season.

Is this year's CovCath squad the best football team in school history? Is it the best in Northern Kentucky history?

“I think it’s the best team CovCath has ever had,” said 67-year-old Dennis Reibling, proud member of the class of ‘68. “The offense is just awesome, which means the defense isn’t on the field very much. I’m very impressed.”

Fans will point out the current squad could have up to seven Division I recruits, including (but not limited to):

“They’re the best in school history,” says Nate Thamann, who played from 1996-98 and now serves on the Colonels’ game crew. “The only argument you’re going to find is from past state title winners.”

Which brings up an interesting point: Can a team be the best ever if it doesn't win a state title? Some say this Colonel squad has as much talent as the Highlands teams of the late 1990s that featured Jared Lorenzen throwing to Derek Smith.

But those Bluebirds went 15-0 and won a state championship when Lorenzen was a senior.

“That’s what you have to do to be considered the best of all-time,” says CovCath play-by-play man Mark Wehry. “So it’s too soon to tell just yet.”

RELATED: See how we rate the state champion teams from Northern Kentucky.

But there are other arguments to be made.

That first quarter may have been the Colonels’ most impressive performance of the season.

In below-freezing weather, the Colonels surprised Bullitt Central with an onside kick to start the game and it was all downhill from there. With less than three minutes gone, it was 14-0. Two minutes later, it was 21-0.

By halftime it was 49-0, and Bullitt Central – a team that finished 8-4 – had no first downs as the Colonel second team was coming in. CovCath held Bullitt Central to just 34 yards of offense in the first half.

In a complete domination, the Colonels weren’t asked to do very much. AJ Mayer completed just 3 of 5 passes for 47 yards with two touchdowns in the first half. McGinness rushed seven times for 60 yards and three touchdowns.

The running clock for three quarters kept the score the same until the end. The Colonels won 49-0, and the game lasted just over 90 minutes.

For the Colonels, the path to greatness is clear.

“We’re still hungry – we know that we haven’t accomplished anything yet,” head coach Eddie Eviston said after the game. “We know we can do more to improve. From day one, we’ve been working all through the summer and fall and every kid in our program knows to respect every opponent. All that comes into play and if we have to travel for our next game, we’ll do it.”

And they’ll be one step closer to what everyone seems to think.