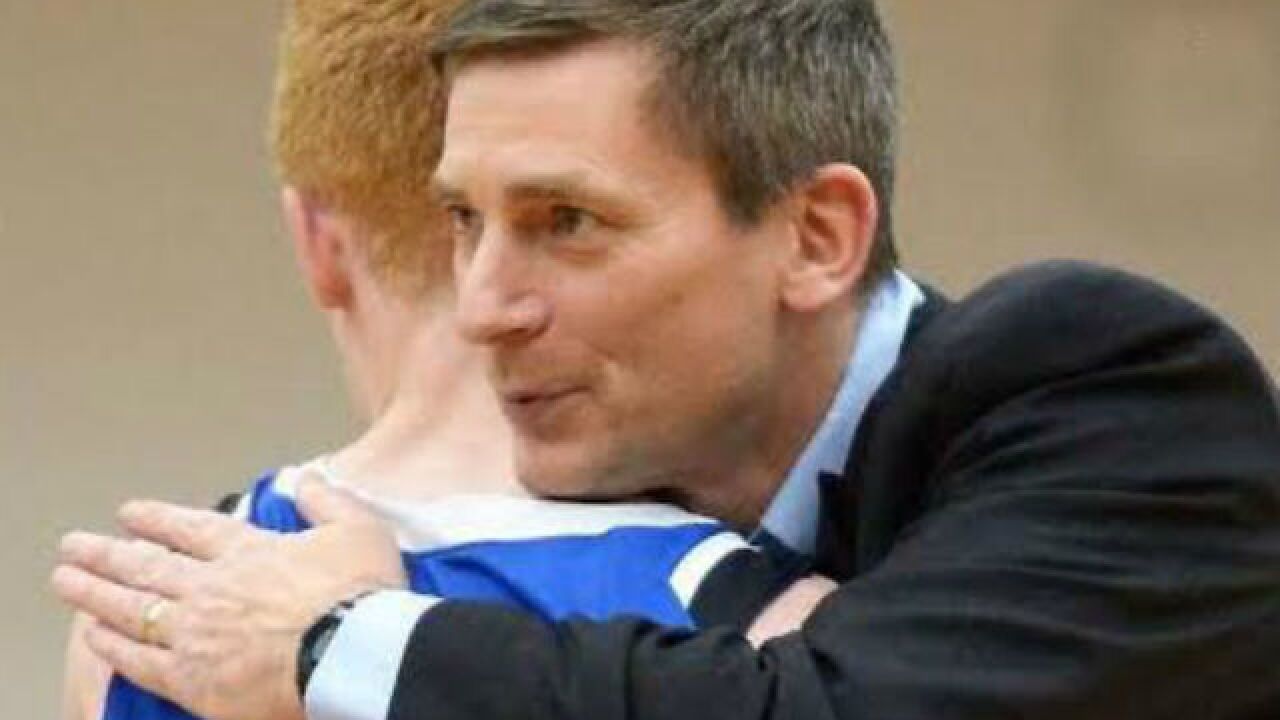 The CovCath guard was one of seven seniors who played their final home game of the season. And the players were ready to greet family and friends at mid-court.

A few minutes after the Colonels’ 84-59 win over Simon Kenton, Ruthsatz, a 5-foot-10 guard, didn’t fully grasp the completion of the final home game of his career.

“All the good moments playing here for the past three years for varsity -- it’s been a great experience,” Ruthsatz said. “It’s unbelievable knowing that it’s your last home game. When it starts to set in I will realize all the great memories I made here.”

CovCath (24-4), winners of 13 consecutive games, will very likely have plenty of tournament basketball ahead in the upcoming weeks. The Colonels close out the regular season Friday night at Madison Central before opening district play Feb. 21 against Beechwood in the first game of a tournament doubleheader at Holmes.

But Tuesday night was a good opportunity to reflect upon yet another steppingstone for a team on a journey this season. CovCath coach Scott Ruthsatz -- Aiden’s father -- made it a point to emphasize the significance of the final home game with his players.

“We talked a lot about that -- how special it is to play here,” Scott Ruthsatz said. “We haven’t had a ton of home games over the course of the year. Sending these seniors out -- we invested in these guys as sophomores -- and they haven’t disappointed. They’ve been in every type of situational game and I am so proud of them.”

The Colonels had 22 assists and just five turnovers Tuesday night.

“That just shows right there the willingness to do whatever it takes to help the team,” Scott Ruthsatz said of his collective group.

As the floor general, Aiden embodies that mentality for his teammates. His shot is pure. You expect a swish each times he rises up for a shot.

"Aiden is one of the top shooters in the state," CovCath Assistant Coach Joe Fredrick said. "Offensively he is really special catching and shooting the ball. He presents a major problem for teams because of his ability to shoot and drive the ball. I’m really proud of him. He’s worked his tail off and become a high-level player."

A combination of genes (Scott played at St. Mary's Central Catholic in Sandusky, Ohio), an elder sibling (Nick starred at CovCath and graduated in 2014) and hundreds of shots during practice and in shootarounds has paid dividends.

Multiple times it was all nylon Tuesday night. He and Fredrick could score more points, but they understand the team concept first.

“I’m really proud of Aiden for taking another step forward and being able to develop as a player,” Scott said. “He’s very hard-working. He’s always in the gym and he wants to be really good.”

"It’s not always easy being the coach's son, but Aiden has handled that pressure and is a wonderful teammate and so coachable," Fredrick said. "His defense is improving and he’s especially tough on the ball. He’s had an all-region year and will merit all-state consideration."

And he leaves his ego outside the gym. His laid-back style complements his teammates.

“We’re pretty much all brothers on the team,” Aiden said.

Scott knows that is the preferred approach from his son. He’s honored to coach his Aiden -- one of seven children for Scott and his wife, Jessica, who live in Edgewood. His eldest son, Nick, helped lead CovCath to the 2014 state title when Aiden was in eighth grade.

"He's really beginning to get more confidence in himself as a person and through basketball," Nick Ruthsatz said.

Nick, who is in his final semester at Findlay University, helped Aiden realize the expectations and being prepared for the competition at CovCath. Dad was appreciative of that.

There were plenty of one-on-one games over the years between Nick and Aiden. Their personalities are different but their love of basketball is the same.

After last season's regional final loss, Aiden wrote down a list of workouts. He wanted to earn a scholarship and help his team pursue the ultimate goal.

Scott and Nick were watching of the 2014 state final on YouTube over Christmas break. Scott is hoping to do the same with Aiden one day.

“You worry sometimes in this situation that he’s playing for his dad and that’s tough enough,” Scott said. “Two, he’s playing with his brother with the name -- and Nick did a lot of good things here. Sometimes that’s overwhelming for a younger brother. But I really give Aiden credit -- he didn’t get into that. His personality is much more laid back. And to overcome all that and get a scholarship to Christian Brothers -- I couldn’t be prouder.”