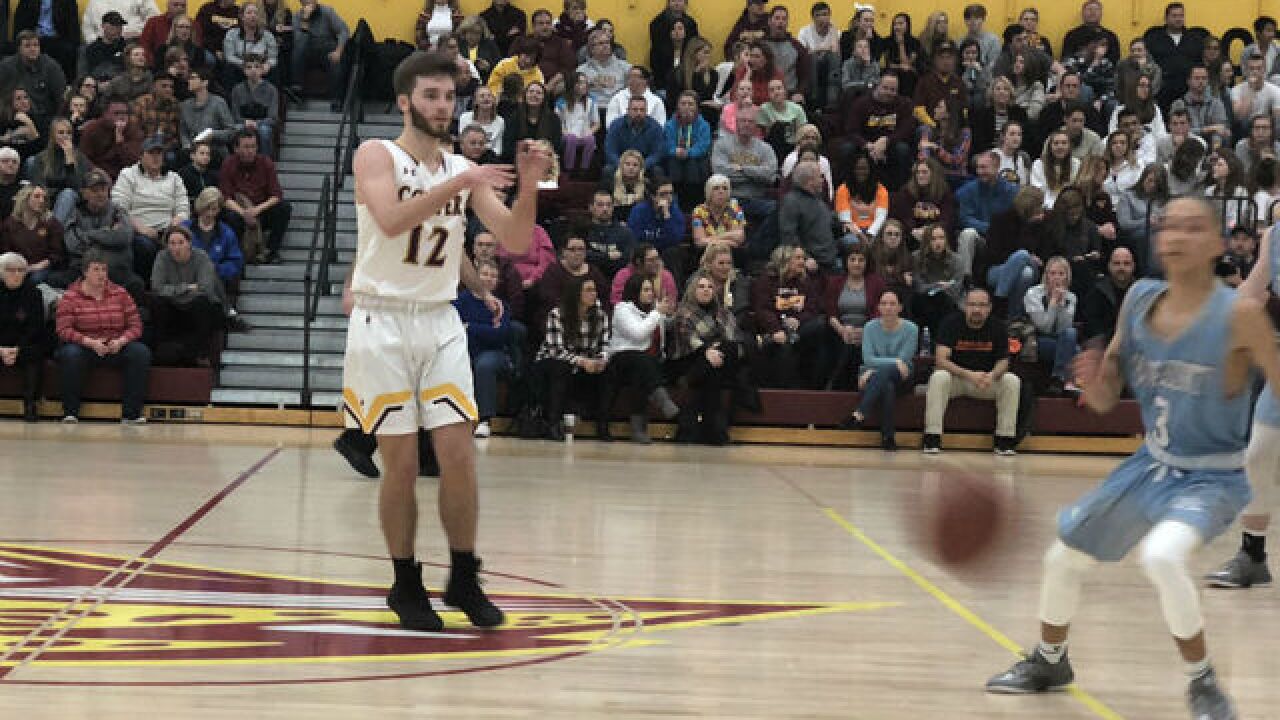 UNION, Ky. -- Their leading scorer was seated on the fourth chair down in street clothes with a bandage on his nose and the Cooper Jaguars boys’ basketball team trailed school-district rival Boone County 42-30 early in the second half last Friday.

Senior Adam Kunkel, who averages 21.3 points per game this season, was out with a broken nose. The Jags’ third-leading scorer, senior Braydon Runion, was out of town to work out with the New York Mets.

Unworkable? No way -- not for the defending Ninth Region champions and 2017 state runners-up.

Panic and despair never emerged on the Cooper bench Jan. 5 and the Jaguars (14-2) rallied for a 62-58 win over the Rebels at Cooper, further fortifying themselves as a favorite atop the region for a second straight year.

“Essentially, when you look at it, that’s 36 points and 17 rebounds for us,” Cooper coach Tim Sullivan said. “So, the fact that we scored 62 points really makes me excited.

“It goes to our seniors and it goes to our program. They have that confidence and it comes from the fact that they put the work in every day. Our kids believe. There is a calmness about them.”

It’s a calmness and gritty confidence that comes from an experienced coaching staff that has been together since the inception of the program during the 2008-2009 school year. The team is also conditioned from now three years of experience in dealing with adversity.

The Jags had to play without then-senior standout Sean McNeil and his brother, then-junior Chris McNeil, for a month last season. The year before that, Sean McNeil and then-sophomore Kunkel missed a month and another key player, Dante Hendrix, missed the regional tournament with a broken wrist.

In each case of trouble, Cooper players have stepped up. Last Friday, it was junior Blaine Walters who led the Jags with 16 points, nearly 10 more than his average. It was Chris McNeil, now a senior and the second-leading scorer at 11.1 points per game, who added 14 and senior Noah Schidler who scored 12, nearly tripling his 4.4 average.

“We trust in Sully and we trust in all our coaches,” Chris McNeil said. “It’s a family -- that’s what we call it. We have it on the back of our warmups and we believe it. That’s just how we are. It’s our culture and we just play for the program. The program has this culture that you just go and fight. That’s what we do every night.”

It’s not about playing outside their ability. It’s about getting the job done.

“Our guys realize they can’t do something they’re incapable of, but they realize they have to do a little bit more,” Sullivan said. “You have to trust in your system.”

That’s why there was no panic when Kunkel broke his nose against Rocky River, North Carolina, Dec. 30 at Lexington Catholic, or when doctors discovered two other breaks in his nose last week during surgery.

“It’s a curse and a blessing,” Kunkel said. “It’s a blessing because other guys get to step up and be thrown into the fire and get this opportunity to play in these types of games. We’ve gone through a bunch of adversity and all our guys know how to face it.

Kunkel hopes to be back on the floor this week, if not for a Tuesday game at Simon Kenton then perhaps by Friday when the Jags have a rematch against Covington Catholic (12-3) at Northern Kentucky University’s BB&T Arena. Cooper beat CovCath, 62-59 Dec. 23 at the King of the Bluegrass event at Fairdale High School near Louisville.

If he’s not in the lineup, the Jags won’t flinch.

“We’re still a family and we’re all brothers out there,” Kunkel said. “We’ve got one of the best coaching staffs in the state. It’s a grind and we know how to fight through this. Our guys know what we have to do and we’re going to try to match last year.”