Connor Kinnett is an obvious leader for the Harrison football program 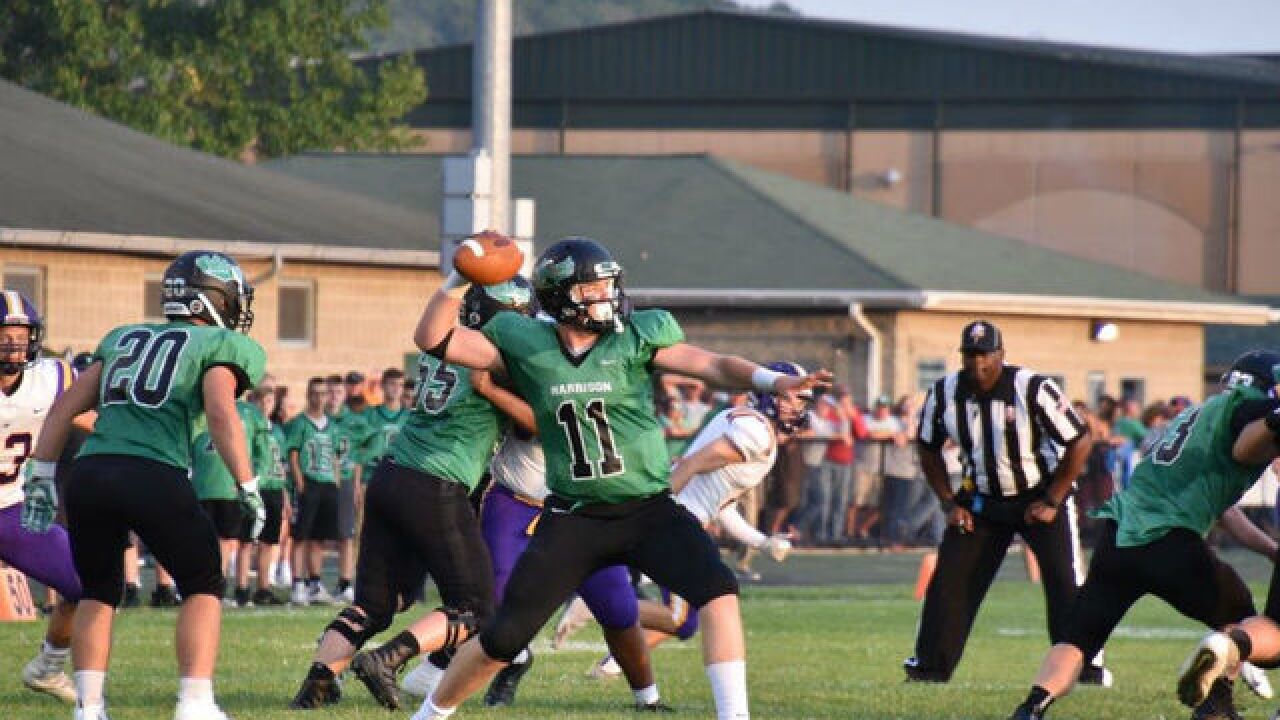 Copyright 2018 Scripps Media, Inc. All rights reserved. This material may not be published, broadcast, rewritten, or redistributed.
<p>Harrison junior quarterback Connor Kinnett has thrown for 2,231 yards and 22 touchdowns for the Wildcats this season. (Photo courtesy of Sandy Minor)</p>

Kinnett, who also plays basketball and baseball for the Wildcats, has thrown for 2,231 yards and 22 touchdowns. He also has rushed for 254 yards and six touchdowns.

The Wildcats are in the playoffs for a third consecutive season and 12th time overall. Harrison (7-3) will play at Troy (9-1) in a Division II regional quarterfinal at 7 p.m. Friday.

RELATED: An early look at the first round playoff games this weekend

Harrison has won five consecutive games and Kinnett is a significant reason why. But his leadership on and off the field is evident in how he interacts with teammates and coaches while being committed to his academics.

“He hates to lose so much,” Harrison coach Derek Rehage said.

Although Troy Kinnett is a longtime high school head coach, he allows his son to create his own path.

“His dream is to play college football,” he said.

He wants his youngest son to stay focused, have fun and know his parents love him. His parents have attended every game and that means the world to Connor, who enjoys watching University of Cincinnati and Ohio State games on weekends.

Connor suffered a fractured wrist during the Talawanda game Sept. 28 and a separated shoulder the following week against Little Miami, Troy Kinnett said. But the quarterback has persevered. He was scheduled to get an X-ray on his wrist Tuesday.

That grit and determination is evident to his coaches. Rehage said Connor reminds him a bit of Ben Roethlisberger, who Rehage played with as a linebacker at Miami University in 2001.

“His ability to throw the ball down the field is huge,” Rehage said. “He is a big guy and is pretty quick and elusive. He is able to extend plays.”

Connor enjoys the atmosphere around Harrison football. He enjoys eating Alfredo pasta during pregame meals. He also likes the fact that Harrison's stadium has one of the few remaining grass fields, which gives the Wildcats a built-in advantage.

He is grateful for the opportunity to be with his teammates and his family in the Harrison community. He's humble, quiet and loyal.

Those are characteristics that have aided the team this season after a few early losses.

“We’ve just come together,” Connor said. “We were in a bad spot at the start of the year. We’ve come together as a team and played as one.”