Condos aren't just for empty-nesters anymore. Young professionals are snapping them up 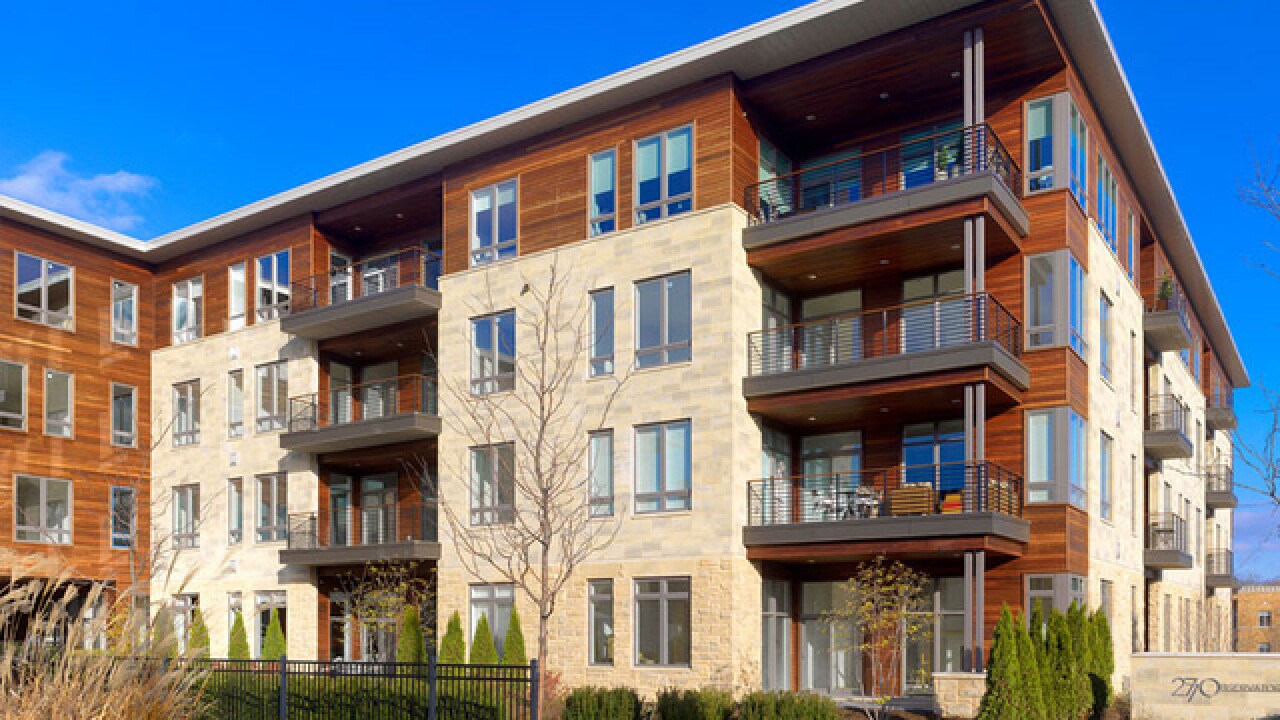 Copyright 2017 Scripps Media, Inc. All rights reserved. This material may not be published, broadcast, rewritten, or redistributed.
Provided
<p>The condominium project at 2770 Observatory in Hyde Park is new on the market with only nine units left, at over $1 million. (Photo provided by <span data-scayt_word="Sibcy" data-scaytid="3">Sibcy</span> Cline)</p>

CINCINNATI -- The condo lifestyle has once again become a hot spot in the market -- only this time around it's not just attracting empty-nesters. It's a market that's going to continue to grow, according to developers and realtors.

In the mix are young professionals who want to own something that requires little work, or people who've split in a relationship, said Paul Zeltwanger, managing member of Joshua One developers in Covington.

It's the lifestyle a condo offers and, in Cincinnati's case, a draw to be closer to Downtown.

"We're continuing a re-urbanization boom, especially in Cincinnati," said Zeltwanger. "People want to be close to Downtown, where they can Uber in for dinner or events."

"They want to be where there is activity."

The last time this market had significant growth was prior to the recession. Northern Kentucky has experienced the biggest jump in the region, from 205 condominiums sold in 2006 to 882 in 2016, according to Northern Kentucky MLS.

"Cincinnati lagged behind bigger cities" in developments after the recession, said Sibcy. "But that's changed."

Those numbers don't reflect 2017 sales. For example, only nine units out of 30 remain for sale at 2770 Observatory, which opened this year, said Sibcy. Homes there cost upwards of $1.075 million.

Those high prices are a confidence-builder for folks investing in one residence within a building or community, where upkeep and resale are important, local realtors say.

And there's still room for more condos in all price sectors, said Sibcy.

Joshua One is developing the land where the old Gateway Community College campus sat in Covington. CondoView LLC recently closed on the $3.2 million deal in which Joshua One will build 100-200 condos, said Zeltwanger.

Zeltwanger said the property is next to their other Covington condominium development, The Views, where units start at $500,000.

For people who wish to live in the suburbs, there are still plenty of condos for sale across Greater Cincinnati.

For those who want a condominium concept, but with a little green space, there's also landominiums -- not likely listed as a condominium in sales reports.

John Toebeen, president of Toebben Builders in Crescent Springs, is offering maintenance-free custom homes where owners don't have to lift a finger outside. All landscaping and maintenance is a part of the community perks, as well as a clubhouse and pool. Prices start at $495,000 and up and are mostly attracting empty-nesters, he said. Sixty percent of his buyers are from Ohio, he noted.

"From our end, we can't build them fast enough," he said. "People are selling their homes and want a place to move to."