CINCINNATI – Get ready to enjoy tacos, tequila and margaritas at the Banks this spring.

"We're glad to be right across the ballpark," Kahn said. "That's what drew us, the marquee location."

Condado Tacos first opened in 2014 in Columbus. The restaurant currently has four Columbus locations and another in Pittsburgh.

Kahn said people can expect affordable food made with fresh ingredients when they visit the eatery at the Banks.

"Back when this all started, I thought about a place I would like to go to two to three times a week," Kahn said. "I didn't want to go to a traditional Mexican restaurant. I just wanted to focus on one thing and do it really well. To me, tacos are the new sandwich."

"We'll be naming a few tacos and other unique menu items in honor of Cincinnati baseball," Kahn said. 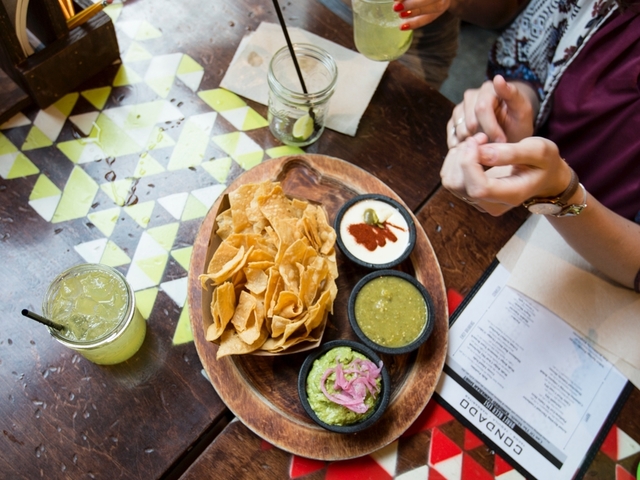 Condado's drink menu includes margaritas, cocktails, wines and sangria. The margaritas are available by the glass or pitcher.

Condado's decor at the Banks will include artwork similar to that found in other Condado locations, Kahn said.

"Our artists work really hard on each location," he said.