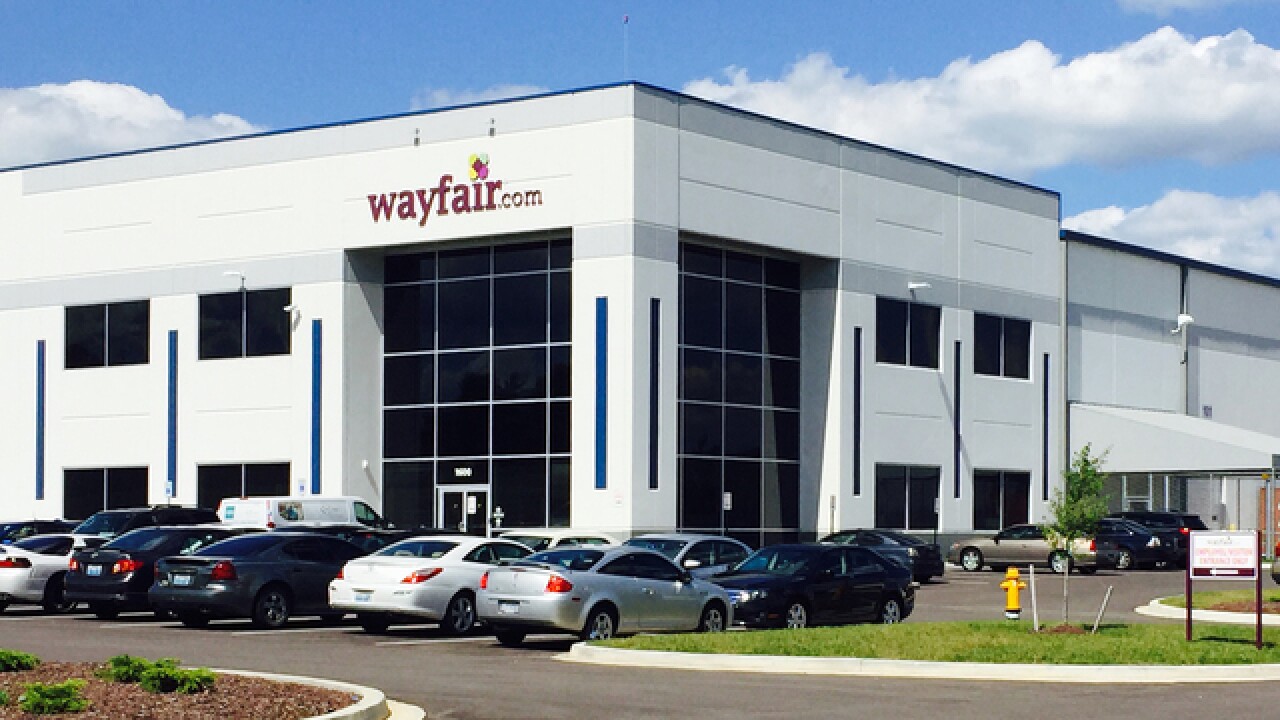 Copyright 2017 Scripps Media, Inc. All rights reserved. This material may not be published, broadcast, rewritten, or redistributed.
Vicki Ashwill
<p>Wayfair spent hundreds of thousands of dollars for stream mitigation while constructing its warehouse near the Cincinnati-Northern Kentucky International Airport.</p>

CINCINNATI -- When the White House asked businesses what regulations need to be changed, commercial developers and manufacturers already knew what would help them the most, what would save them time and money.

Stream mitigation, transportation, tax reform and commercial lending might sound like jargon to most, but business experts say existing regulations are hurting business growth in Cincinnati and Northern Kentucky.

"There's the popular phrase that time kills deals," said John Curtin, senior vice president for corporate business development for the Paul Hemmer Companies in Fort Mitchell, talking about the time it takes to get approvals from the Army Corps of Engineers. "With these government agencies, there's not a specific deadline."

It's those kinds of issues that drove President Donald Trump to instruct the Commerce Department to seek public input earlier this year on what federal regulations and construction permits were hurting domestic manufacturing. The suggestions thus far range from wanting increased drilling on the Gulf of Mexico to coal tar regulations that affect pavement projects to 401K business fees to permits required by the Occupational Safety and Health Administration and the Environmental Protection Agency.

Curtin was talking specifically about streams, which are under EPA rules and reported on by the Corps of Engineers.

States have to follow federal rules, but each state has its own interpretation on how to meet those regulations, which complicates the matter, said Brian Miller, executive vice president of the Home Builders of Northern Kentucky.

All stream issues, which vary from real streams and waterways to natural ditches and crevices, are expensive to resolve. But one of the toughest on hilly properties here is the natural type, called ephemeral streams. Water finds its own way to drain from hillsides, and regulations require a report on solutions, which can take a couple of months. Then the report is sent to the EPA, which can take four months to a year, said Curtin. Costs for big projects can increase by hundreds of thousands of dollars.

Jim Neyer, executive vice president of real estate development for Al. Neyer in Cincinnati, said evaluations of the streams and wetlands across the U.S. is also inconsistent. Al. Neyer has offices in several states, so this can be a source of significant frustration.

"The answers and timing from the Corp of Engineers, who are in theory operating under the same rules, can be different. That's frustrating," he said.

If there are pressing deadlines and too many costs, the company might look to flatter land and relocate to Columbus or Indianapolis instead. Curtin did say that flat land still has stream and water issues, but not usually as extensive and hillsides.

Miller said they want these regulations revised to make it more efficient and less costly to deal with basic runoff streams as well as improve the time frame for report processing.

Neyer, who also and sits on the national board of commercial real estate organization NAIOP, said manufacturers are looking at tax reform, commercial lending and transportation.

"Taxes are a very complicated system," he said. "People understand the devil they know versus the devil they don't." He said it needs to be looked at comprehensively as it's reformed.

NAIOP is concerned about regulations that would harm the industry, including a portion in the House Blueprint released last summer that would replace depreciation with immediate full expensing of tangible property and real property. Other tax proposals would eliminate capital gains, which would increase business taxes.

Part of the Dodd-Frank legislation passed after the financial crisis of 2008 put more barriers up against commercial lending. "We had some banks pull away from deals" because of the rules, Neyer said.

Those rules require banks to hold 50 percent higher capital reserves on referring to acquisition, development and construction loans (ADC loans) for commercial real estate projects, according to the NAIOP website.

And of course transportation is key to it all, and although that means nationwide infrastructure upgrades, here it is tied to the Brent-Spence Bridge.

Businesses need good road infrastructure in place, said Neyer. "The current model (for funding) is not working with the gas tax," he said.

Revenue is not keeping pace with expenses, he said. The federal tax has not been increased in decades, and cars are now using less gas, or none at all. Add to that Congress' short-term funding bills, and there's never enough money for bridges and roads.

"They don't know if the money will be here to approve projects five years from now," Neyer said.

It's a Kentucky funding issue, but they won't do another toll bridge, instead waiting for federal dollars, said Neyer.

"We've had two presidents point at this bridge and say it's a problem."

Both Trump and Obama said something needs to be done, he said. Neyer said he doesn't blame Obama for not accomplishing this, but he hopes real action is ahead. NAIOP wants continued funding for private sector investment and to change rules that deter investment.