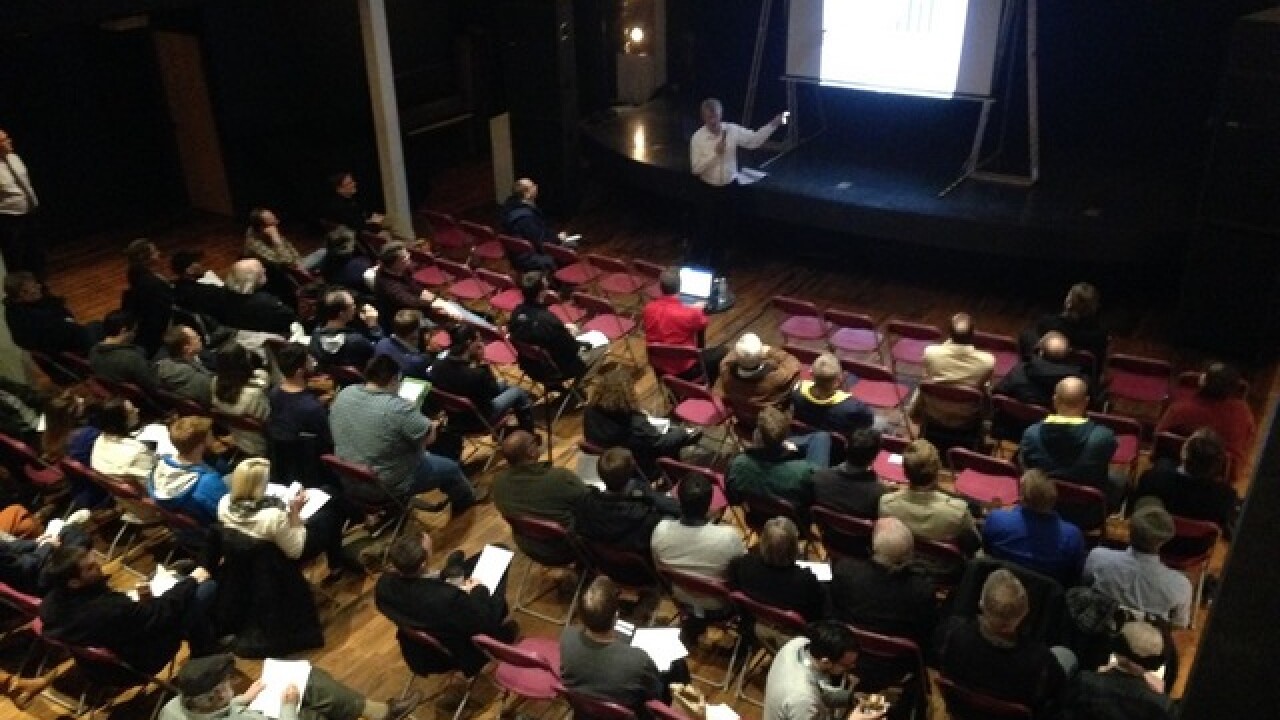 CINCINNATI -- After nearly three years since it began, a study of possible changes to Liberty Street in Over-the-Rhine is close to concluding.

The city's Transportation & Engineering department will hold an open house Tuesday at the Woodward Theatre, 1404 Main St., from 6 to 7:30 p.m. for a final presentation of the Liberty Street Safety Improvement Study.

Department officials will review the two designs for Liberty Street that were chosen from eight originally under consideration.

"The goal of the study is to balance the needs of all users so that the roadway allows safe, convenient and comfortable travel and access for pedestrians, automobiles, Metro bus users, the streetcar, and people on bicycles," the city's website says .

The five-lane concept would reduce the width of Liberty Street from its existing seven lanes and "visually reconnect (the neighborhood) back together," but street parking would not be permitted on either side between 7 a.m. and 7 p.m. on weekdays.

The six-lane option would allow street parking on one side at all times, but would not reduce the length of pedestrian crossings as much as the five-lane concept.

City officials will discuss how they arrived at the final two design concepts, project cost estimates, and how the changes will affect the future development of Over-the-Rhine, according to city spokesman Rocky Merz.

Merz declined to provide answers to specific questions about the study, but said answers would be provided at the public meeting.

The Over-the-Rhine Community Council is expected to vote to approve one of the two options in September.